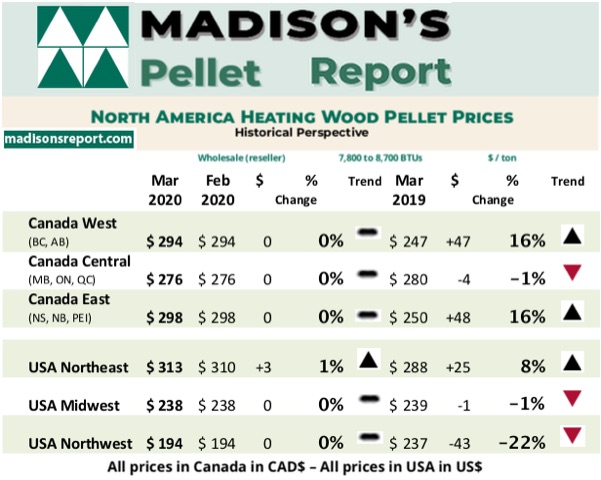 The United Kingdom set a new record for electricity production using biomass sources last year, according to a 4Q 2019 Electrical Insights Reports produced by researchers at Imperial College London in collaboration with UK energy giant Drax. The report also showed a decrease in electricity production from coal, down to two per cent. Reductions in overall electricity demand were observed too, with 2019 marking the first year in which the country’s electricity averaged below 200 grams of carbon dioxide per kilowatt hour.

Biomass was shown to provide a larger reduction in emissions and wholesale power prices than solar power relative to the proportion of installed capacity. Biomass accounted for approximately seven per cent of the 76.5 terawatt hours (TWh) of total electricity supplied to the UK during 4Q 2019, while other sources of power over the same period were broken down as follows:

Biomass capacity in the UK was 3.2 gigawatts in 4Q 2019, the same as 4Q 2018, while biomass energy output was up slightly to 5.3 TWh during the three-month period. Biomass capacity utilization maxed out at 100 per cent while posting an average of 77 per cent.

Meanwhile, a report released by the UK’s Department for Business Energy and Industrial Strategy (BEIS) indicated similarly promising growth of renewable energy last year. Electricity generated by renewable sources – including wind, solar, and bioenergy – accounted for a record 31.8 per cent of total energy supplied to the country in 2019, up from 27.5 per cent in 2018.

The Electric Insights Quarterly Report can be found here, while more detailed estimates of 2019 UK energy statistics are expected to be released soon.

Spain-based Greenalia SA opened the Curtis-Teixeiro biomass-fired power plant on March 1, with electricity sales immediately commencing. The facility has a stated capacity of 50 MW and electricity will be sold under a remuneration rate secured in Spain’s 2016 government auction. Feedstock for the plant will come from forest waste residue supplied by Greenalia’s subsidiary Greenalia Forest.

Canada and the U.S.

Here’s a look at pellet prices in Canada and the U.S. over the past few months. 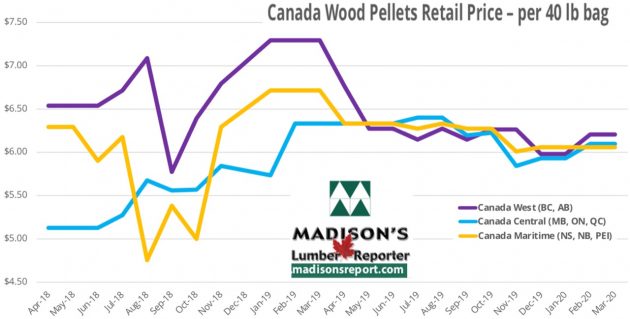