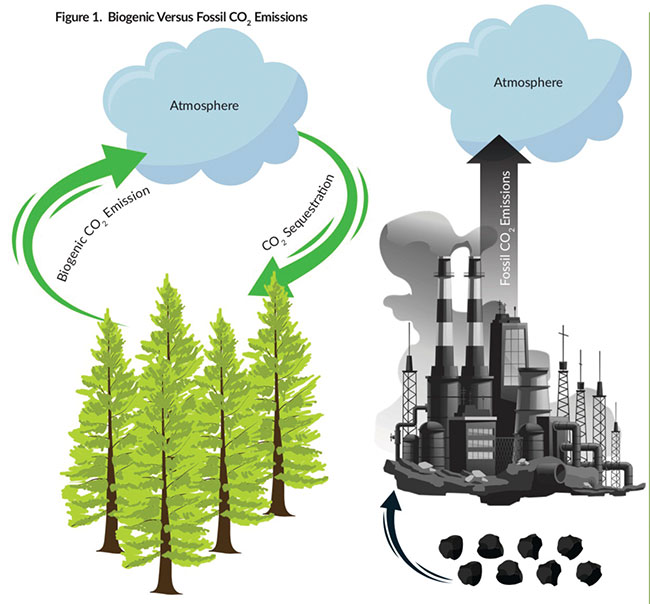 For decades, wood waste from manufacturing was burned in beehive burners and unwanted logs, branches and tops from harvesting were left on site, creating a fire and insect risk. Today, an increasing amount of that waste is being turned into wood pellets in Canada. Those pellets are used around the world to produce clean energy and to displace fossil fuels – supporting efforts to meet important global climate change targets.

Biomass, particularly wood pellets, is part of the climate change solution as we transition away from fossil fuels. The energy industry is increasingly using wood pellets to replace fossil fuels to substantially lower greenhouse gas (GHG) emissions. For example, at Drax Power Station in the UK, even after accounting for fossil fuel emissions along the supply chain during harvesting, manufacturing and transportation, wood pellets lower GHG emissions by more than 80 per cent compared to coal.

Power producers are not the only ones supporting energy from biomass. The United Nations Intergovernmental Panel on Climate Change (IPCC), the world’s leading authority on climate change, has recognized the significant GHG mitigation potential of biomass – as much as 80 to 90 per cent – provided that it is developed sustainably and used efficiently.

The need for sustainability is a strong argument for Canadian wood pellets. Canadian wood pellets are produced entirely from the residuals of sustainably managed forests. Those forests are highly regulated to ensure that Canada’s forests will not be depleted over time and the regulations are enforced by governments and backed by independent certification.

CO2: fossil fuels versus biomass
While both fossil fuels such as coal and biological materials like wood pellets emit carbon dioxide (CO2), it’s ultimately the source of that CO2 which determines the impact it will have on the atmosphere. Coal is a very efficient fuel, in that it provides more energy per kilogram than biomass, but it is not a renewable one. Coal is mined from carbon sinks that took millions of years to form, so when it is burned to produce energy it increases the total amount of CO2 and other potent GHGs in the atmosphere. Energy made from woody biomass comes from burning carbon drawn out of the atmosphere by trees within the last 150 years; most of the carbon from those trees is being held in long-lived forest products and in most jurisdictions in Canada, harvested areas are reforested and start drawing in CO2 from the atmosphere within a year of harvesting. Those factors make woody biomass a renewable energy source and an important alternative in the transition away from fossil fuels.

More to CO2 and pellets:
Carbon dioxide is not the only GHG, nor the most potent one. The chart below, based on IPCC data, shows some naturally occurring gases, such as methane, have a much higher global warming potential than carbon dioxide. As an example, the methane produced from decomposing wood is a more potent greenhouse gas than the carbon dioxide produced from combustion.

Sustainable forest management and carbon storage
Like wood pellet customers, other consumers of forest products want to ensure those products come from sustainable sources. Canada’s forest sector depends on sustainably managed forests to make lumber, panel products like plywood and oriented strand board (OSB), and pulp and paper products like tissue, cardboard and printing paper. Only 0.3 per cent of Canada’s forests are harvested annually and overall Canada’s forests are growing faster than they are being harvested.

It is a fundamental requirement of sustainable forestry that the carbon stock in forests remains stable or increases over time. Forest professionals manage whole forests by dividing them into hundreds of individual forest stands or sections. As one plot is being harvested, another is being planted, another is being thinned, while in yet another, crews are removing competing brush by hand to allow the trees to grow faster. While this is happening, the stands are being managed for other important values such as biodiversity, recreation and cultural heritage.

Since only a few forest stands are harvested each year, growth in the hundreds of adjacent stands adds up to at least the same, but most often more than the amount harvested. Newly planted stands sequester only small amounts of carbon, but as they increase in age, will store more and more carbon over time until they reach maturity. At maturity, both growth and carbon sequestration slow, until finally the trees are harvested, and the cycle begins again. This concept is important in understanding forest carbon accounting. 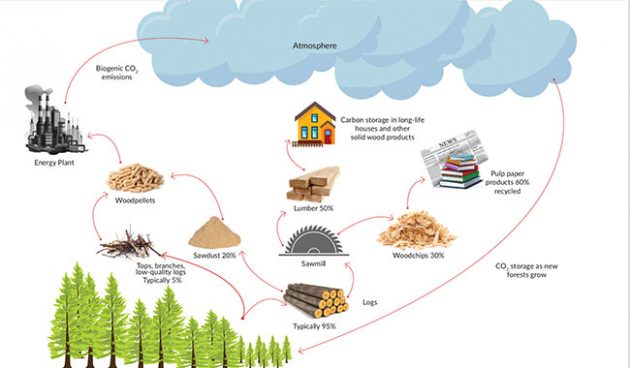 Figure 2. The carbon cycle in a sustainably managed Canadian forest.

When a single forest stand is harvested, about half of the carbon ends up being stored in long-lived forest products. In North America, 2×4 lumber is used to build 90 per cent of North American houses, which last for many decades. Paper products, which are recycled up to seven times, also store carbon. Canada’s approach to sustainable forestry ensures its forests as a whole act as a carbon sink. New engineered wood products are allowing wood to store carbon in even longer-lived structures.

Despite the growing demand for clean energy, only a small amount of biomass makes its way into wood pellets. Canadian wood pellets are produced entirely from the residuals of sustainably managed forests. Taken as a whole, these residuals account for about four per cent of the annual harvest in Canada.

Natural Resources Canada, in its 2019 annual report on the State of Canada’s Forests, confirmed that Canada’s managed forests are consistently a net carbon sink. Unfortunately, in recent years, global warming has accelerated the number of natural forest fires. The annual forest area burned is 15 times larger than annual harvesting and has caused excessive CO2 emissions. The wood pellet sector has an important role to play in reducing wildfire risk by salvaging a portion of the burnt timber as raw material and replanting some of the more accessible burnt areas, turning them back into carbon sinks.

While wood pellets are already part of the climate solution, the future holds even more promise. Emerging technology such as carbon capture and storage (CCS) promises to use wood pellets to achieve negative GHG emissions which are mixed with a solvent and then, instead of being released to the atmosphere, are sent through a pipeline to deep underground air pockets where they are permanently stored.

Large-scale CCS technology is just starting to be commercialized. There are currently two commercial scale coal power stations using CCS: SaskPower’s Boundary Dam project and Petra Nova’s project in Texas. Drax Power is working on CCS technology for biomass, and, when ready, it will actually enable negative emissions from wood pellets; that is to say, it will essentially suck GHGs out of the atmosphere.

The increasing demand for sustainable wood pellets generates two wins: reducing GHG emissions abroad and reducing forest waste domestically. Sustainable Canadian biomass, and the wood pellets made from it, are an excellent option for energy producers looking to lower their GHG emissions. Canadian wood pellet producers understand the needs of their customers and demand sustainable biomass from their suppliers even as they help their suppliers reduce waste. Both objectives support the goals of governments seeking better utilization of natural resources and more jobs from the natural resource sector. It’s a natural win for everyone.