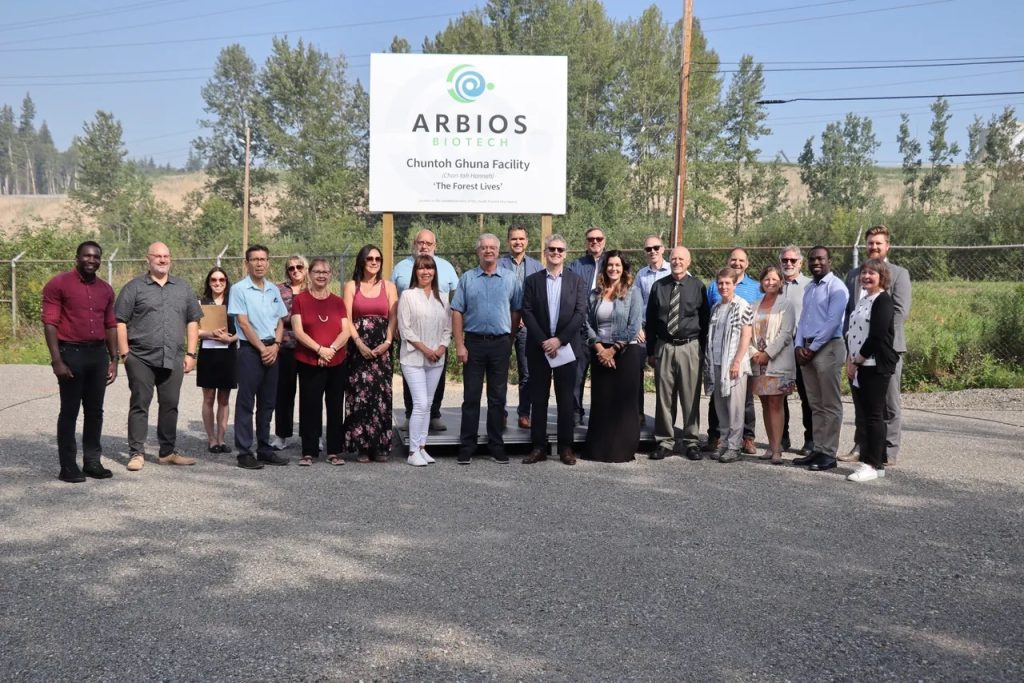 Arbios Biotech and the Lheidli T’enneh First Nation announced the naming of the Arbios commercial scale facility in Prince George, B.C., which is now known as Arbios Biotech Chuntoh Ghuna and means “The Forest Lives.”

The Lheidli T’enneh First Nation and Arbios Biotech have been working in close partnership to develop the renewable biofuels facility, including the site preparation. The facility is located on the unceded and traditional territory of the Lheidli T’enneh.

“Having a plant name in Lheidli T’enneh’s dialect, Dakelh, has great significance for our Nation members” said Chief Dolleen Logan of the Lheidli T’enneh First Nation. “It demonstrates an observance of our ancestral lands and culture, and shows that it is possible for Indigenous communities and industry to work in harmony towards environmentally sound and mutually beneficial objectives. We are excited to be involved in a project that aligns with our environmental goals.”

A phased approach is being taken for the development of Arbios Biotech Chuntoh Ghuna, which will initially consist of one processing line. The facility will use the innovative Cat-HTR process to convert 25,000 dry tonnes of woody biomass including sawmill wood residue into 50,000 barrels of sustainable bio-oil per year, producing a direct substitute for fossil crude.

“We are honoured and delighted that the Lheidli T’enneh First Nation have named our first commercial scale facility,” said Alan Nicholl, president and CEO, Arbios Biotech. “We are pleased with the support and collaborative approach the Nation has taken with respect to this project. We look forward to continuing to work together as we strategically use our resources to bridge to a lower carbon future and use advanced technology to drive higher environmental and economic value from lower value residues.”

As an important step towards increasing the availability of low-carbon transportation fuels, the project is receiving strong support from both federal and provincial government programs, including receiving credits under BC’s Greenhouse Gas Reduction (Renewable and Low Carbon Fuel Requirements) Act; funding from Sustainable Development Technology Canada; the BC Ministry of Energy and Mines and Low Carbon Innovation’s Innovative Clean Energy Fund; and the Department of Natural Resources Canada’s Clean Growth Program.