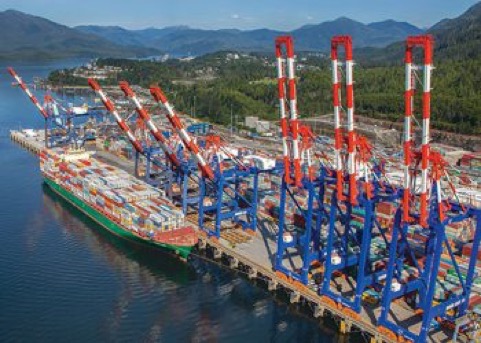 Last week, the Government of British Columbia announced a $25 million contribution to a significant expansion project at the Port of Prince Rupert. The $250 million project is funded through a mix of public and private investment, and will expand the Ridley Island Export Logistics Platform to improve the port’s ability to transload pellets and other resources products shipped by sea aboard container ships. It’s a move welcomed by the pellet sector for efficient logistics and transportation to market, and it’s good news for our customers in Asia who rely on responsible, renewable and clean energy from pellets to achieve their greenhouse gas (GHG) targets.

Wood pellet producers in Western Canada – particularly Northern B.C. and Alberta – rely on the Port of Prince Rupert to serve their global customers. While most pellets are shipped using bulk carriers, some pellet exporters are interested in servicing smaller Asian ports that can only handle containers. This project will expand the transloading capacity – that is, the ability to transfer a product from one mode of transportation to another, like from rail or truck to ship – from 75,000 20-foot equivalent units (TEUs) to over 400,000 TEUs annually.

The project has been planned in partnership with local First Nations, and is expected to employ 250 people through its two year construction timeline. You can learn more about the project here.

The Port of Prince Rupert also announced on January 18, that despite unprecedented challenges brought on by the pandemic, 32.4 million tonnes of cargo moved through the port in 2020, up nine per cent from the year before. The volume increase was led by a rise in exports of coal, propane and wood pellets. In 2020, wood pellets alone were up 30 per cent over the previous year.