Nov. 15, 2018 - To keep 350 jobs at the Barrette-Chapais sawmill in Chapais, Que., the company has decided to invest $70 million in an industrial wood pellet plant that will process much of their residuals. 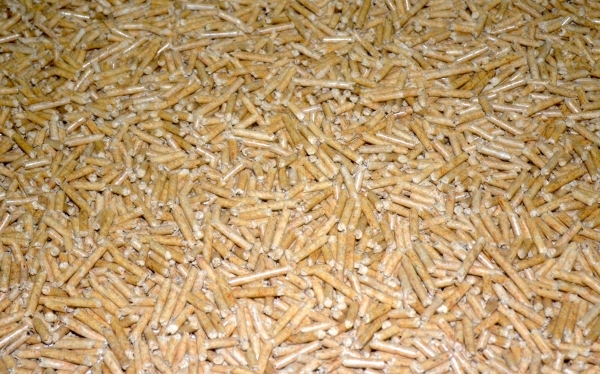 “Basically, this new company was created to sustain the mill’s jobs and to provide market alternatives for residuals,” explained Benoit Barrette, president of Granule 777 and the Barrette-Chapais sawmill. The sawmill, which processes close to one million cubic metres of wood – one of the largest in Quebec – produces a lot of sawdust, shavings and chips that must be recovered in order to remain profitable.

“There have always been ups and downs in the chip market, especially the latter, but one thing is inevitable – newspaper consumption is going down,” he added. “So we decided to create an alternative ourselves.”

The majority of the pellet plant supply will come from sawmill by-products, but residual forest biomass could also be used. “We want to promote our by-products, but keep the door open to other opportunities based on market dynamics,” Barrette said.

The Granule 777 mill will mostly export their pellets. The company has only one industrial client in Canada, which consumes around 90,000 metric tons of pellets. The products will be exported through the Port of Grande-Anse, where more than $15 million has been invested. According to the current plans, different industry players will be able to use this export infrastructure, but there are still some loose ends to tie up with the Quebec government before an official announcement is made.

The company began constructing the new pellet plant last August. The plant is expected to produce its first pellets by the end of July 2019 and create around 40 jobs, 20 at the mill and 20 in transportation.

Natural Resources Canada has invested $15 million in the project on top of the $70 million, and Canada Economic Development has announced a $5 million repayable contribution. The Quebec government is also investing $7 million.

The new Quebec Minister of Forests, Wildlife and Parks, Pierre Dufour, took the opportunity to make one of his first public announcements. “Product and market diversification is at the heart of solutions to challenges facing the forest products industry,” he said.

Paul Lefebvre, Parliamentary Secretary to Amarjeet Sohi, Canada’s Minister of Natural Resources, added, “Innovation in the forest sector will help us combat the effects of climate change, open new markets for Canadian forestry businesses and to ensure the creation and maintenance of good jobs for Canadians.”