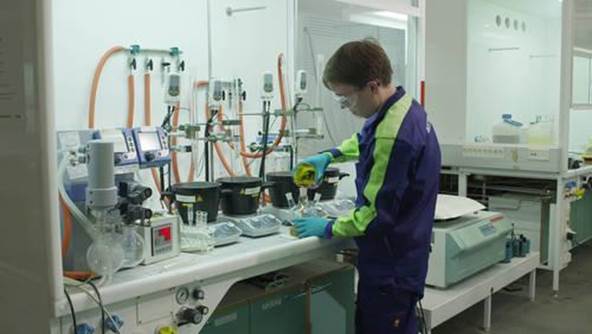 Finnish and Canadian delegates made the partnership announcement in Montreal yesterday. The agreement focuses on the project’s techno-economic feasibility and will assess the biomass availability at a competitive cost, identify technology bottlenecks in process lines, and validate the acceptable level of techno-economic risk.

“We believe that forest harvest residues can play a significant role in the future in producing renewable products, and therefore, we are very excited about this cooperation,” Lars Peter Lindfors, SVP of Technologies for Neste, said in a news release. “We expect to see the Canadian and Quebec legislations on advanced renewable fuels developing further in the next two years, as we see it as a prerequisite for any future investments.”

The La Tuque project aims at the production of renewable diesel from the conversion of forest harvest residues. With the support of FPInnovations, the project aims to serve as a reference and flagship project so that, based on the knowledge, technologies, and competencies developed in the course of the studies co-financed by the provincial and federal governments, and industry partners, a similar project can be duplicated elsewhere in Canada.

Neste is recognized as a pioneer in the field. “As we continue to pioneer the fuels industry, we keep on rethinking conventional models. We make the most of existing resources and search out new, low-carbon feedstocks from materials like waste and residues. We are already the world’s largest producer of renewable diesel and we are seeing interesting growth opportunities also outside the fuel market,” Lindfors said.

Neste was selected as the leading biofuel operator at the 2016 Global Energy Awards; the company coming first in the Industry Leader Award Biofuels category in the competition.

The BELT project is expected to create more than 500 jobs in the Haute-Mauricie area while supporting economic diversification.

“The biorefinery is a major project to guarantee the future of La Tuque,” La Tuque Mayor Normand Beaudoin said in the release. “We are very happy to benefit from such a nice partnership with Finland to achieve a major society project that combines jobs creation and sustainable development. I would like to thank the Neste people to have confidence in our potential. Today marks the beginning of a beautiful partnership between Quebec, Canada and Finland that we can be proud of.”

BELT CEO Patrice Mangin said the partnership has given the project needed credibility and execution, but more support is needed.

“… the positive conclusion of the studies requires support from both provincial and federal governments towards this venture; the future creation of over 500 jobs and an investment in the order of one billion Canadian dollars clearly justify such support. A successful outcome for the La Tuque project will pave the way for transfer of the knowledge, the technologies and the competencies to other forest-sector dependent regions of Canada.”