News
Bioenergy, an industry in transition

June 16, 2016 - Industry experts tackled a variety of bioenergy-related topics during the experts panel, “An industry in transition: A global overview,” during the International Bioenergy Conference and Exhibition in Prince George, B.C. 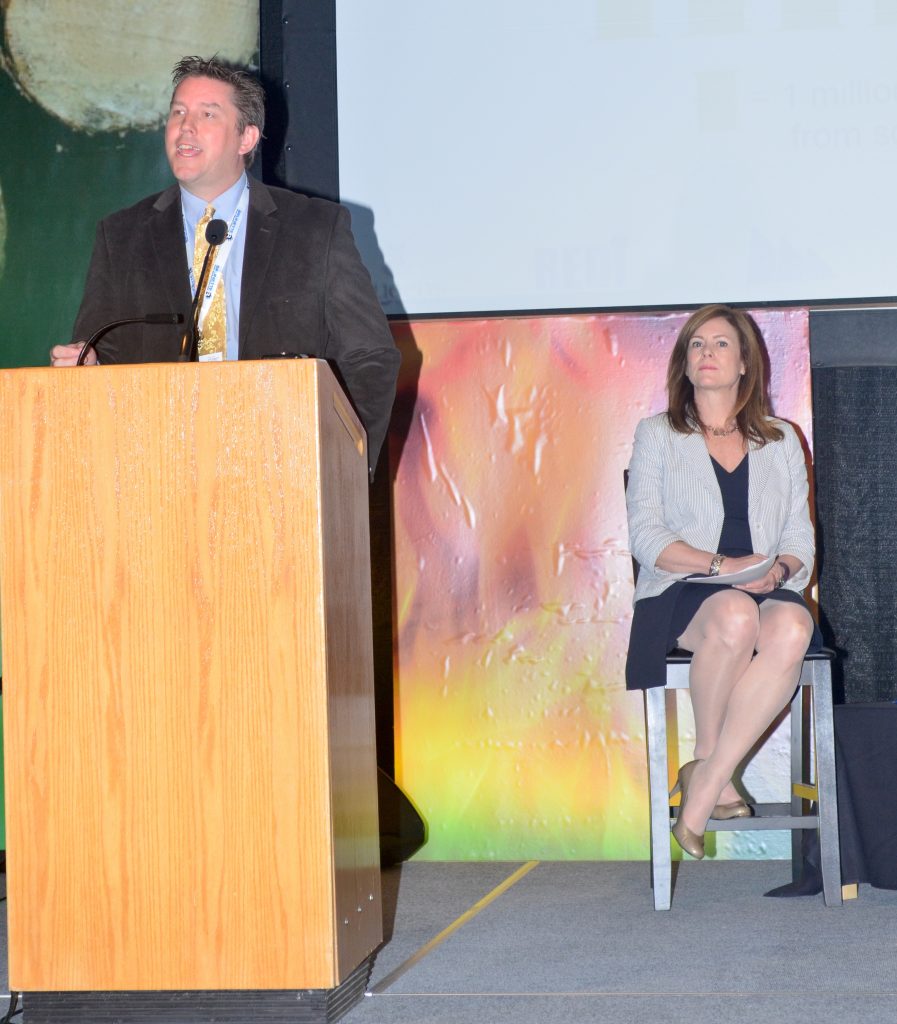 Mabee discussed the opportunities for the use of nanocrystalline cellulose, lignin and other bioproducts as substitutes in the manufacturing of a variety of products and the production of biofuels such as cellulosic ethanol, bio-oil and wood pellets as substitutes for petroleum fuels, coal and natural gas.

Why don’t we see more of these products out in the marketplace? Mabee says there are disconnects in the sector that negatively affect its growth, including misinformation about the role of bioenergy and bioproducts and how the public perceives them.

Mabee also discussed how policy in Canada could help drive the growth of the bioproducts sector and that there is a vital need for assistance in the commercialization of bioproducts.

“Commercialization is critical,” he says. “This is a place where we’ve really started to slow down. We don’t have the pilot and demo programs we once had. These technologies have to be proven on a commercial scale.”

He added that producer and consumer incentives are critical to the successful growth of the bioproducts sector and that carbon pricing has the potential to negatively affect the bioproducts sector, stating that carbon pricing may drive some innovation but it comes down to consistency in how the prices are imposed and that it’s possible that capital will focus on cleantech and skip bio-based products altogether.

William Strauss, president of FutureMetrics, discussed the industrial pellet sector as a replacement for coal or for blending in a co-firing application.

Strauss also warned that oversupply is currently a major issue in both the industrial and residential wood pellet markets and that it is a significant factor in the declining price of wood pellets.

“Producers can’t make money with the current spot price,” he told the crowd.

The good news was that the oversupply would likely be soaked up through the Lynemouth power plant in the U.K. and a few other larger power stations coming online in the next few years and that the market will be coming back to equilibrium by 2018-2019.

Roberts looked at past, present and future investments across the bioproducts sectors.

Roberts also discussed the public sector support the industry receives in Canada. He stated that investment has been strong and that governments have played a direct role in supporting development of next-generation biofuels and other bioproduct ventures.

The federal government has invested $265 million in 61 bio-related projects. On the provincial side, Quebec has been leading the pack for support for the bioproducts sector. The province developed a formal strategy in 2012 and has supported the sector with a five-year $170 million fund.