Nov. 30, 2017 - Robynne Anderson, a member of Bioenterprise Corporation’s Board of Directors has been inducted into the prestigious Canadian Agricultural Hall of Fame in 2017. 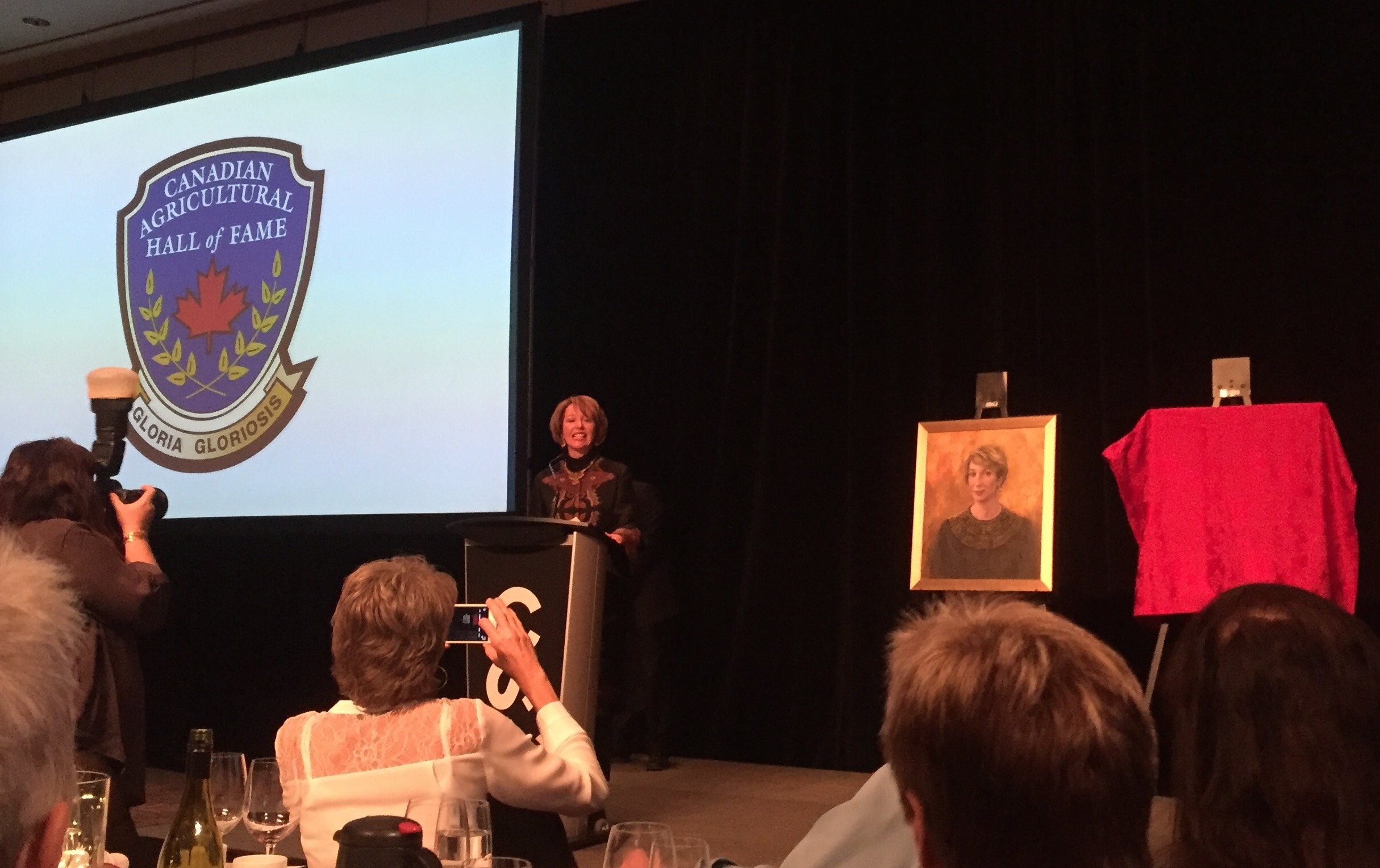 Anderson and her fellow inductees, Patty Jones and Jean Szkotnicki were formally inducted into the national Hall of Fame at a ceremony on Thursday, Nov. 30 in Calgary. The three accomplished women also join an exclusive list; of the more than 210 individuals inducted since the hall was formed in 1960, only five are women.

As an esteemed member of Bioenterprise’s Board of Directors, Anderson lends her broad experience, expertise, and thoughtful insights, helping to build a strong and prosperous organization, while demonstrating a deep commitment to agriculture both in Canada and across the globe.

The Canadian Agricultural Hall of Fame Association (CAHFA) honours and celebrates Canadians for outstanding contributions to the agriculture and food industry. Portraits are on display in the Canadian Agricultural Hall of Fame Gallery located at the Royal Agricultural Winter Fair. The CAHFA also publicizes the importance of inductee achievements to Canada. The Association was organized in 1960 and is administered by 12 volunteer Board of Directors located across Canada. www.cahfa.com.