June 14, 2017 - Over the last five years, the four themes that underpinned BioFuelNet’s research initiatives reflected both the sequence and the challenges of biofuel development: the raw material or feedstock must be converted into a biofuel end-product that is both usable and sustainable. 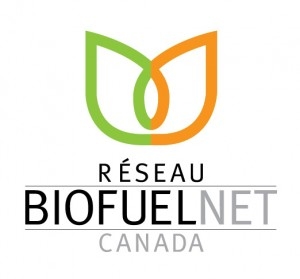 Feedstock
It all starts with feedstock. Feedstock availability represents the ultimate constraint in producing biofuels sustainably. What are the most abundant and energy-efficient sources of biomass from which to create biofuels?

BioFuelNet (BFN) funded several research projects that helped identify the best sources of biomass in Canada, with an emphasis on harnessing the power of forest and agricultural biomass that currently goes to waste. Also under the feedstock umbrella were projects that studied the genetics of woody species and grasses, low-input growth methods, and efficient methods for harvesting purpose-grown energy crops.

The conversion theme explored several avenues to boosting efficiencies. Biochemical projects looked into developing cheaper and faster enzymes to convert cellulose and hemicellulose into alcohol-based fuels. Thermochemical projects tweaked the pyrolysis and gasification steps in the production of “drop-in fuels” such as gasoline, diesel fuel or jet fuel. Other projects focused on integrating conversion processes into “full-service” biorefineries.

*Breakthrough*
Methane reforming is the process of producing pure hydrogen from methane gas. Dr. Nicolas Abatzoglou, a chemical and biotechnological engineering professor at the Université de Sherbrooke, and his research team developed a method to dramatically increase the efficiency of methane reforming. The method uses 50 per cent less water than the baseline, which translates to a 30 per cent decrease in energy requirements. The new-and-improved technology also works for reforming tail gas (exhaust gases from natural gas processing). The “new and improved” process has given a substantial boost to the commercial viability of methane reforming.

Utilization
A biomass source may be plentiful, a conversion process may be elegant, but if the end-product does not have practical uses, the innovation will not go forward. Factors that can compromise usability include contaminants, weak energy yield, and (in the case of drop-in fuels) poor compatibility with automotive and aircraft engines.

BFN’s utilization theme supported the development of biofuels that make both technological and business sense – products that perform. To this end, BFN examined various uses of biofuel products, prioritized conversion projects that led to “ready-to-use” biofuels, and brought developers and end-users together.

*Breakthrough*
Biofuels can run into several glitches when they are injected into engines. Ignition can sputter, combustion can drag, exhaust fumes can proliferate, and biofuel components can weaken moving parts and seals. As director of the Clean Combustion Engine Laboratory at the University of Windsor, Dr. Ming Zheng had just the right credentials to tackle these challenges. He and his research team developed an in-cylinder emission control system to reduce soot and NOx pollutants and a high-efficiency igniter for spark-ignition engines. The igniter boosted the ignition success rate by 50 per cent, while requiring only half the energy of a conventional spark plug. Along similar lines, BFN researchers developed a spark-assisted ignition system to help biofuel-powered diesel engines ignite more efficiently. These technologies will make biofuels significantly more practical to use in car engines.

SEES
Sustainable does not just mean environmentally friendly. It also means socially sensitive and financially responsible. It requires a wide-angle view of R&D, one that considers all aspects of the value chain.

This is why BFN chose SEES (Social, Economic and Environmental Sustainability) as one of its core themes. Researchers working within this theme performed impact assessments that considered the economic, social, and environmental aspects of a technology, and life-cycle assessments that put numbers on energy consumption and emissions from various processes. Projects that assessed existing policies and made recommendations to government and industry also fell under the SEES umbrella.

*Breakthrough*
How do biofuels stack up against petroleum-based systems? To address this all-important question, Dr. Joann Whalen, a McGill University professor and president of the Canadian Society of Soil Science, quantified the potential impact of biofuels on GHG emissions in specific sectors, such as ground transportation and aviation. She and her collaborators also put hard numbers on the bioeconomy’s potential to meet climate change challenges. This work informed the BFN Policy Task Force’s recommendations on issues ranging from low-carbon fuel pricing to carbon pricing. Governments are listening.