Oct. 10, 2017 - For many of the people who reside in the northwestern region of New Brunswick, the name Groupe Savoie is well known. In addition to being a major employer in the area, the specialty hardwood products manufacturer is very active within the communities it operates and runs Fondation Hector Savoie, a non-profit organization that assists low-income families throughout northwestern New Brunswick. 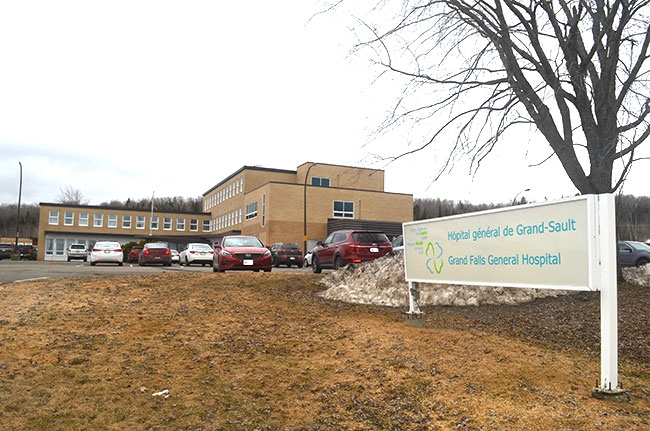 One of the ways the foundation assists people is by paying for their trips and meals to and from hospitals when they need to travel to receive treatments for various ailments. One of those hospitals is the Grand Falls General Hospital in Grand Falls, N.B., located just over 70 kilometres south of Groupe Savoie’s headquarters in Saint-Quentin, N.B.

In 2013, the Province of New Brunswick was looking for a solution that would replace the hospital’s outdated oil heat boiler system – which was burning more than 300,000 litres of oil annually – while reducing the facility’s greenhouse gas emissions. The province decided to put forth a pilot project that would have the hospital replace its primary oil heat unit with a biomass boiler system, which opened up a new market for the local forestry sector’s wood residuals. The contract for the project ended up being awarded to Biomass Solutions Biomasse (BSB), which is a partnership company formed by Groupe Savoie and Compact Appliances out of Sackville, N.B.

The BSB team was well equipped to provide a biomass-fuelled solution. Groupe Savoie are a major producer of wood pellets in New Brunswick. The pellets are created from the residuals of the company’s wood product plants in New Brunswick and Nova Scotia, which process more than 430,000 cubic metres of hard maple, red maple, aspen yellow and white birch harvested from a combination of Crown lands and private wood lots.

The contract for the project was awarded and confirmed in January 2013 with construction starting in August 2013 and commissioning taking place in January 2014.

BSB decided to go with an 850kW Binder biomass boiler for the primary heat at the hospital.

“The capacity of the proposed boiler was based on fuel consumption information provided from our discussion with existing oil boiler operators and historic oil consumption,” explains Théo Losier, development agent for BSB and Groupe Savoie. “The objectives were to obtain a viable conversion project and attain the adequate heat load requirement demand for the hospital.”

“This system included a large buffer storage tank properly sized for the application at hand,” he says. “Boiler controls included a tank management system for optimum boiler performance and efficiency. The actual customer heat usage is monitored using a BTU meter located inside the hospital, which measure the hospital heating demand by gigajoules.”

Since its installation, the average annual wood pellet consumption for the boiler system has been about 400 metric tonnes.

Project challenges
Several challenges needed to be overcome for the successful completion of the pilot project. Losier says those challenges included sizing a hot water boiler based on a historic fuel consumption with a steam boiler; sizing the buffer tank to obtain a maximum efficiency when you have different theory of measurements per kilowatt; sizing the boiler room building; and designing the building to meet heating efficiency targets while meeting the targeted budget cost.

This was the first time BSB had worked on an installation project that involved a Binder boiler, which are manufactured in Austria. Losier says his team relied on Binder to help guide the project along when it came to the boiler concept and accessories needed to get the most efficient heating system for the heating demand.

Meeting all the necessary requirements to meet ASME and CSA certification standards was also a challenge, Losier adds.

Green operations
In addition to displacing more than 300,000 litres of heating oil annually, Groupe Savoie ensures that the fibre harvested from Crown lands for its wood products plants is done so in accordance with environmental regulations and the principles of sustainable development.

With the Grand Falls General Hospital no longer dependent on fossil fuels for its primary heat and a new market generated for New Brunswick’s wood pellets, this pilot project is helping the province soar to new heights in terms of GHG reduction levels while helping stimulate the local economy.