Nov. 24, 2016 - In November 2015, the government of Alberta released its ambitious Climate Leadership Plan. This plan aims to accelerate the transition from coal to renewable electricity sources, put a price on carbon emissions and set emissions limits for oil sands operations. 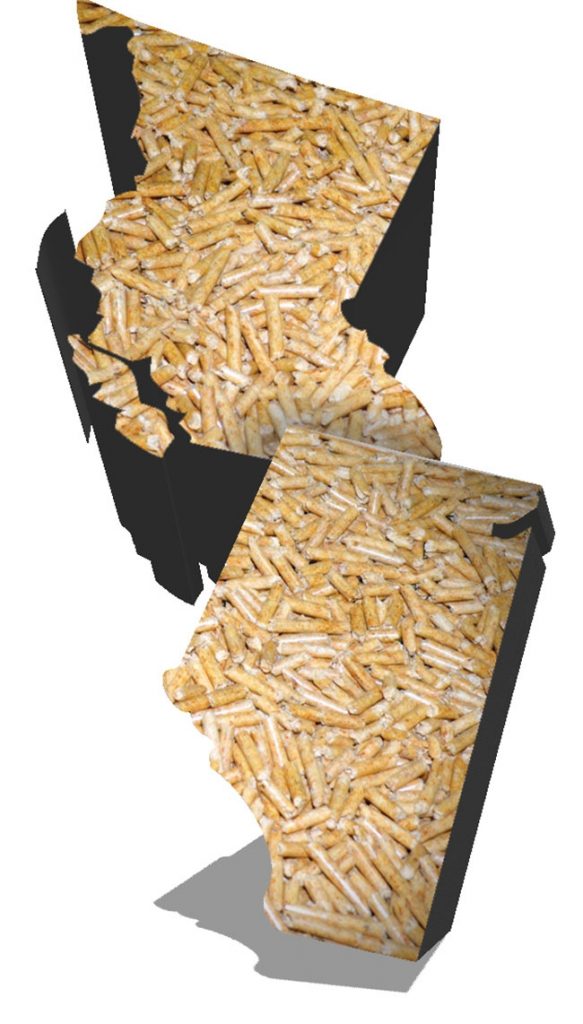 This plan will encourage the big GHG emitters in the province to find and implement innovative and sustainable solutions to reduce the carbon intensity of their industrial activities. However, such a decarbonization transition will bring with it social and economic challenges, especially during uncertain economic situations.

One of the primary goals of the Climate Leadership Plan is to phase out coal by 2030 and replace it with renewable energy and natural gas-fired electricity. Currently, about 40 per cent of the electricity supply in Alberta is provided by the coal-fired power fleet. By 2030, 12 of Alberta’s 18 coal-fired generating stations will reach 50 years of operation and be retired unless they are able to meet GHG emissions standards set by the federal coal regulations. The shutdown of the remaining six stations by 2030 will leave the power plants operators with stranding assets, as the capital invested in these stations will not have been recovered by then. In addition, the accelerated shutdown affects the workers in the coal-dependent communities, as well as other sectors whose survival depends on these workers and their families, such as healthcare, schools, and grocery stores.

Therefore, the accelerated retirement of coal mines and their associated power plants can put thousands of direct and indirect jobs in 30 municipalities in jeopardy. Another effect on these communities will be the disappearance of the tax revenues generated by these coal mines and power plants. These revenues are currently used to fund various community services. For example, TransAlta’s coal plants, which provide more than one-third of the province’s power, create over $1.3 million in municipal tax revenue and $2.6 billion in total federal and provincial tax income and sustain about 5,000 jobs per year.

In addition, the complete coal phase-out can adversely affect the reliability of the electricity grid and the stability of prices for consumers if the alternatives cannot fill the gap by 2030.

Alternative options
The government of Alberta has acknowledged the social and economic challenges associated with its Climate Leadership Plan and has made the commitment to support the alternative options and approaches that minimize these challenges. Among the alternative options, natural gas and wind power have received the most attention. These two options are certainly part of the solution to reduce the carbon intensity of the power fleet and fill the electricity supply gap. However, natural gas and wind will not directly remediate the job losses in the coal-dependent communities, the lost tax revenues from the retired mines and generating stations or any stranding assets in these communities. Complementary approaches such as compensation of the stranded value of closed mines and power plants and the affected communities are being considered as a way to cope with these issues. Are these the only options and approaches? Is there an option that can directly deal with these issues?

As a renewable and sustainable alternative option, biomass can provide benefits similar to that of natural gas and wind power in terms of GHG reduction and power supply security. However, what makes biomass a more attractive option is the fact that it can be introduced as a direct replacement for coal at the coal-fired power plants. This leaves open the possibility that the remaining six generating stations will continue operating and providing the same employment and tax revenues in the coal-dependent communities that they currently do. Using biomass in these generating stations will also avoid stranding assets.

This is not the end of the story. Using forest biomass to replace coal creates jobs in the upstream logistics system. Biomass must be harvested, collected, chipped and transported to wood pellet plants by trucks. At pellet plants, the received biomass is usually dried, ground and pelletized and the produced wood pellets are transported to coal-fired power plants using rail or trucks. A majority of these operations take place in rural areas and small towns where the wood fibre is produced. Both the forest industry and the wood pellet sector in Western Canada have established the know-how to produce, harvest, collect, store, handle and transport commercial quantities of wood fibre to local, regional and international markets. In addition, these sectors have a well-trained, veteran workforce to manage these logistics systems in cost-efficient manners.

Availability of forest biomass
Now, the question is what quantity of untapped sources of forest biomass is available in Alberta? Is the available volume able to meet the annual feedstock demand for six generating stations, as we discussed above?

According to a study conducted by the government of Alberta in 2010, two main untapped sources of forest biomass are logging residues and non-merchantable timbers. With the current level of allowable annual cut (AAC) (22.45 million m3), there are approximately 2.9 million oven dry tonnes (M odt) of unharvested standing timbers and up to 4.0 M odt of logging residues available for industrial uses other than the conventional forest industry. In addition, the undersized trees within the merchantable stands are being considered as a source of biomass in the province. These trees are not included in the AAC but could be harvested if a market is found for this fibre source. It is estimated that there are over 1.8 M odt of this source of biomass available in Alberta. In addition to public forestlands, private forestlands have the potential to provide over one million odt of biomass for coal-fired power plants.

In addition, a portion of the feedstock demand of the coal-fired power plants can be procured from B.C. With the current level of AAC (75 million m3) there are about 5.4 M odt and 2.9 M odt of unutilized logging residues and standing timbers available in B.C. This unutilized fibre is primarily in the form of non-sawlog/non-merchantable timbers within merchantable stands. In total, the potential availability of forest biomass including sawmill residues, logging residues and non-merchant standing timbers is estimated to be over 9 M odt and 8 M odt in Alberta and B.C., respectively. In addition, the wood pellet sector in these two provinces is currently producing over 1.7 million tonnes of wood pellets per year. A portion of this capacity may be available for the Alberta coal power fleet, depending on market conditions.

The total generating capacity of the six generating station units that need to operate beyond 2030 to recover their capital costs is 2,570 MW. If all six units were retrofitted to 100 per cent wood pellets, these units would demand about 11 million tonnes of wood pellets annually. Such a domestic wood pellet market would create about 6,724 jobs; including 4,697 jobs in forest operations, 597 jobs in biomass transportation and 1,430 jobs in pellet production. On average, the conversion of each of these units to burn 100 per cent wood pellet will create over 1,000 jobs in the upstream biomass logistics system.

Therefore, in addition to stabilizing the job market in the coal-dependent communities, using biomass as feedstock for these units will create new jobs in local communities and rural areas where forest biomass is produced. In today’s uncertain economic situation, the provincial and federal governments in Canada attempt to protect the existing jobs and stabilize the job market by developing and implementing solid policies and incentive programs. Creating new jobs, especially in rural areas, would be a huge success for these provincial governments and the communities involved.

What is the final message?
Determining which power stations should be retrofitted to 100 per cent wood pellets, and meeting the subsequent wood fibre demand, will require a collective effort from the government of Alberta, the power station operators and other stakeholders to find the optimal solution.

There is no shortage of feasible and low-carbon alternative power generation options in Alberta including natural gas, wind, solar and biomass. An effective combination of these alternatives should be supported by the government in order to mitigate the social and economic risks of its decarbonized energy transition.

When it comes to biomass as an alternative option, three facts are established: 1) There are large quantities of unutilized forest biomass available in Alberta and its western neighbour, B.C., to support the retrofit of the six generating station units; 2) Using biomass as feedstock in these units will avoid the unnecessarily stranding assets; and, 3) The retrofit to 100 per cent wood pellets will protect the jobs in coal-dependent communities as well as create a significant number of jobs in rural areas where wood fibre is produced.