July 13, 2018 - A new report from researchers from IIASA, Luleå University of Technology (LTU), and RISE Research Institutes of Sweden has shown that more biorefineries, which produce bio-based fuels and chemicals, will have only a small effect on the availability and pricing of wood products and feedstocks. 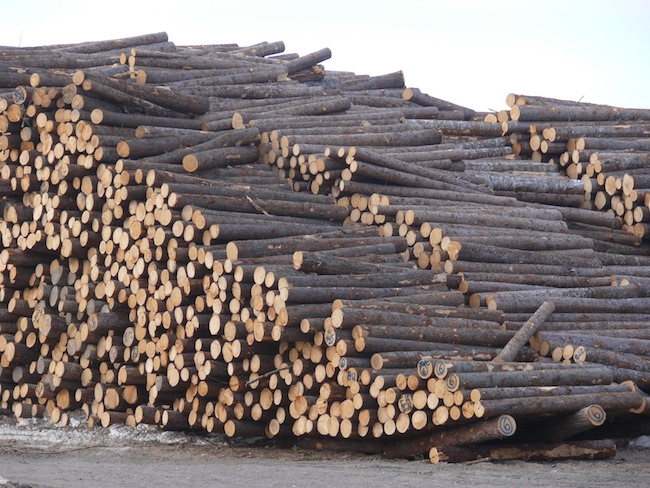 The products from biorefineries can be used to replace some fossil-based equivalents. Biorefineries can make better use of available biomass, for example using waste products like bark, and there is potential for the development of completely new products. IIASA researcher Sylvain Leduc and the team focused on Sweden to prepare their briefing notes, Large-scale implantation of biorefineries, where the development of commercial biorefineries is central to the county’s plan to develop into a biobased economy. They set out to better understand the potential effects of a large-scale biorefinery sector in Sweden and its role in a sustainable energy system, as well as to optimize the use and production of woody biomass. The research was funded by Formas, the Swedish research council, and the IIASA National Member Organization (NMO) representing Sweden.

Their results show that there is likely to be a much stronger demand on forests in the EU as a whole, however the total production of wood is not likely to increase as a whole. There will, however, be differences between different sectors. Some material-producing industries are likely to see profitability increase due to demand for their byproducts. The pressure to use roundwood for energy may increase without the use of fast-growing plantations.

As the demand for biofuel increases in Sweden, it will be important to use biomass resources more efficiently, so other, so-called “fringe feedstocks” could be introduced into the fuel mix. This includes various waste products and byproducts such as forest residues like tree stumps and logging residue, waste bark, woodchips, and sawdust. Waste and byproducts like bark, sawdust, and woodchips are likely to be the most economic as they will incur no extra transport or handling costs. However, it should be pointed out that there could be technical limitations, efficiency decreases or added cost from using, for example, bark in certain biorefinery processes.

The team found that in the case of Sweden, increased targets for the production and use of biofuels will increase the cost of forest feedstocks, but the effects will be limited and there are unlikely to be any large price spikes in the medium term. The biomass markets should be able to handle the increased demand.

In addition, the researchers say in the briefing notes that biofuel targets can be met with a variety of technologies and localization options. Integration with existing forest industries is beneficial economically, as are conversion processes with high biomass-to-biofuel efficiency, and larger plants with the resulting economies of scale, but these are often capital intensive. The predicted effects on biomass price will not affect the profitability of large-scale biorefinery investments, and more centralized supply chains are preferable to distributed supply chains. In addition, biorefineries should be sited near to biomass sources with the distance to consumers considered.

Leduc and the team used three interlinked models which fed into each other to obtain the results, the Global Biosphere Management Model (GLOBIOM), developed at IIASA, BeWhere, jointly developed at IIASA and LTU, and the Spatial Price Determination Model (SpPDM), developed at LTU. GLOBIOM modeled the wood demand per sector in different scenarios, which fed into BeWhere. BeWhere then provided the biomass demand points to SpPDM, which in turn calculated the biomass price in the different scenarios.

“We had the opportunity to use detailed data on technologies and feedstock which enabled us to produce interesting results on the possibilities of developing large scale biorefineries in Sweden. We are confident on the robustness of the results thanks to the linkage of three models that are applied at the global down to the local level,” says Leduc.

He adds that the report should help policymakers to set better biofuel targets and to understand the impacts on the forestry markets. It will also help them to be better prepared for planning advanced biorefineries, both in terms of selecting the best regions for production and prioritizing the right kind of technology.