May 6, 2016 – BioTalent Canada today announced the winner for its first ‘Catalyst’ Award, for the young employee who contributed most significantly to their Canadian biotechnology employer in the past year. 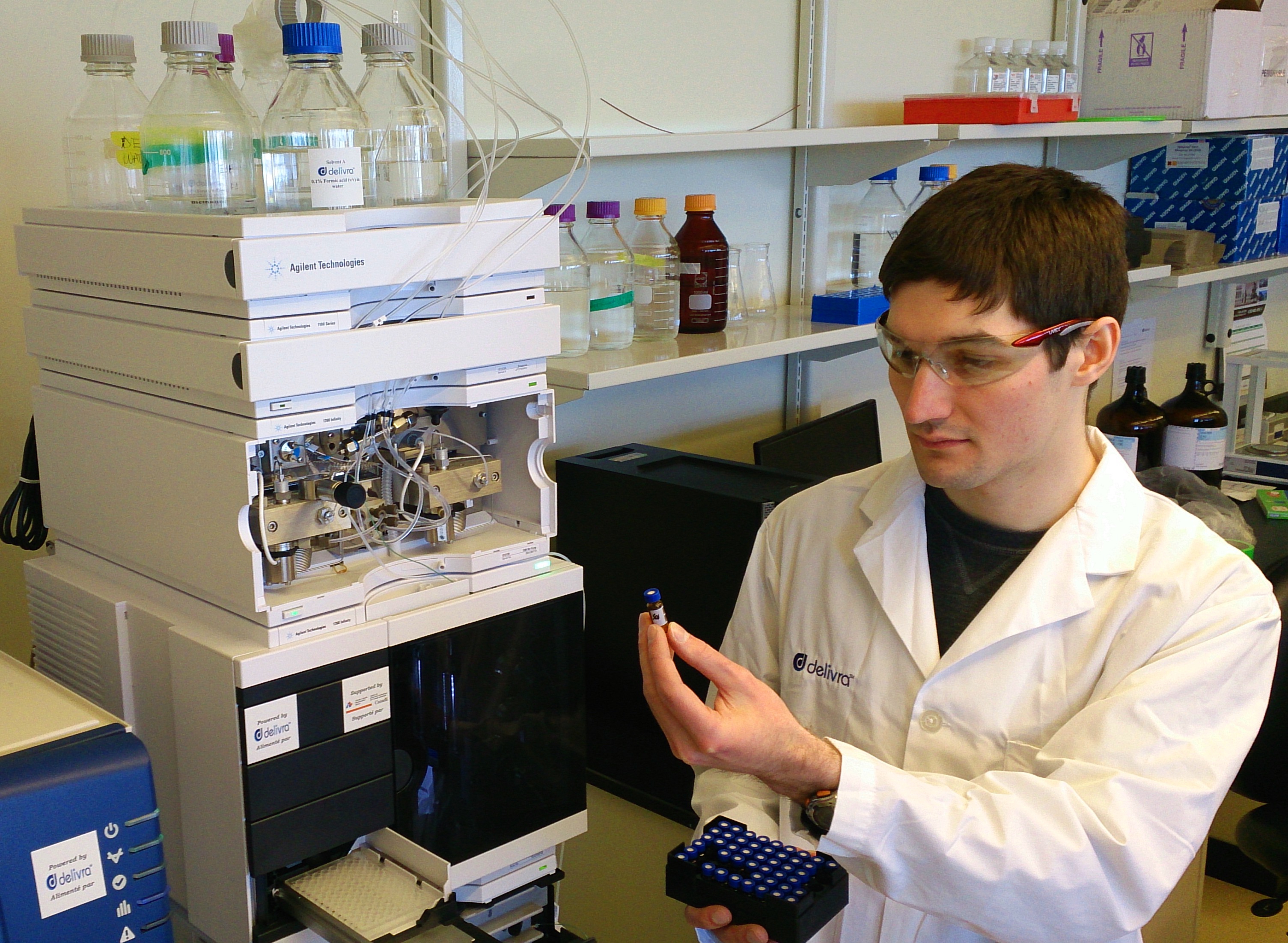 Mathieu-Marc Poulin of Delivra in Charlottetown, Prince Edward Island was announced as the winner of the 2016 Catalyst Award. Poulin will be awarded a cash prize of $1,000.

Poulin’s employer, Delivra, is a biotechnology company developer of transdermal technologies that introduce pharmaceutical and natural molecules into the body through the skin, rather than via pills. As part of a multi-disciplinary research team, Poulin’s input as research and development technician helped Delivra secure funding from Canada’s National Research Council’s Industrial Research Assistance Program. His research was also instrumental in Delivra’s development of new transdermal products.

“BioTalent Canada’s wage subsidy program allowed Delivra to expedite a new research endeavor and meet its target milestones on time and within budget, which would not have been possible otherwise,” said Dr. David C. Baranowski, director of research at Delivra. “Importantly, the program allowed us to mould a new graduate into a great fit within the research team and we’ve been impressed at how far Mathieu-Marc has come in such a short period of time.  There is no doubt he’s an essential member of our research department and we look forward to translating his research into the marketplace.”

A five-person panel of judges consisting of biotechnology-industry professionals and youth-employment project professionals selected the finalists and the winner.

The other finalists announced earlier this month were Travis Cranmer, a plant pathology biocontrol technician from Vineland Research and Innovation Centre in Vineland Station, Ont., and Hannah Sadeghi, an environmental scientist from ERA Environmental Management Solutions in Montreal, Que.

“Skilled and talented people fuel the innovation and growth of Canada’s bio-economy,” said Rob Henderson, president and CEO of BioTalent Canada. “Young professionals are making a significant contribution to Canada’s biotechnology industry. It’s a pleasure to highlight their achievements.”

In 2015, BioTalent Canada placed 165 new graduates in 67 biotechnology companies across Canada, with funding from the national and provincial Career Focus wage subsidy programs. Employer feedback on the contribution of these young workers has been overwhelmingly positive, prompting BioTalent Canada to launch the Catalyst Award in recognition of these talented young people.

Wage subsidies are a great way to jumpstart careers within biotechnology. According to BioTalent Canada’s labour market report on recent graduates, Opening the Door, 90 per cent of Career Focus wage subsidy program participants remain employed after completing the program.