March 11, 2019 - Boeing will begin offering customers the option of powering their commercial airplane delivery flights with sustainable aviation fuel to further spur use of clean fuel and support the industry’s drive to protect the environment. 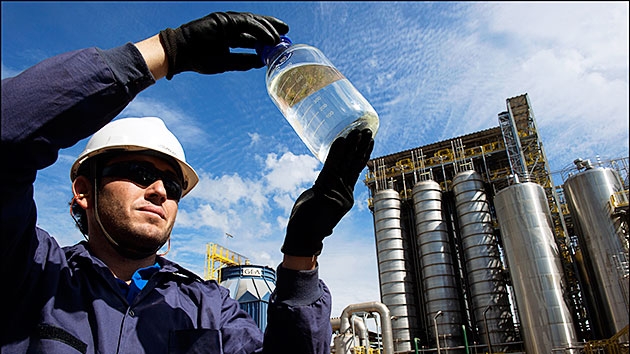 Alaska Airlines, the first participant in the initiative, will fly three Boeing 737 MAX airplanes on a blend of biofuel and traditional jet fuel to its hub at Seattle-Tacoma International Airport when it takes delivery of them later this year.

“This is another step in our decade-long journey to encourage the adoption of sustainable fuels and help commercial aviation earn its license to keep growing,” said Sheila Remes, Commercial Airplanes vice president of strategy. “We hope this new option will make it easier for Alaska and others to demonstrate our industry’s commitment to reduce carbon emissions.”

Boeing will offer biofuel to customers accepting new airplanes at its Puget Sound delivery centers in Seattle and Everett, Wash. The company also plans to use the biofuel for certain flight test operations at Boeing Field, and is working on logistics to offer it to customers at its South Carolina Delivery Center.

“Alaska takes seriously the responsibility to deliver for all those who depend on us — employees, guests, our communities and the environment around us — for the long term. That’s the definition of sustainability,” said Diana Birkett Rakow, vice president of external relations at Alaska Airlines. “We congratulate our partners at Boeing for operationalizing a drop-in sustainable aviation jet fuel option.”

World Energy produces the fuel at its refinery in Paramount, Calif., the world’s first facility designed to commercially produce renewable jet fuel. Made from agriculture waste, it is certified for commercial use and can be blended with traditional jet fuel without any modifications to airplanes, engines or fueling infrastructure.

Boeing has been an industry leader in fostering the development of biofuels, starting with the first commercial aviation test flight in 2008 flown by Virgin Atlantic. Further research, testing and rigorous review by the company — in collaboration with other airframe and engine manufacturers and aviation stakeholders — led to regulatory approval of the first biofuel for commercial use in 2011.

Boeing has also worked continuously with partners across the globe to create and carry out roadmaps for developing biofuel supplies that can be scaled and priced competitively with traditional jet fuel. These roadmaps identify sustainably produced regional sources that also improve local economies.

The first roadmap focused on the Pacific Northwest with partners including Alaska Airlines, the Ports of Seattle, Portland and Spokane, Washington State University, and others. Subsequent projects have utilized feedstocks such as forestry and agriculture waste, Brazilian sugarcane, nicotine-free tobacco plants in South Africa, and other plants that grow in the desert irrigated by coastal seawater in the United Arab Emirates.

The commercialization of biofuel is steadily growing. Airlines around the world have flown nearly 170,000 passenger flights on a blend of biofuel and petroleum fuel, and that number grows every day.