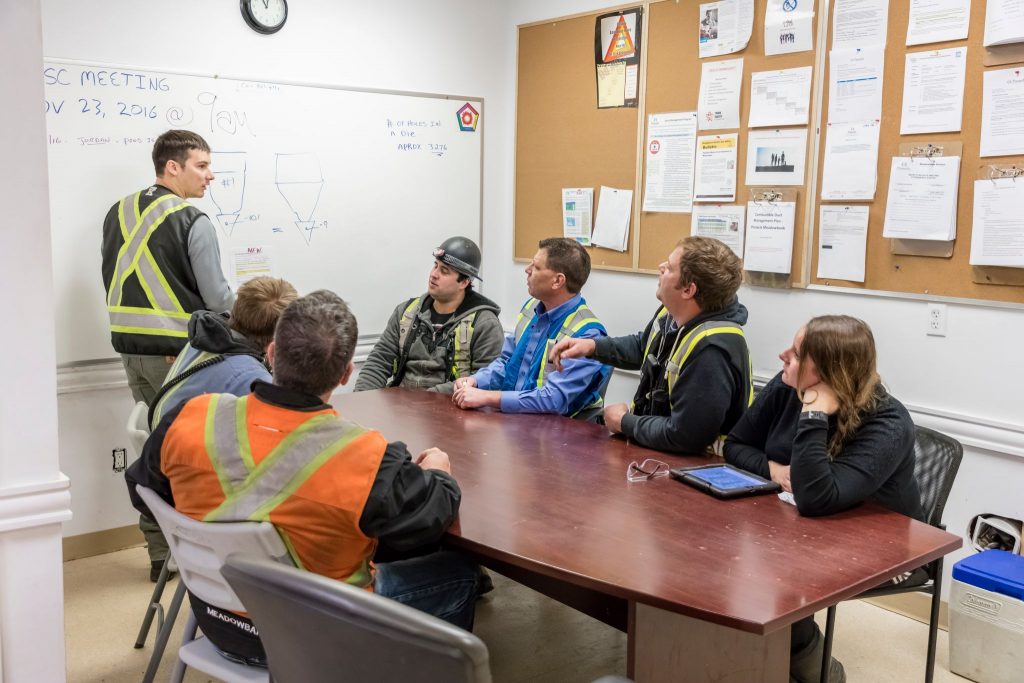 British Columbia’s wood pellet producers are devoted to running safe operations. In 2014, the Wood Pellet Association of Canada (WPAC) established the WPAC safety committee as a forum for industry participants to share knowledge and to work collectively on solving common safety concerns such as combustible dust management, safe-guarding, working in confined spaces and lock-out procedures. This has resulted in a near elimination of safety incidents, increased worker protection, and an ever-improving relationship with WorkSafeBC. The BC Forest Safety Council (BCFSC)’s ongoing participation in our safety initiatives are integral to WPAC’s success.

Recently, WPAC safety committee members realized that in spite of everyone’s best efforts, the industry was still vulnerable to potential catastrophic incidents that couldn’t always be prevented by traditional approaches to safety. Members believed that in spite of all the safety improvements that had been adopted, the potential remained for pellet plants to experience major unwanted events (MUEs) such as explosions, fires and fatal accidents.

After some research, and with guidance and prompting from WorkSafeBC, WPAC’s safety committee decided to pursue a process known as Critical Control Management (CCM) which starts with a procedure known as bowtie analysis.

Plant operators identify various potential MUEs – like fires and explosions – and each one of these MUE’s forms the centre of a bow tie. Then plant operating, maintenance and safety personnel consider all plausible accident scenarios that could exist around each MUE and then identify critical controls that would prevent the MUE from occurring.

“CCM and bowtie analysis relies on the Swiss Cheese Model – imagine each piece of Swiss cheese having holes and each hole represents a potential safety weakness,” explains WPAC’s executive director Gord Murray. “But if you layer multiple pieces of Swiss cheese together, the holes don’t line up, they create a collective barrier to safety weaknesses.  This is the essence of CCM.”

To complete the CCM process, plant management must assign responsibility for each critical control to designated plant personnel, and implement a monitoring and reporting program to ensure continuous improvement.

CCM is already widely used in mining, chemical, and oil and gas industries around the world, but it’s new to the wood pellet industry.

WorkSafeBC is a supporter of CCM and so WPAC began working with them to implement CCM plans for their member companies’ plants. But it became clear very early on that CCM was a complicated process that could not be implemented by simply handing out a manual and issuing instructions to WPAC’s members.

“We initially underestimated how much work it would take to implement it at the plant level,” says Murray. “So, together with the BC Forest Safety Council, we started reviewing the manuals and developing a program that will help us take our collective safety to a new level.” 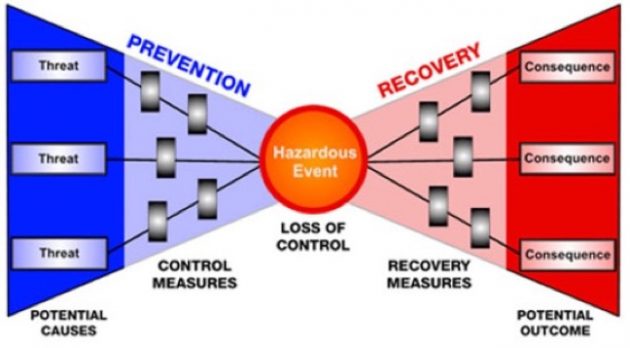 “The bowtie is a great tool because it gives everyone involved a better understanding of how they need to work together to prevent an incident,” says Cherie Whelan, the BC Forest Safety Council’s director for SAFE Companies and a member of the WPAC-BCFSC project team. “With CCM we can now manage multiple layers of controls into a single process resulting in better safety at every level.”

Last year work began on implementing CCM around combustible dust. It was so well-received by the industry that WPAC now has all 14 of its member plants and one MDF facility clamoring to be the first to implement it. Together, WPAC and BCFSC, in conjunction with the industry, have developed an implementation schedule with the goal of completing bowties and critical controls to WorkSafeBC by late 2021.

Two BCFSC Safety Advisors, Bill Laturnus and Tyler Bartels will be providing on-site and online support to all 15 operations in 2021. They will provide education, training and mentoring in the necessary knowledge and skills required to identify the site-specific critical controls. Further support will help the operations develop their internal systems to effectively manage these critical controls to ensure they operate 100 per cent of the time.

“We have identified priority processes to cover in each plant with a primary focus on potential fires and explosions. Presently we are testing that out at two facilities,” explains Murray. “Then, we will take those learnings and applications to other plants where the preliminary bowties will be modified for the circumstances in each plant.

“We are hugely gratified by the degree of industry buy-in and the outstanding cooperation amongst all plant operators. WorkSafeBC is keenly interested in our progress and we are diligent in reporting to them regularly,” he adds.

The initiative has also caught the eye of university researchers. WorkSafeBC is funding a Dalhousie University Department of Process Engineering and Applied Science research project that will build on a comprehensive set of combustible dust bowties developed by WorkSafeBC and WPAC to facilitate knowledge and transfer it to employees and employers throughout the wood pellet industry in other Canadian provinces and internationally.

“Overall, the plan is ambitious, requires a significant amount of effort and will make our plants safer,” says Murray. “Companies will understand their equipment better, workers will be able to operate and maintain that equipment safely, the equipment will be more reliable, and plant managers will know what activities are most important.”

Stay tuned for more CCM articles over the coming months as the process is implemented province-wide. For more information, contact Gord Murray at gord@pellet.org