Mar 4, 2015 - The latest forestry certification stats show Canada continues to be far and away the leader in forest sustainability.

Totals from the end of 2014 collected by certificationcanada.org indicate growth in certified land mass in Canada of 8 million ha, an increase of five per cent over 2013’s total of 151 ha. As of 2014, only 10% of the world’s forests were certified, yet Canada had over 43% of the world’s certified forests.

In total, Canada has 161 million ha certified to at least one of the three internationally recognized forest certification programs. In fact, Canada has over 50% of all PEFC endorsed certifications world-wide (CSA and SFI), and almost a third of the FSC certifications.

British Columbia, the supplier of the majority of wood pellets in Canada, remains a leader within Canada as well – Its 52 million ha of forest land certified to one of three internationally recognized certification standards is on its own more than any oher country in the world. BC alone has 27 per cent more certified area than the entire USA and 37 per cent more than Russia. 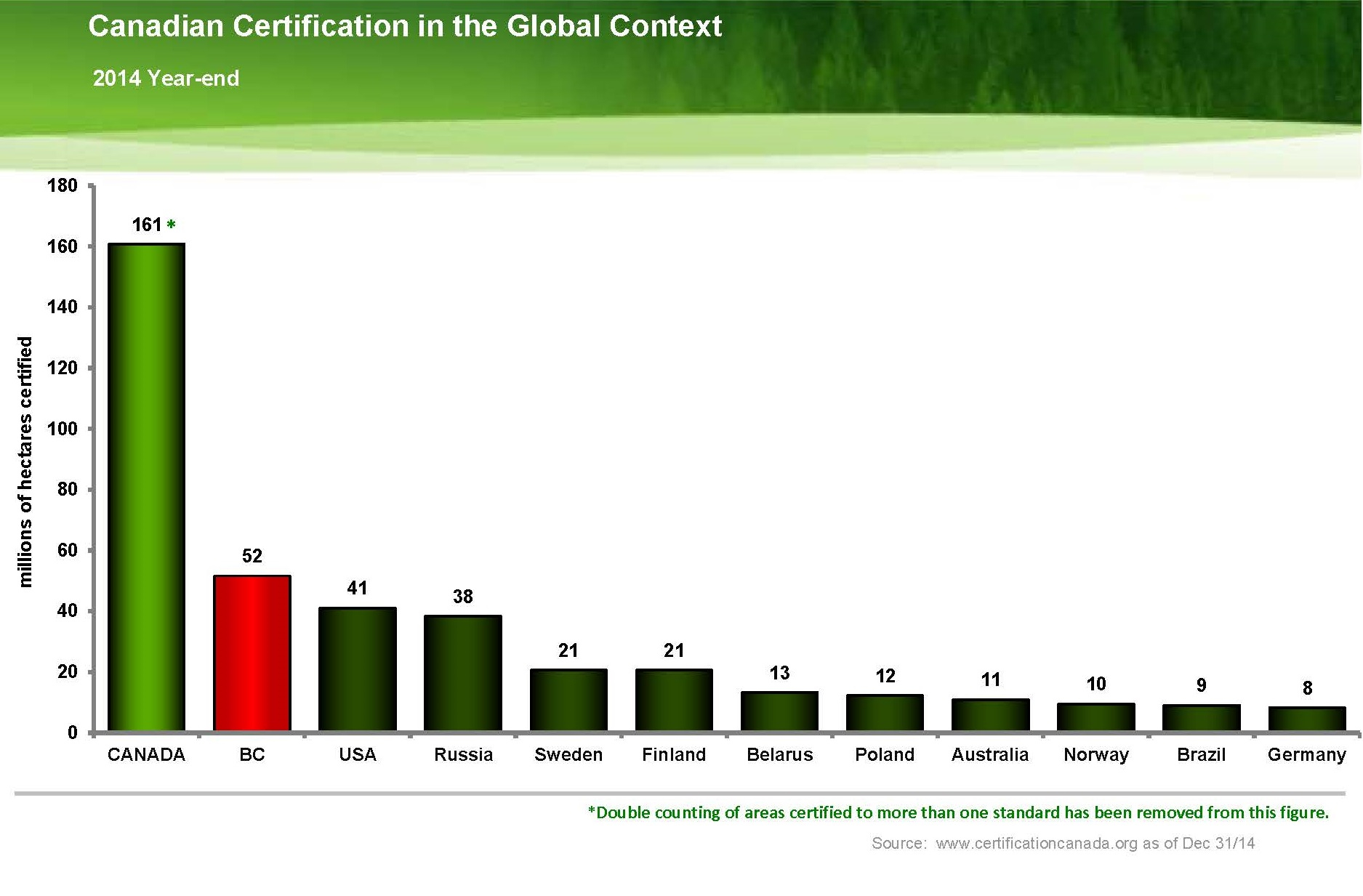