May 2, 2017 - Canada generates a larger share of its electricity from renewable sources than most other developed economies in the world, primarily due to its hydro production, according to a new report released by the National Energy Board (NEB). 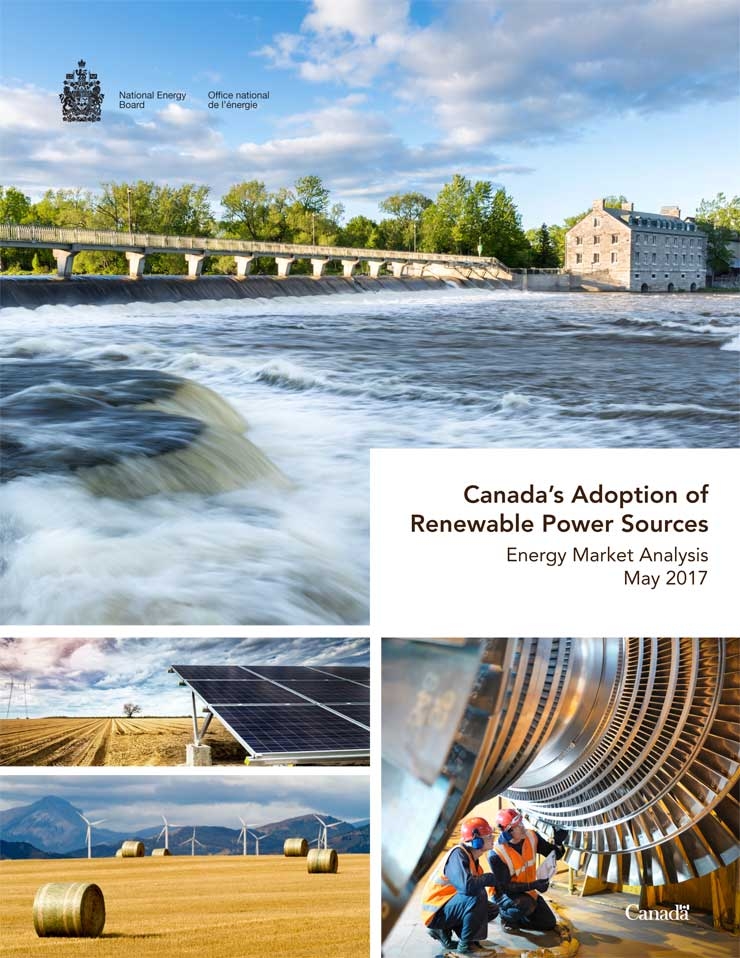 The report, titled Canada’s Adoption of Renewable Power Sources, provides direct comparisons of how Canada ranks internationally for renewable power adoption. It also covers factors that affect the uptake of each renewable source, including financial costs, reliability and environmental impacts.

In 2015, Canada generated about two-thirds of its electricity from renewable sources, primarily from hydro, but also from wind, biomass and solar.

“Canada’s hydro generation has allowed the country to be one of the global leaders in renewable energy for years,” Shelley Milutinovic, chief economist for the NEB, said in a news release. “Now, as solar, wind and other technologies become more cost competitive, we expect to see a continuing increase in their adoption in the future.”

Canada’s electricity generation per capita is relatively high. With more than 600 terawatt hours (TW.h) of electricity production in 2015, Canada generates as much electricity as countries with much larger populations, including Germany, Brazil and France. One terawatt hour is enough to provide 80,000 homes with electricity for a year.

The low carbon emissions associated with renewables have also aligned them with current policy priorities. As a result, the increased adoption of renewables is expected to continue in Canada and internationally.

This is the second report on renewable power issued by the NEB in the past year. The first report, titled Canada’s Renewable Power Landscape, covers renewable energy uptake in Canada at the provincial and territorial level.