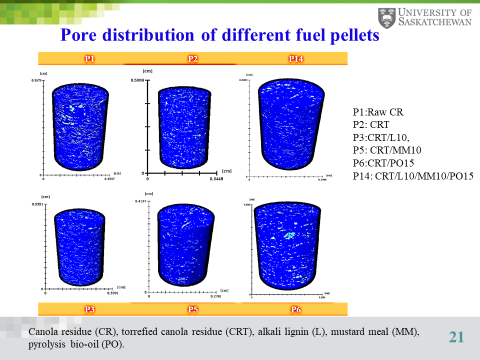 Photo provided by Ajay Dalai (PhD, P.Eng) with the University of Saskatchewan.

After years of meticulous research, Ajay Dalai’s (PhD, P.Eng) exploration of canola meal pellets as an eco-friendly alternative to coal and natural gas for both heat and energy is poised to move into its next phases – scaled-up pellet production and commercialization.

“Eventually, the world is going to phase out coal because of pollution,” said Dalai, Canada Research Chair of Bio-energy and Environmentally Friendly Chemical Processing in the University of Saskatchewan (USask)’s College of Engineering. His quest is to find ways to turn leftover materials from crop production, like canola meal, into biocoal. It is already happening in the forest industry but not in agriculture, he said, despite an ample supply of biomatter.

In 2019, Canada produced over 18 million tonnes of canola and 10 million tonnes came from Saskatchewan. The oil extraction process leaves behind canola meal, which is about 60 per cent of the original crop by weight. Some canola meal is exported and about 40 per cent is fed to livestock. The remainder is what Dalai sees as potential biocoal. The challenge is to produce high-quality pellets suitable for storage and transportation to facilities where it can be burned to produce heat and power, he said.

Dalai and colleagues have been using computed tomography techniques at the Canadian Light Source at USask to examine lab-produced pellets. When he first visited a synchrotron in the U.S. about 25 years ago, Dalai saw things nobody can see with the naked eye. “It ignited a passion in me to apply these techniques to biomaterial,” he said. 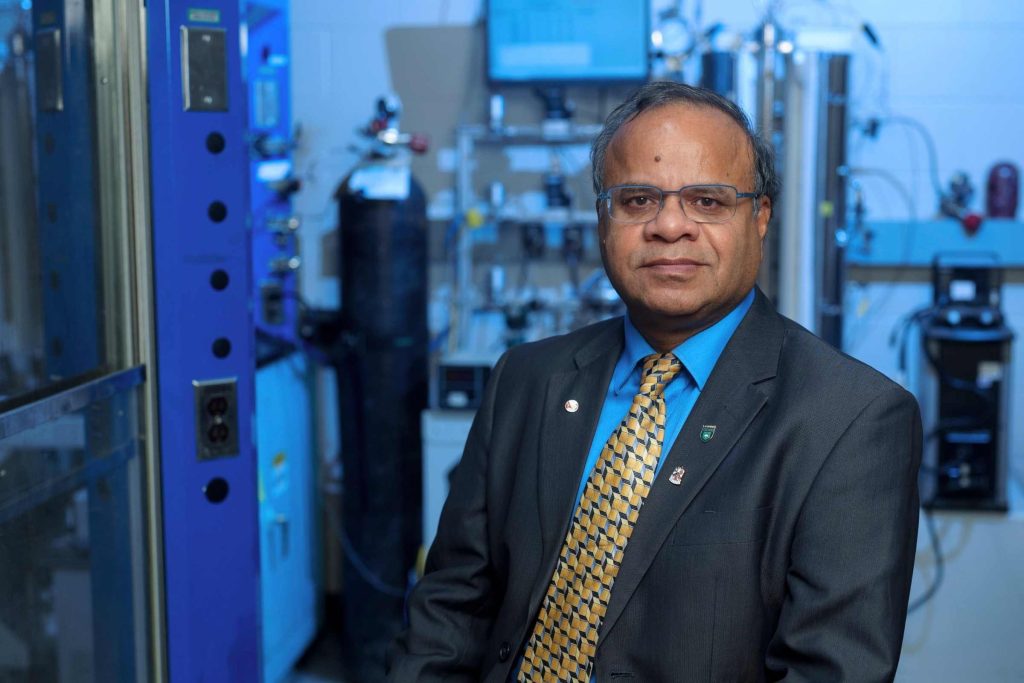 “We need to know how they look on the inside, what the structure looks like,” he explained. “Tomography allows us to assess the impact of different additives and different amounts of water on the mechanical strength of the pellet and the amount of energy produced when you burn it.”

His latest research, published in the International Journal of Hydrogen Energy, demonstrates the optimal amounts of various additives that serve as binders and lubricants to create a canola meal pellet that will not absorb too much moisture or crumble when stored or transported. It is a recipe that is now ready to be tested in the real world.

“We’ve been working for five or six years on this project. It’s time to produce the pellets on a large scale to see the consistency of the product.”

The team’s pellet-making equipment has arrived and, working with industry partners, they will conduct an economic analysis of the canola meal pellets. “Are we ready to formulate and produce on a large scale for export? No, but our dream will come true one day,” he stated.

As the up-scaling continues, Dalai’s team will investigate alternative, lower-cost additives and apply their recipe to other biomaterials, including canola hull, mustard meal and hull, and oat hull. Supplies are plentiful “because we don’t have enough cattle in Saskatchewan to eat all of the biomass.” Dalai is also interested in combining agriculture biomass with forest residue to create new formulations.

“The potential of using biomass for bioenergy is enormous and exciting,” said Dalai. In addition to generating significant revenue for the agriculture industry, “we all have a responsibility to create an environment that will be good for our children and grandchildren.”