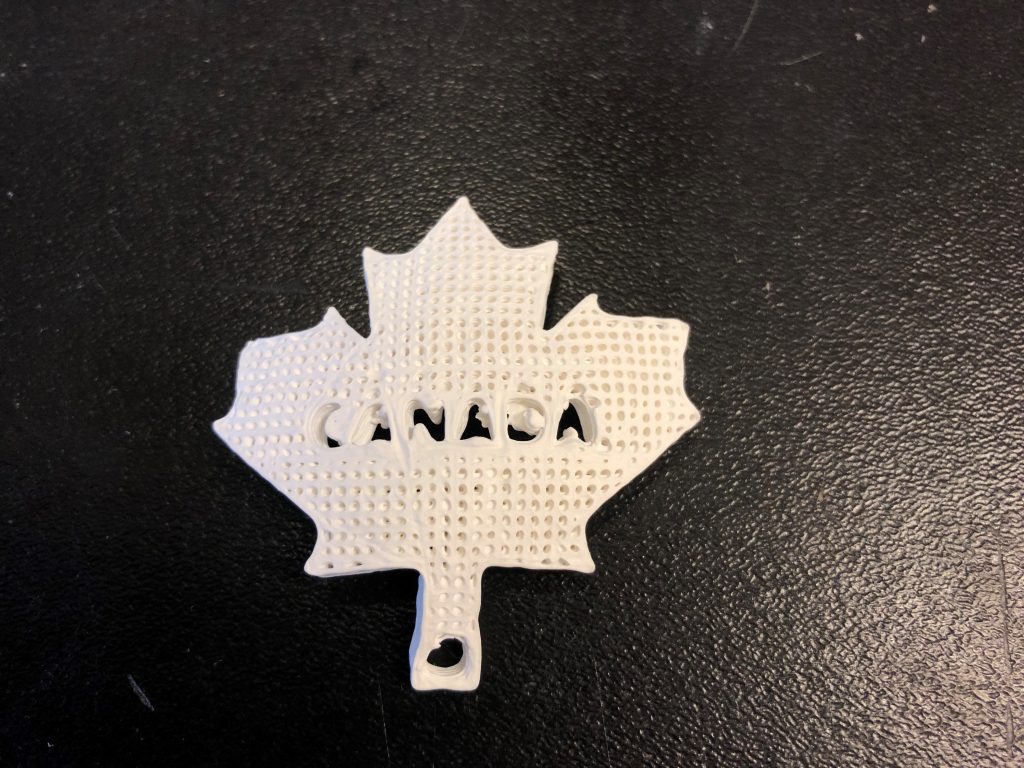 Mounting concerns and urgency over environmental pollution and fossil fuel depletion has led to a number of exciting innovations, including right here at the University of British Columbia. UBC researchers have developed a cellulose ink for 3D printing, with the potential to supplant plastics in various applications.

Cellulose is the most abundant polymer on earth, and for thousands of years it served as the primary source material, before the rise of petroleum-based plastics. Today its primary industrial application is pulp and paper. But, annual plant production of cellulose is exponentially greater than plastics production. This means that, if cellulose performance and the number of applications can be expanded, it has the potential capacity to satisfy demand for plastics materials – and 3D printing could hold the key.

3D printing is an advanced manufacturing technology that can create objects with a high level of complexity and customization. The technology has been well adopted for various materials including polymers, metals, ceramics and cement. However, its application with bio-based polymers, especially cellulose, has been limited. This is due to the poor processability of cellulose – for example, it cannot be melt processed, or easily dissolved in green solvents.

To address these challenges, UBC researchers have developed a water-based cellulose ink that can be 3D printed into various shapes. Within a single cellulose fibre found in paper and tissue, there exists millions of cellulose nanofibrils bundled together. These cellulose nanofibrils bundles can be separated chemically or mechanically, forming a paste that can be used for 3D printing. Using a commercial 3D printer, cellulose structures of various shapes and sizes can be created, including wood log piles, honeycomb, and human ears.

Researchers continue to explore how to fine tune the properties of the 3D printed cellulose structures by manipulating the interaction between cellulose nanofibrils. For example, a 3D-printed, stiff and rigid cellulose structure can withstand more than 15,000 times its own weight without collapsing. The honeycomb structure can be used as thermal insulation panels for buildings and construction.

In another example, a soft, flexible, and super-elastic structure was printed, which demonstrated fast recovery after being compressed – properties that had not been previously reported. Just like paper becomes soft when wet, the cellulose nanofibrils within the 3D printed structure also become flexible when surrounded by water molecules. In the presence of salt and water molecules, the 3D printed cellulose structure showed ionic conducting performance, responsive to the degree of compression. This can be used to fabricate pressure sensors for medical or industrial applications, for example, to monitor body movement or pulse during exercise.

It is expected such 3D printed cellulose structures has potential applications in various fields, including flexible electronics, biomedical, building and construction, and food packaging. Its capabilities need to be explored by combining knowledge and skills in chemistry, nanotechnology, and advanced manufacturing. Cellulose has great potential for advanced materials design – it is the material of the future.

Dr. Feng Jiang is an assistant professor in wood science at the faculty of forestry at the University of British Columbia. He is also the Canada Research Chair (Tier II) in Sustainable Functional Biomaterials. He can be reached at feng.jiang@ubc.ca