Cepi – the Confederation of the European Paper Industries – argues the European Parliament’s well-intentioned vote on the regulation on deforestation could hinder the action of the forest workers responsible for managing European and global forests sustainably. 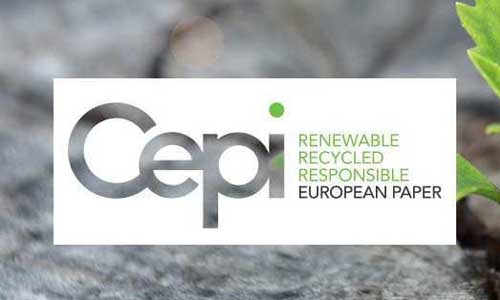 EU forests need active management to expand in surface, adapt to climate change and efficiently trap CO2, with the resulting wood products substituting ones made from fossil materials. While deforestation caused by land use change is still an issue that needs to be tackled actively at global level, the European Parliament’s vote today might inadvertently put operators who source wood from the forests they manage sustainably in legal jeopardy. This also includes non-for-profit and public sector actors focused on forests sustainability and climate adaptation.

The process of adapting forests to a changing climate often requires the introduction of new species which the new EU regulation’s definition of ‘forest degradation’ will make more difficult. Additionally, the regulation introduces the concept of ‘forest conversion’, which is not defined and potentially overlaps with the definition of deforestation as conversion of forests to other land uses. The text proposed generally fails to recognize the existence of local practices which benefit forests, including their biodiversity, and are partly to be credited for the dramatic expansion of European forests over the past century.

The Parliament also ignores the modest size of the local enterprises involved in the forest economy and misunderstands their role in global supply chains. The polygonal geolocation scheme proposed would simply be impossible to apply in the long and diverse European and global supply chains. Instead, it should recognize the variety of sustainable practices as they are adjusted to local ecosystems and their climate adaptation needs.

Today’s vote is in contrast to the report on the implementation of the EU Forest Strategy also debated this week, where the EU Parliamentarian Ulrike Müller emphasized that “varying forest conditions and forest types may require different management approaches based on different ecological needs.”

In a next stage of the legislative process, the Parliament has now a chance to clarify the proposed definitions during its negotiations with the EU Council. The Council’s own position is grounded in international agreements on forest management and a clearer definition of forest degradation. Similarly, the report by Ulrike Müller recommended an alignment with the definitions provided by the FAO, ensuring that an EU regulation could have a real impact at global level on the issue of deforestation, which the forest sector as a whole, and the paper industry in particular, is determined to fight.

“Forests cannot be treated as a uniform and unalterable object that has to fit a certain standard. Across the many climates and nature types of Europe and globally, this simply cannot work. The paper industry is a pioneer in sustainable sourcing and actively opposes deforestation, but we have to use the tools which we know are working,” said Jori Ringman, director general for Cepi, the Confederation of the European Paper Industries.