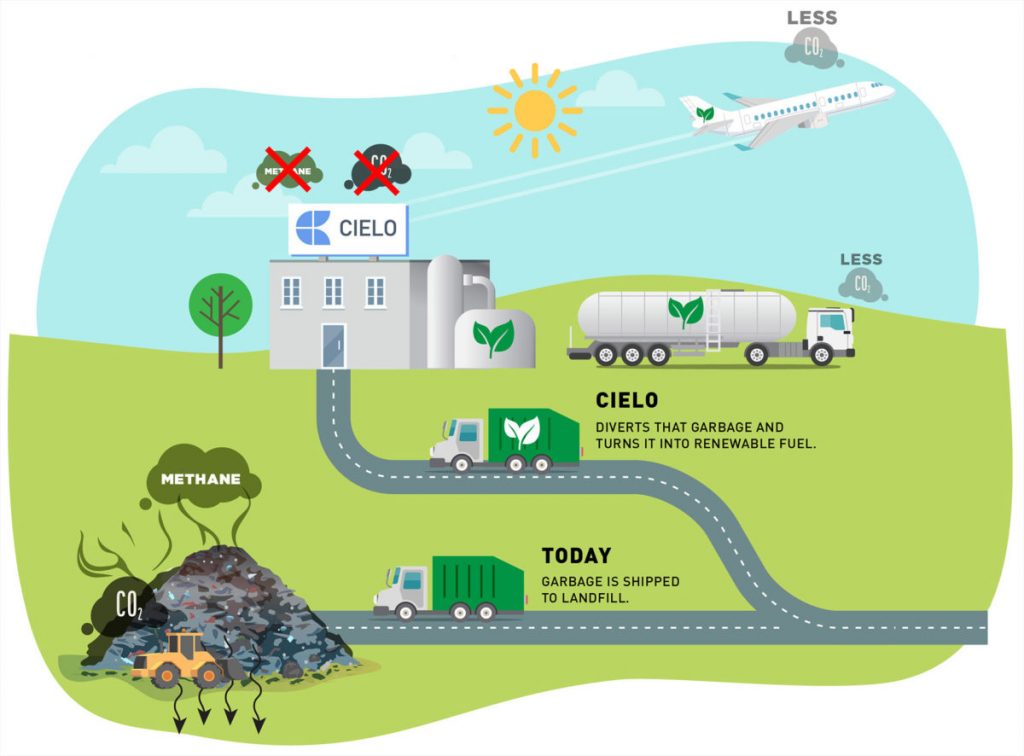 Cielo refineries can transform most household and industrial waste that currently goes to landfill into valuable diesel fuel. The refineries operate with virtually no emissions. Image/text source: www.cielows.com

Lethbridge, Alta., could be the next site of a household and industrial waste-to-biodiesel refinery from Vancouver-based Cielo Waste Solutions.

Cielo announced July 29 it has signed memorandum of understanding with Renewable U Lethbridge Inc. (Renewable U LA) to build the refinery in the southern Alberta city. The two companies are now working towards entering into a joint venture agreement to build and operate the facility.

The plans are part of a network of joint-venture refineries by Cielo and subsidiaries of Renewable U to be located in Alberta’s Grande Prairie, Medicine Hat, Brooks, and Calgary.

“Renewable U’s support and belief in our waste to energy technology solution to the global garbage crisis continues to surpass our expectations,” Don Allan, president and CEO of Cielo, said in a news release.

“With their assistance we are actualizing on our vision of Cielo becoming renowned as one of the greenest corporations in the world. Pursuant to the terms of the contemplated arrangement between Cielo and our joint venture partners we will not have to put up any money to build and place the next five refineries on stream, with an approximate capex of $125 million. With Renewable U’s continued support and their plans to further expand the number of territories that they have with Cielo, we are well on the way to having multiple refineries up and running in a short period of time, generating significant cash flow for Cielo,” Allan said.

Cielo also announced that commissioning of its first waste to “high grade renewable diesel” refinery in Aldersyde, Alta., is nearing completion. Work continues on the installation of
instrumentation and automation components for remote monitoring and accurate measurements of both feedstock inputs and fuel outputs.

The company anticipates the refinery will be at full capacity with production taking place 24/7 by mid-August 2019.