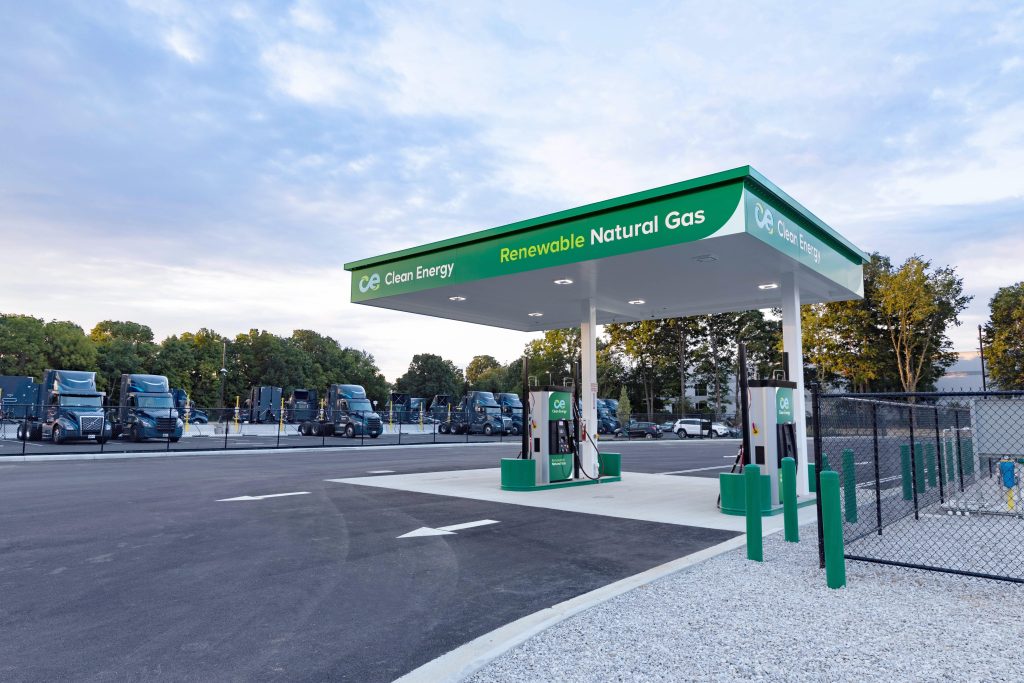 Amazon trucks will fuel at the station, which also will provide public access for local fleets seeking access to RNG, a sustainable fuel produced from organic waste.

“Large fleets fuelling with RNG have the ability to realize immediate and significant carbon reduction, especially in the heavy-duty truck sector which could be many years away from meaningful electrification,” said Andrew J. Littlefair, president and CEO, Clean Energy. “The opening of our station in Ohio is exciting because it’s the first of many more to come throughout the U.S. and will help efforts to reduce greenhouse gas emissions and reduce climate change.”

The Groveport station is the first construction project completed in an agreement between Clean Energy and Amazon. Many of the 19 new stations will follow Groveport and should be operational by the end of the year, supplementing Clean Energy’s fuelling network of 550 stations in North America.

By dispensing 700,000 gallons of RNG annually instead of diesel, the Groveport station will reduce carbon emissions by 6,848 metric tons – the equivalent of growing 114,133 trees for ten years, removing 1,489 passenger cars from the road, or reducing 2,750 tons of landfill waste.

Also joining the ceremony was Evan Barton, owner of South Fork Dairy in Newark, OH. Clean Energy recently signed an agreement to develop a digester that should produce 500,000 gallons of RNG a year from the manure produced by Mr. Barton’s 3,300 dairy cows when completed. This $15 million investment at the South Fork Dairy will produce RNG fuel to be used at the Groveport station and others around the country. Similar investments in other Ohio dairy farms are underway, providing farmers to address the issue of fugitive methane emissions while benefiting from an additional revenue stream.

The Groveport station covers 6.7 acres and includes multiple fast-fill dispensers for easy in-and-out fueling of RNG; time-fill posts for up to 52 trucks, allowing for cost-effective fueling and the most advanced technology transmitting real-time data to customers; and 52 parking places for drivers’ personal vehicles. This multi-million-dollar investment in the Columbus, OH area will put it on the map as a hub for clean, sustainable fueling. Plans are already underway to add fuelling capacity for additional heavy- and medium-duty trucks.

RNG is made entirely from organic waste and drastically reduces greenhouse gas emissions. It is so clean that the California Air Resources Board gives RNG from dairies an average carbon score of -343, much cleaner than electric powered vehicles.