May 24, 2017 - CO2 Solutions Inc. has completed the preliminary engineering phase of the project to capture carbon at the Saint-Félicien Pulp Mill, the company announced yesterday. 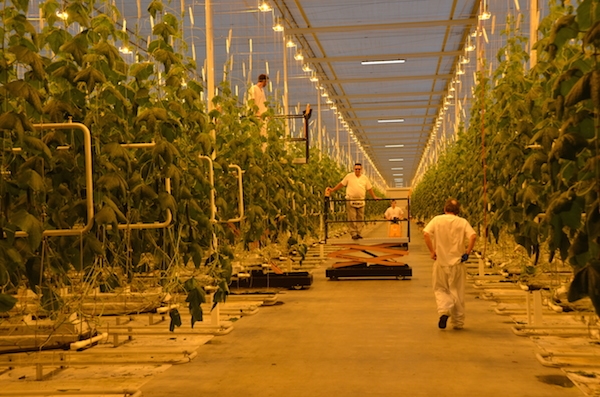 The project will see a carbon capture unit installed at a Resolute Forest Products’ pulp mill in the Saint-Félicien region of Quebec and the commercial reuse of the captured CO2 by Serres Toundra greenhouse facility.

The unit will be designed to produce 30 tonnes per day (tpd) of CO2, a higher number than what was initially expected. Since the anticipated revenues were based on a 15-tpd estimate, the company now believes annual revenues from the project will amount to $750,000.

The next phase of the project will involve detailed engineering of the CO2 capture and reuse facility, which is scheduled to be completed by October 2017. The completed capture plant is expected to be commissioned and begin production in late 2018.

According to the news release, the project’s initial budget of $7.4 million has been increased to $8.4 million due to fluctuations in currency and inflation.

“We are very pleased with the progress of the project to date and the co-operation between the partners,” Richard Surprenant, chief technology officer for CO2 Solutions, said in the release. “The project’s cost is in line with our internal models as adjusted for currency fluctuations and inflation. This further confirms our industry leading low capital expenditure estimates for larger scale units.”

“We are very excited to be working on this first commercial CO2 capture project, which will deliver the blue print for future installations we anticipate marketing to our existing customer base,” Lyne Ricard, Executive Director, project management practice at BBA, the engineering firm, said in the release. “The beauty of CO2 Solutions’ technology is that it not only helps mitigate carbon, and thereby promises to reduce the increasing liability associated with emitting carbon, but it also enables an economically viable reuse of CO2. We believe that this is a proposition that will resonate well with our industrial partners and look forward to increasing the visibility of this technology across various industries.”