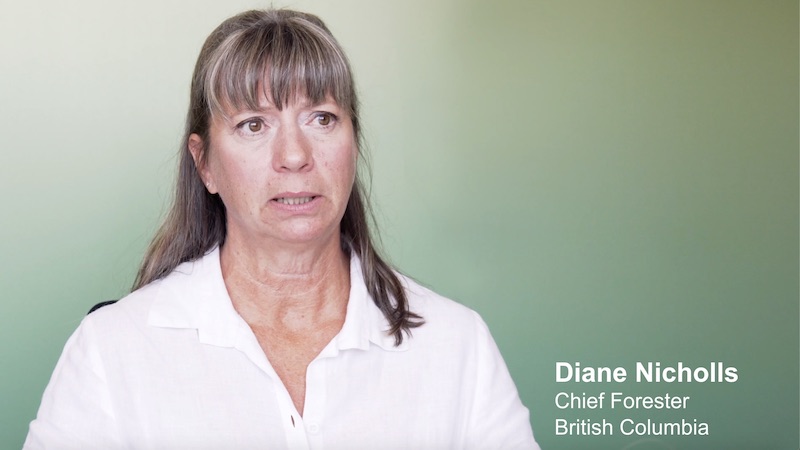 British Columbia’s Chief Forester Diane Nicholls believes that the province has one of the best sustainable forest management regimes in the world and that pellets are a critical piece of forest health and the future of the bioeconomy.

Earlier this summer, we sat down with Diane to talk about her role and where she sees wood pellets in B.C.’s future. As B.C.’s independent Chief Forester, Diane determines timber harvest levels on public lands across the province. Her other areas of responsibilities include B.C.’s forest carbon initiative, forest health and silviculture.

Watch the three minute video below to find out why Diane believes pellet producers are opening our minds to the future of pellets.