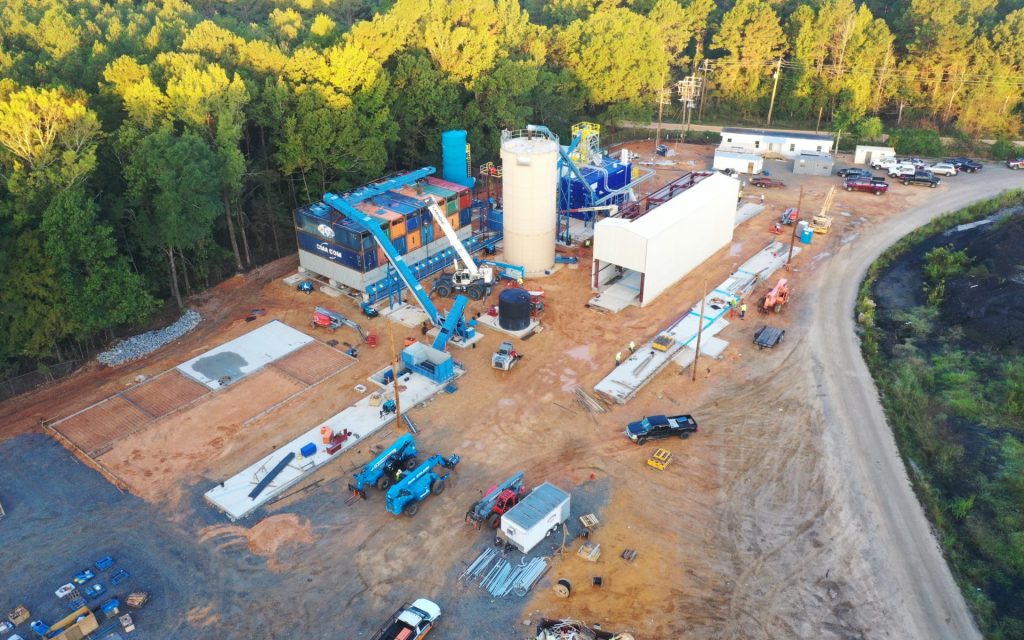 Leola, in Grant County, Ark., is part of a $40 million investment by Drax in the state, creating approximately 30 new direct jobs across all the three sites planned for Arkansas as well as many more indirect jobs.

Including Leola, Drax’s operates six pellet plants in the U.S., which use biomass sourced from sustainably managed working forests in Louisiana, Arkansas and Mississippi. The pellets are used at Drax Power Station in England to generate renewable electricity for millions of UK homes and businesses.

Drax’s conversion of its UK power station to sustainable biomass from coal was Europe’s largest decarbonization project, reducing emissions from Drax’s power generation by 90 per cent since 2012. Sustainable biomass is enabling Drax’s plans to deploy bioenergy with carbon capture and storage (BECCS) – a pioneering negative emissions technology which permanently removes millions of tonnes of carbon dioxide from the atmosphere.

“Drax has made excellent progress in delivering our $40 million investment in Arkansas, with Leola – the first of three planned satellite pellet plants – now in operation.

The investments we’re making will bring 30 direct jobs and many more indirect jobs and opportunities to rural communities in Arkansas alongside supporting international efforts to tackle climate change. These plants support Drax’s plans to develop bioenergy with carbon capture and storage – a vital negative emissions technology that will be needed around the world to tackle the climate emergency.”

The three satellite plants in Arkansas are expected to produce a total of around 120,000 tonnes of sustainable biomass pellets a year from sawmill residues. This supports Drax’s plans to double its pellet production capacity to eight million tonnes by 2030 to meet its own requirements, as well as its customers’ needs in Europe and Asia, amid an expected increase in global demand for the low-carbon fuel.

The satellite plants are located near sawmills, so they can use the sawdust and other by-products produced when timber is processed, to make the pellets. Siting the pellet facilities near sawmills reduces infrastructure, operational, and transportation costs.

Construction of the second Arkansas satellite plant in Russellville, Pope County is underway with commissioning expected this year. Drax is continuing to develop plans for a third plant.