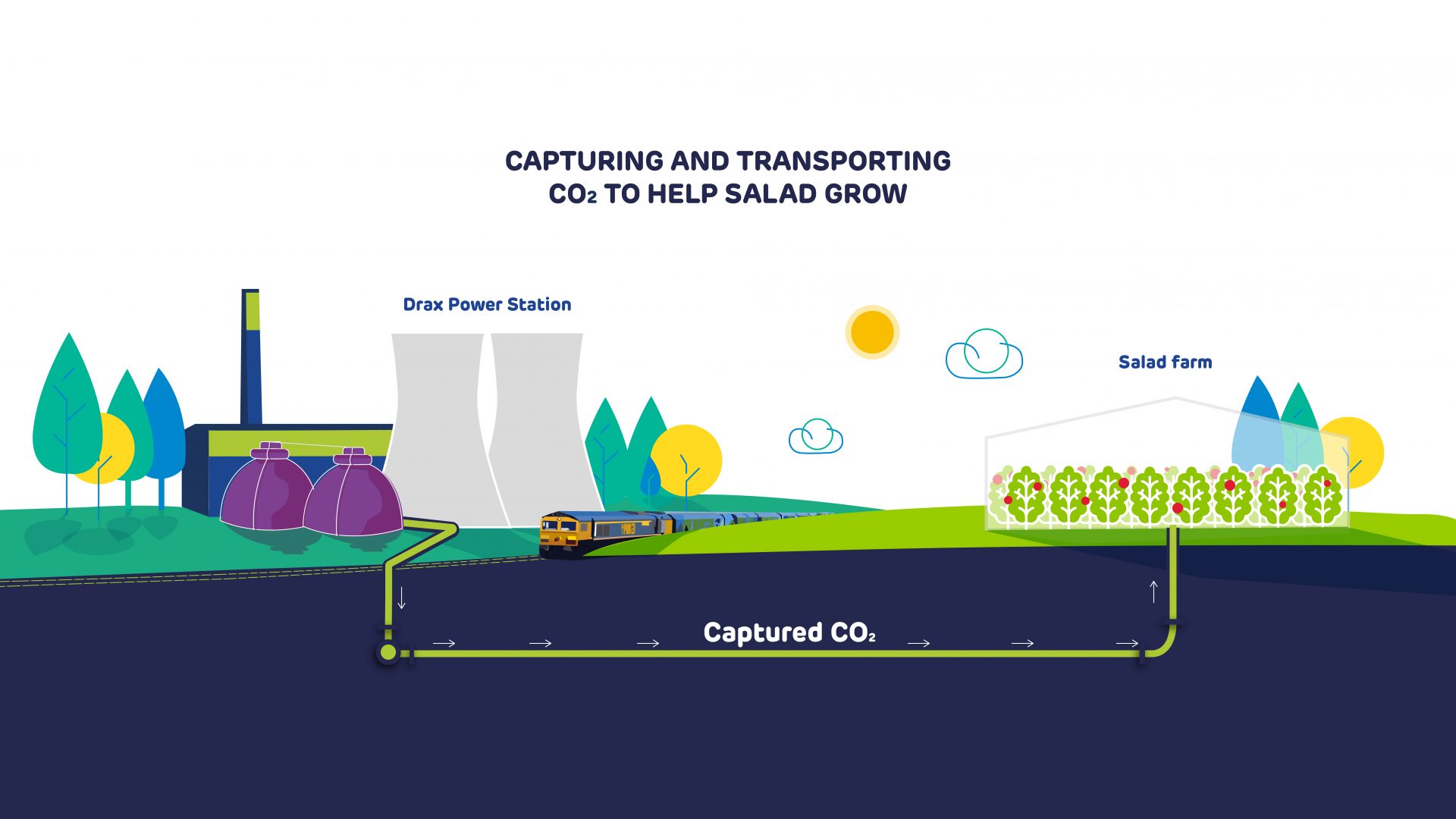 Drax Group will explore the feasibility of using molten carbonate fuel cells as a technology for capturing carbon dioxide (CO2) having secured £500,000 of funding from the UK Government.

Th government funding will be used to explore using FuelCell Energy’s molten carbon fuel cell to generate electricity whilst capturing CO2 from the flue gases produced during the combustion of biomass for renewable power generation at Drax.

Once captured, the CO2 will be transported to a horticultural site which is located next to the power station, to help improve its greenhouse yields.

“We believe fuel cell technology could help us to meet the rise in global demand for electricity, whilst capturing the carbon dioxide produced during its generation,” Will Gardiner, Drax Group CEO, said. “Our FEED study will help us to understand the technical and economic feasibility of fuel cells, with a view to scaling the technology up, whilst showing that clusters of businesses working together to deliver climate change solutions, can also deliver benefits for their business.”

The technology developed by US-based FuelCell Energy captures the CO2 from an external flue gas stream whilst also generating electricity. This gives the technology a potential advantage over solvent-based systems, which can consume heat and electricity in order to operate.

“Carbon capture using FuelCell Energy’s solution is a potential game-changer for affordability and efficiency of concentrating and capturing carbon dioxide from emitters,” said Tony Leo, executive vice-president, chief technology officer of FuelCell Energy. “We are pleased to have the opportunity to partner with Drax and BEIS for such an innovative and critically important subject as cleaner energy.”

The FEED study will explore the potential for utilising the CO2 from the fuel cell pilot to help improve crop yields. Tomatoes and other salad crops will be grown by APS Group in huge greenhouses owned by P3P Partners which are next to Drax Power Station.

Drax Power Station in North Yorkshire is the UK’s largest renewable power generator after converting two thirds of the plant to use sustainable biomass instead of coal.

It is now looking at a range of technologies which could enable it to capture the carbon dioxide released from the combustion of biomass to become the world’s first negative emissions power station.

The Royal Society and Royal Academy of Engineering have estimated that bioenergy carbon capture and storage (BECCS) could enable the UK to capture 50 million tonnes of carbon dioxide per year by 2050 – approximately half the nation’s emissions target.

The Front End Engineering Design (FEED) study will be completed at Drax later this year.