Dust Safety Science aggregates their incident research twice a year into Incident Reports, and this most recent report includes all incidents they’ve captured from Jan. 1, 2021, to June 30, 2021.

These are broken into fires and explosions occurring in North America and Internationally throughout the world.

We have been recording combustible dust incidents as part of DustSafetyScience.com since 2016.

The following table compares the number of incidents, injuries and fatalities entered into the database since we started recording.

Loss history from dust explosions in the United States over the last five years is given in the following table. This data has been collected in the incident database and reported in the combustible dust incident reports, 2016 to 2021.

This data gives an average of 31 dust explosions per year, 28 injuries and three fatalities over the last six years. Note that dust fires are excluded in this analysis.

Some of the more severe incidents include:

Limited information has been available for damages from dust explosions and fires. From the information that is available, only two incidents resulted in more than $1,000,000 in losses so far:

In reviewing the global incident data, food and wood products made up over 75 per cent of the combustible dust fires and explosions recorded. 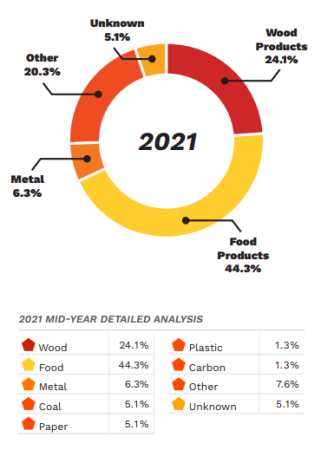 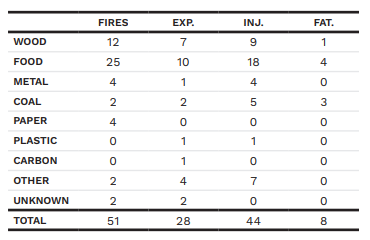 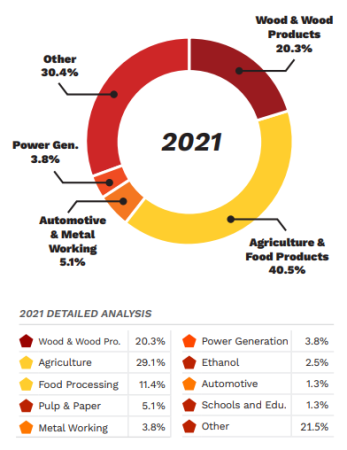 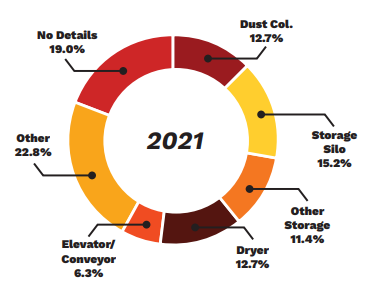 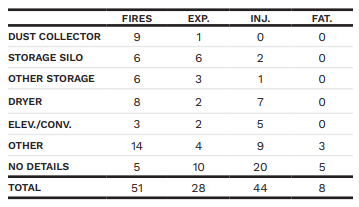 For more information or to download a copy of the report, visit www.dustsafetyscience.com/2021-report.

The contents of the incident reports are generated using publicly available news articles and resources. The data is provided for informational purposes only and is not meant as a replacement for professional guidance. Due to reliance on third-party news agencies, incomplete articles, and limited analysis methods, DustEx Research Ltd. makes no warranties or guarantees to the accuracy or completeness of the information provided.

Related
WorkSafeBC shares numbers on combustible dust initiative
The third annual Dust Safety Week is approaching!
Editorial: We can learn from a close call at Pacific BioEnergy
Dust Safety Week 2018 is a wrap!