News Opinions
From the Editor: ‘Don’t wait for government’

Aug. 7, 2018 - Mayor Anna Tenje of Vaxjo, Sweden, is enormously proud of her city. She lovingly describes sleek wooden apartments built alongside sparkling blue lakes and lush green forests in the municipality of 92,000. 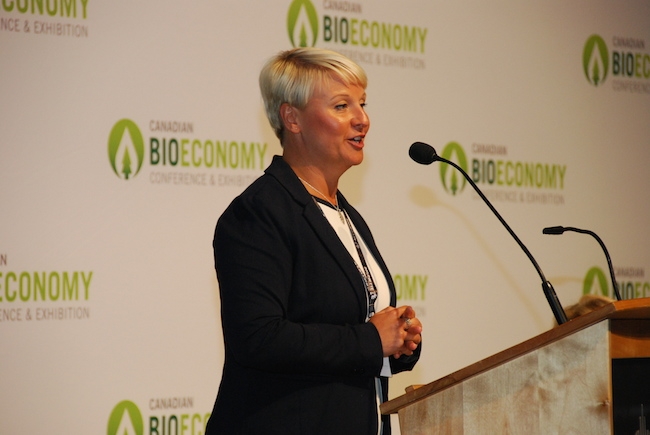 But it wasn’t always this way. In the 1970s the Swedish city underwent a restoration of its central lakes, and in 1996, Vaxjo became the first city in the world to mandate a fossil-fuel free future by 2030. To reach its ambitious goal, the city uses bioenergy via a wood-fuelled CHP district energy system that supplies 90 per cent of the heating demand, as well as municipal waste biogas plants and small-scale hydro, solar and wind installations. City buses run on biofuel, and smart urban planning encourages bicycle commuting.

For years the community has designated itself Europe’s greenest city, and in 2017 the EU Commission validated their claim with the European Green Leaf Award 2018.

Since the 1996 decision, Vaxjo has reduced emissions by 58 per cent and improved economic growth by 32 per cent. “We have shown that this is possible,” Tenje told an audience of hundreds in Prince George. Tenje gave a keynote address at the Canadian Bioeconomy Conference and Exhibition in early June, and I had the pleasure of being in the audience for her talk. (Read coverage of the conference here.)

Her most poignant advice for the crowd: “Don’t wait for the national legislation; it won’t come for years.” Effective change, she said, begins not at a federal or even international level, but in the cities and municipalities around the world. “I would like to see more communities take the chance,” Tenje said.

I could almost feel the head nods around me; particularly from host city Mayor Lyn Hall, who has long been an advocate for the bioeconomy in Prince George. The city boasts a wood-based district energy system that connects 11 downtown buildings, while the Prince George campus of the University of Northern B.C. has a biomass gasification plant.

Unfortunately, Tenje’s message was preached to the choir. The conference room was packed, but attendees more often than not were industry insiders or politicians already on board to support the bioeconomy. It’s a message that all Canadian municipalities large and small should hear: When it comes to the environment, don’t wait for government. Economic prosperity and clean energy can go hand in hand; Vaxjo and Prince George both prove that it’s possible.

But there’s a lesson in there for the bio-industry as well. Continue making pitches to municipal governments. Don’t wait for Ottawa or your province to further incentivise your project. Funding programs come and go (they are very much going in Ontario courtesy of the new provincial government) but as the changing climate continues to put pressure on all municipalities around the world, the right solution will make sense to a growing number of cities, towns and rural and remote communities. •

Related
Opinion: Biocleantech promises new jobs and markets for Canada
Final Thoughts: Advancing bio-based solutions for a low-carbon economy
From the Editor: Are we entering the bio-age?
Opinion: FPAC looks back at the year that was and what’s to come