November 6, 2015 - Markets, growth in the north, the ever-popular Power Panel and dust management were just a few of the highlights at the Wood Pellet Association of Canada’s annual conference, which took place from Nov. 3 to 5 in Halifax.

Approximately 200 people filled the Cunard Centre to check out the WPAC 2015 conference, which featured a variety of speaker panels, keynote speakers, a day of tours and an industry trade show.

WPAC’s Gord Murray and Michele Rebiere kicked off the first day of sessions by welcoming everyone to Halifax and introducing Allan Eddy, Associate Deputy Minister of Natural Resources for the Government of Nova Scotia, who gave the welcoming address. 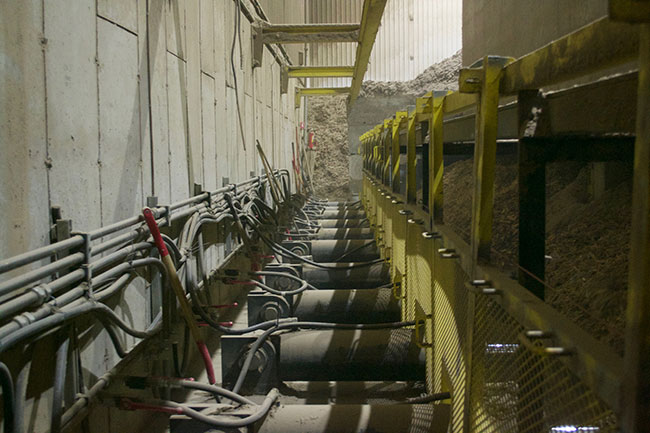 Burns discussion about biomass use in the N.W.T. included a variety of projects already constructed or in the process of being built throughout the territory.

Since the first commercial wood pellet boiler system was installed in Yellowknife in 2007, N.W.T. has invested in an additional 21 biomass heating projects. Burns said these projects have offered energy savings of about 35 per cent, compared to running on traditional heating methods such as heating oil, diesel-fuelled electricity generation and propane.

The N.W.T. uses about 21,000 tonnes of wood pellets annually with most of the supply coming from Northern Alberta. Transportation accounts for a major cost for the pellets, since supply routes are typically challenging and vary greatly across the territories. Some areas do not have year-round road access so planes are sometimes needed to fly in shipments.

To help grow consumer awareness and support the use of biomass in the territory, the GNWT recently formed a biomass association. Established pellet markets in the region have helped create consumer confidence in pellet availability, but quality of the pellets is vital.

With the biomass heating appliances being installed as primary heat sources for facilities such as hospitals and prisons in areas where winters can bring temperatures as low as -55C, poor quality pellets that could create boiler maintenance issues or shutdowns aren’t an option, he told the crowd.

The first wood pellet plant in N.W.T. is currently in the design phase. 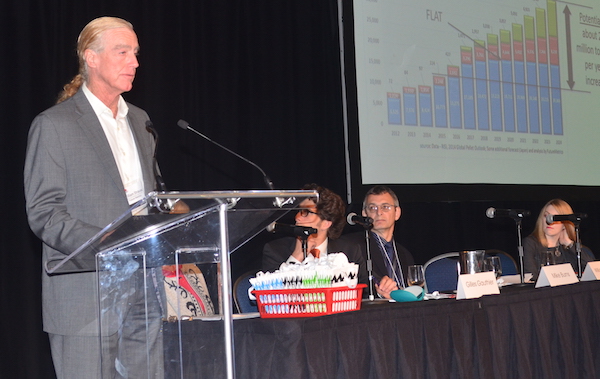 Residential growth
FutureMetrics’ Strauss said he expects the pellet market to grow in Canadian provinces that are reliant on electricity and heating oil.

The big advantage of using wood pellets is its price stability in comparison to other fuel sources, despite the recent drop in prices of heating oil and propane, he explained.

On the export side, Strauss explained that the U.S. Clean Power Plan could present opportunities for the Canadian pellet market in the future by working with the pulverized coal industry to lower emissions by converting coal-powered generating stations into biomass co-firing facilities that are fuelled by wood pellets.

Fiona McDermott of Hawkins Wright offered the crowd a global pellet outlook. In her presentation she broke down the various leaders in the world for wood pellet consumption.

McDermott also forecasted that the Dutch market would rise to 3.25 million tonnes by 2020, and that Sweden’s carbon tax increases in January 2016 and January 2018 could increase the use of biomass process heat and district heating. However, the heating oil market will end up being the main determining factor for growth in the heating pellet market.

About 65 per cent of wood pellets consumed in Europe are used to produce heat, about 18.8MT; compared to 7.8MT used for industrial use. Leaders in pellet consumption in Europe are Italy, Germany, Sweden, France and Austria.

Gauthier said that all five European leaders’ pellet use varies. For example, Italy is heavily reliant on importing wood pellets while Germany and Austria create enough to meet their needs. 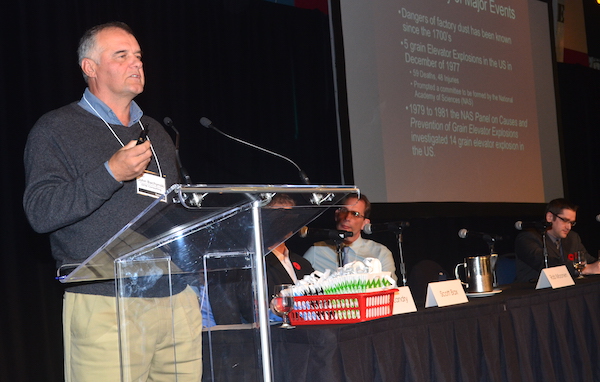 “That’s about one every three days,” said Bachynski. 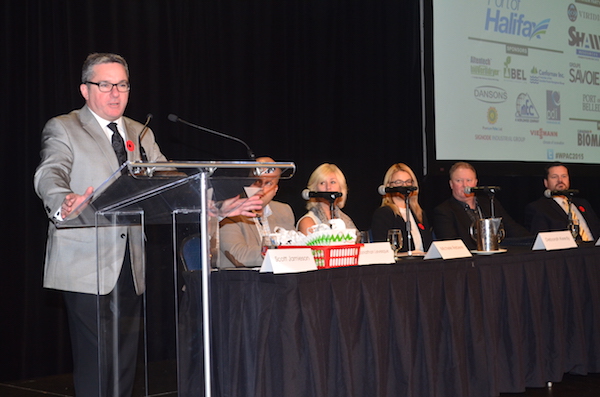 One of the questions fired at the panel related to the recently formed cabinet of new Prime Minister Justin Trudeau. It was, “Does having a Minister of Environment and Climate Change make a difference for our sector?”

“Just having a Minister of Environment and Climate Change says a lot,” Boyko responded.

Another question fired at the panel asked to what extent the panel expects the big drop off of industrial pellet consumption in 2027 will affect the Canadian market?

Drax’s Keedy responded by stating that the U.K. has projects that extend beyond 2027, and as coal systems are taken offline in the country that there will be new opportunities for the biomass sector.