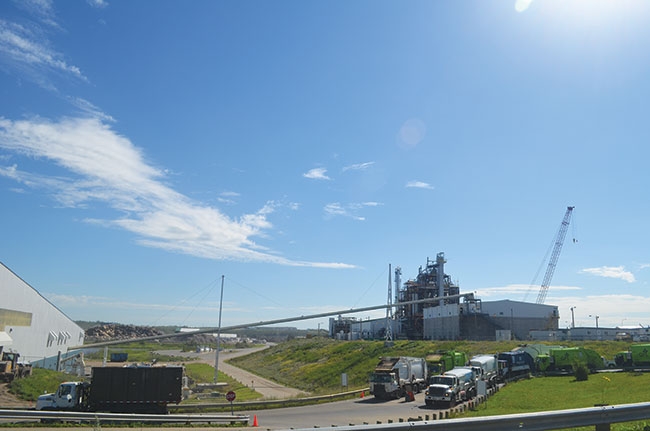 Trucks lineup to unload at the Edmonton Waste Management Centre

Enerkem’s waste-to-biofuel facility in Edmonton is the first commercial-scale plant in the world to produce cellulosic ethanol made from non-recyclable, non-compostable mixed municipal solid waste.

The company began producing and selling its biomethanol in late 2016, and expanded production to include cellulosic ethanol with the installation of its methanol-to-ethanol conversion unit earlier this year.

“The commercial production of cellulosic ethanol at our facility in Edmonton marks a landmark moment for our company as well as our customers in the waste management and petrochemical sectors, and confirms our leadership in the advanced biofuels market,” Vincent Chornet, president and CEO of Enerkem, said in a news release.

The global biofuels market is expected to reach 124 billion litres per year by 2030 according to the International Renewable Energy Agency.

“We will now progressively increase production in Edmonton, while preparing to build the next Enerkem facilities locally and around the world,” Chornet said.