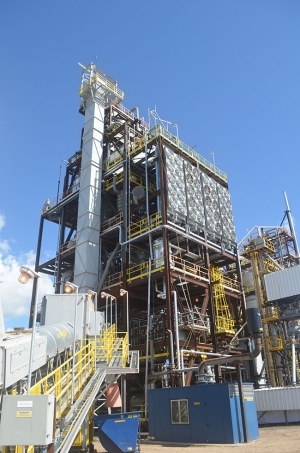 “The Enerkem Alberta Biofuels facility in Edmonton is fully operational in accordance with very rigorous production criteria”, said Vincent Chornet, President and Chief Executive Officer of Enerkem. “This third-party validation comes in at the right time as we are expanding our footprint in North America and Europe. Our disruptive solution sets a new standard in waste management, biofuels and chemicals, thus accelerating the transition toward a circular economy where waste becomes a resource to make everyday products.”

“We have been impressed with Enerkem’s discipline and commitment throughout the process of ramping-up the world’s first commercial operation of its kind”, said Greg Dimmer, Managing Director IAM Private Debt Group. “As Enerkem’s senior lender we look forward to expanding our partnership through future financing opportunities as the company continues to expand its market outreach.”

In less than five minutes, Enerkem’s technology turns household waste into 99.9 per cent pure liquid chemicals and biofuels. Since the start of production, the Enerkem Alberta Biofuels facility has been meeting the highest quality standards set by the International Methanol Producers and Consumers Association (IMPCA) for the production and sale of methanol. Last year, Enerkem’s biorefinery also became the first ISCC certified plant (International Sustainability and Carbon Certification) in the world to convert municipal solid waste into biomethanol.