April 17, 2018 - A team of engineers from the National University of Singapore (NUS) recently discovered that a naturally occurring bacterium, Thermoanaerobacterium thermosaccharolyticum TG57, isolated from waste generated after harvesting mushrooms, is capable of directly converting cellulose, a plant-based material, to biobutanol.

April 17, 2018  By National University of Singapore 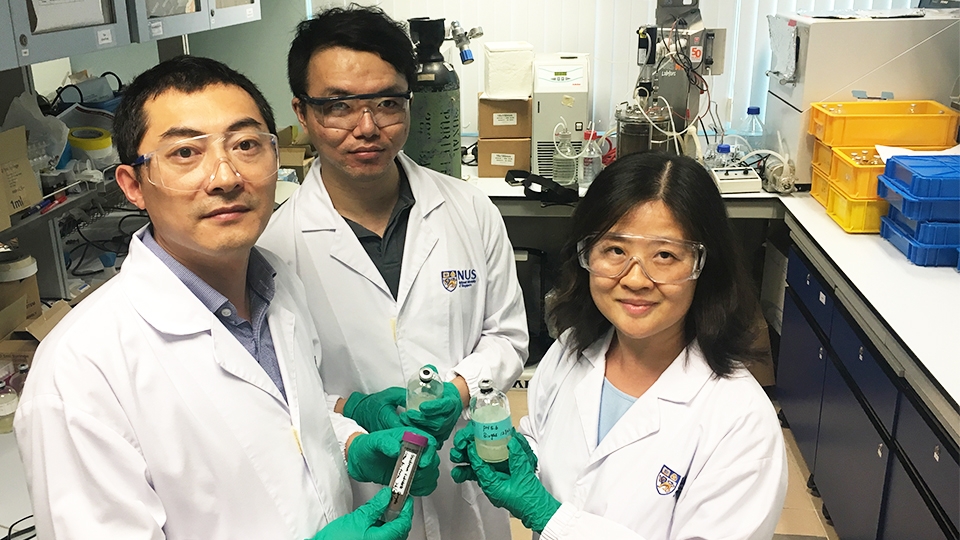 NUS engineers have found that a natural bacterium isolated from mushroom crop residue can contribute to greener and cheaper biofuel production.

A research team led by Associate Professor He Jianzhong from the Department of Civil and Environmental Engineering at NUS Faculty of Engineering first discovered the novel TG57 strain in 2015. They went on to culture the strain to examine its properties.

Assoc Prof He explained, “The production of biofuels using non-food feedstocks can improve sustainability and reduce costs greatly. In our study, we demonstrated a novel method of directly converting cellulose to biobutanol using the novel TG57 strain. This is a major breakthrough in metabolic engineering and exhibits a foundational milestone in sustainable and cost-effective production of renewable biofuels and chemicals.”

Biobutanol – An attractive biofuel
Traditional biofuels are produced from food crops. This approach is highly costly and competes with food production in the use of land, water, energy and other environmental resources.

Biofuels produced from unprocessed cellulosic materials such as plant biomass, as well as agriculture, horticultural and organic waste, are expected to meet growing energy demands without increasing greenhouse gas emissions resulting from the burning of fossil fuels. These cellulosic materials are in great abundance, environmentally friendly, and economically sustainable.

Among various types of biofuels, biobutanol offers a great promise as petrol substitute because of its high energy density and superior properties. It can directly replace gasoline in car engines without any modification. However, commercial production of biobutanol has been hampered by the lack of potent microbes capable of converting cellulosic biomass into biofuels. The current technique is costly and also requires complicated chemical pre-treatment.

Producing biofuel the green way
The novel technique developed by the NUS team could potentially be a game-changing technology for cost effective and sustainable biofuel production.

Spent mushroom compost – typically composed of wheat straw and saw dust – is the residual compost waste generated by mushroom farming. The microorganisms in the waste are left to evolve naturally for more than two years to obtain the unique TG57 strain.

The fermentation process is simple, and no complicated pre-treatment or genetic modification of the microorganisms is required. When cellulose is added, the bacterium simply digests it to produce butanol as the main product.

Moving forward, the research team will continue to optimise the performance of the TG57 strain, and further engineer it to enhance biobutanol ratio and yield using molecular genetic tools.

The team published the findings of the study in the scientific journal Science Advances on March 23.