Jan. 11, 2017 - Enviva Holdings, LP, the world’s largest producer of wood pellets, today publicly released the first data from its groundbreaking Track & Trace (T&T) program. T&T is a proprietary system that enables Enviva to track every truckload of wood the company procures from the forest back to its source, providing a detailed understanding of the characteristics of the wood the company uses. 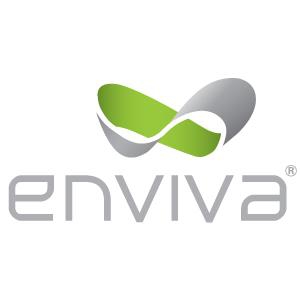 “Enviva’s sustainably produced wood pellets provide a cleaner energy alternative to fossil fuels, allowing electric utilities to replace coal and reduce the greenhouse gas intensity of energy generation while providing uninterrupted and dispatchable renewable energy that is there when customers need it,” said John Keppler, Chairman and CEO of Enviva. “With our Track & Trace program, Enviva maintains unprecedented data on our wood supply chain, driving sustainable procurement activities and helping us demonstrate and verify our commitment to forest sustainability while creating jobs and supporting economic growth in the American Southeast.”

Enviva makes pellets using low-grade wood from Southern working forests. Enviva does not use high-grade wood that would otherwise be milled into furniture or construction materials, but procures only low-quality materials such as pulpwood and “leftovers,” including undersized or crooked trees, limbs, tops, wood chips and sawdust. As an additional component of its commitment to sustainable sourcing, Enviva does not source wood from independently identified bottomland forest ecosystems that demonstrate high conservation value attributes, or from any forest where the landowner plans to convert to a nonforest use.

While Enviva has always had a rigorous system in place for ensuring that suppliers provide the company with wood that meets its sustainability requirements, Enviva has now developed T&T, a one-of-a-kind monitoring program that tracks all wood received from the forest to its harvest origin. Today’s public launch of Enviva’s Track & Trace program comes after years of planning and investment and thousands of hours of effort on the part of Enviva’s professional foresters and the company’s wood suppliers. Enviva is making T&T information available to the public through a set of interactive maps at www.envivabiomass.com/sustainability/track-and-trace

Before selling wood to Enviva, a supplier must provide detailed data on the specific forest tract being considered for harvest, including each individual tract’s precise geographic location, acreage, forest type, species mix, age and the share of wood from each harvest that goes to Enviva versus other consumers. Enviva does not accept any wood from a harvest without this information, and the company records the data and verifies the accuracy of its procedures through third-party audits.

T&T data are presented in two ways. First, the Forest Trend Map is based on time-series data from the U.S. Forest Service and displays changes in overall forest conditions in the Southeast U.S. and in each of Enviva’s forest supply areas. Second, the Enviva Wood Supply Map provides detailed information on actual timber harvests around each of Enviva’s facilities during the first half of 2016. Data include harvest site, landowner type, forest type, harvest type, years since last harvest, the number of acres harvested and the percentage of the harvest volume provided to Enviva for wood pellet production.

– Since Enviva opened its first U.S. mill in 2011, the total amount of forested land in its primary supply area has increased by more than 320,000 acres, with the volume of forest inventory on that land growing by 10 per cent.

– During the first half of 2016, Enviva procured wood from more than 750 individual tracts in 98 counties in seven southern states.

– During the first half of 2016, Enviva’s wood came from these sources:

– On average, the forests on these tracts were 37 years old at the time of final harvest.

“Research shows that sustainably sourced and produced wood pellets can significantly reduce greenhouse gas emissions on a lifecycle basis compared to coal,” said Jennifer C. Jenkins, Ph.D., Vice President and Chief Sustainability Officer at Enviva. “Enviva is providing transparency into our sourcing process so that policymakers and other stakeholders can investigate for themselves the responsible wood supply approach that Enviva is taking to ensure the positive environmental impact of our wood pellets.”

“By implementing such a robust tracking program for wood from the forest, and by providing real insight into their sourcing practices to the public, Enviva has taken the lead in supply chain transparency for the forest products industry,” said Scott Poynton, founder of The Forest Trust (TFT), a global nonprofit organization that partners with businesses to transform raw material supply chains to protect forests and communities. “They have made a tangible commitment here, and we believe others will follow.”

As the T&T system matures, Enviva expects to learn more and to incorporate the findings into its operations and procedures. Enviva plans to update the online T&T data a few times a year going forward.

Enviva Holdings, LP is the world’s largest producer of wood pellets, a renewable and sustainable energy source used to generate electricity and heat. Through its subsidiaries, Enviva Holdings, LP owns and operates plants in the southeastern United States that produce nearly 3 million metric tons of wood pellets annually. We export our pellets primarily to power plants in the United Kingdom and Europe that previously were fueled by coal, enabling them to reduce their lifetime carbon footprint by about 80 per cent. We make our pellets using sustainable practices that protect Southern forests. And we employ about 600 people and support many other businesses in the rural South, where jobs and economic opportunity are sometimes scarce. www.envivabiomass.com