Sept. 19, 2017 - With over 12 years of trials, research, and successful results, Lignition Corporation technology and agricultural products prove to be part of the solution to the world's looming carbon dioxide over abundance challenge. 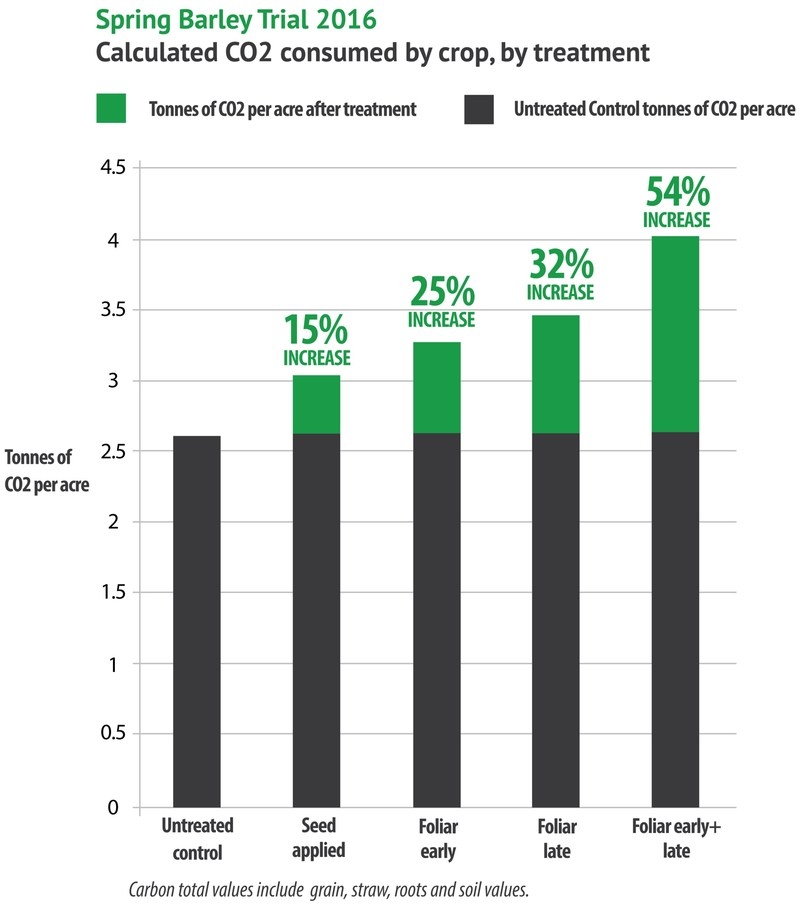 With Lignition products, carbon dioxide is seen as an asset instead of a liability. Using plant-based raw material feedstocks, naturally growing larger crops of higher quality that consume greater amounts of CO2 and sunlight/solar energy is the attainable answer, which also has worldwide immediately actionable possibilities.

With the globe’s projected population of 9-10 billion by 2050, there will be a greater demand for land, food, and input resources along with an increase of CO2 gas emissions from transportation methods and the production of all our “stuff”; nothing we don’t already know. While global governments, companies, and citizens are focused on reducing the CO2 they release now and in the future, Lignition products utilize the CO2 already present in the atmosphere and in the most basic and natural way possible – via photosynthesis; converting solar radiation to biomass that captures more CO2.

Everyone is taught at an early age about photosynthesis. All green plants need nutrients and water from soil, solar radiation from the sun, and carbon dioxide from the air in order to grow. The process turns a gas (CO2) into a solid (food, fibre), such as crops yields, organic matter, and even wood. This is the basis for all life on Earth, yet photosynthesis is a highly inefficient process at 1 per cent – 3 per cent, and dependent on many variables. Working within the framework of these already existing natural processes, Lignition products support yield development and photosynthetic efficiency within crops by as much as 5 per cent up to 50 per cent, or greater, than current levels. Carbon is actively being sequestered.

What does this mean for the consumption of the CO2 in our atmosphere? With Lignition treated crops working at a heightened photosynthetic efficiency, the crops will be absorbing carbon dioxide at greater rates than ever before. Recent studies have shown increases from 5 per cent up to 50 per cent more tonnes of CO2 being consumed per acre than untreated crops, while also increasing the number of bushels per acre, and improving the strength and quality of the crops. Carbon credits may play a key part in valuing CO2.

Maximizing the most natural process that has evolved over hundreds of millions of years is one of the at-hand answers to decreasing the amount of problematic carbon dioxide gas that is present in our atmosphere and impacting our air, water, and soil – all things imperative to human life. Utilizing as many acres of crops as possible with this capability will maximize the immediate positive impact!