Feb. 10, 2015 - Drax has a monstrous appetite for biomass. The operator of a 4,000-megawatt power station in North Yorkshire, England, it supplies about 7% of the country’s electricity. Drax needs large, reliable suppliers with cost-effective, reliable supply chains and able to guarantee long-term commitments. Los Angeles-based Rentech Inc. has assembled just this combination to land a 10-year supply contract with Drax, making it Eastern Canada’s de facto leader in wood pellet exports. 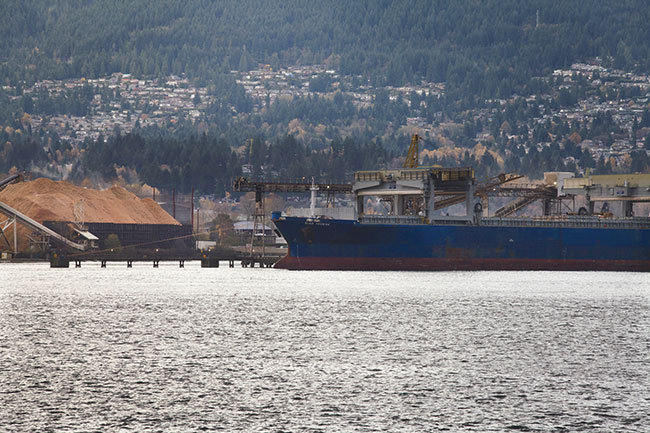 Just before Rentech announced the Drax deal, Canada-based professional services firm CPCS published a report, “Supply, Logistics and Export Strategies for Wood Pellets Produced in Eastern Canada”, that it prepared for the Quebec Wood Export Bureau (QWEB) and the Wood Pellet Association of Canada (WPAC). In it, CPCS details the requirements for a successful export strategy.

Rentech has met each of the big-ticket requirements CPCS outlined for becoming a major wood pellet exporter. Of all the wood pellet producers in Ontario, Quebec and the Atlantic Provinces, only Rentech has the required combination of high production volumes, direct rail access, dedicated pellet handling facilities at a year-round deep-water port and high-volume shipping to attract an European customer the size of Drax.

The CPCS report also discusses the possibility that a strong leader in the region could organize other producers to consolidate their pellets and use its supply chain to collectively create a strong exporter bloc. In its report, CPCS notes, “[There is] no export-focused producer in Ontario/Quebec to be a leader.” With the emergence of the Rentech production, export and contract structure, however, the landscape has changed. CPCS principal and study author Jean-François Arsenault agrees that, should Rentech wish to, it would qualify as a suitable export-focused producer to be a leader for the other producers. “Definitely,” Arsenault says.

In fact, at the eastern Canadian Pellet Logistics Workshop that QWEB and WPAC organized last summer, Rentech announced, “… we are able to consolidate volume and provide a conduit for other producers to the export marketplace.”

To feed the facilities, Rentech will purchase between 900,000 and 1,000,000 tonnes a year of Canadian Crown fibre. “The Ontario government has provided use rights to the fibre supply for as long as we continue to use it,” says Julie Cafarella, vice president communications, Rentech.

Also under a ten-year contract, Drax is purchasing 400,000 tonnes of pellets from the Wawa facility, with the first delivery scheduled for the fourth quarter of 2014.

Both facilities have on-site access to mainline rail service. Wawa, for example, has a rail siding with room to store rail cars. Arsenault notes that virtually none of the other eastern Canadian pellet producers have direct access to a railhead. This poses a serious challenge. “Trucking to railhead is unlikely to be viable for the large majority of producers, but of course, this depends on the price,” Arsenault says.

Under long-term contracts with Rentech, CN will transport the pellets from the Wawa facility 1,100 kilometres to the Port of Quebec City. The journey is direct, with no switches to other carriers. “The specific tenure of the long-term contract with CN has not been disclosed,” Cafarella notes. “OPG will purchase the pellets from the Atikokan facility FOB at the plant gate.”

The large volume of pellets that Rentech is committing for transport, with long-term guarantees, allowed Rentech to negotiate the most cost-effective rail and car lease rates. (Rentech will be leasing around 200 covered hopper rail cars from a third party to move the pellets.) “Rail was the most cost-effective on a long-term contractual basis,” notes Rentech in a combined Rentech/Drax presentation titled “A Case Study in Logistics and Export Strategies in Eastern Canada.”

The Port of Quebec is not the only port on or leading to the Atlantic Ocean that handles pellets. Thunder Bay, Trois-Rivieres, Belledune and Halifax, for example, handle pellets. But Rentech has made an exclusive arrangement with Quebec Stevedoring Limited (QSL) that has QSL investing up to $20 million to build dedicated pellet unloading, storage and vessel loading facilities at the Port of Quebec. The facility should be completed prior to Rentech’s first shipment of pellets to Drax.

The facility will have 75,000 tonnes of storage, with space reserved to expand that by another 37,500 tonnes, if needed. The current plan is for rail car unloading with plenty of existing siding capacity. Truck unloading can be added later, if required. Should other pellet producers get onboard with Rentech, Arsenault notes that, “For some, trucking directly to the facility in Quebec City is likely more viable than trucking to a railhead.” This also speaks to the possibility and advantage of of virtual consolidation, where producers’ pellets are consolidated on paper before transport, and only physically consolidated in ships’ holds.

Due to the limited U.K port infrastructure, Drax needs to use the fewest and largest ships possible. Drax has targeted Panamax/modified chip carriers to transport the pellets to the U.K. To this end, says Cafarella, “We plan to use Panamax ships that can carry approximately 50,000 tonnes of pellets.”

The higher-volume ships stand to add to the viability of Rentech’s pellet export venture. Knud Jensen, executive vice-president, Canfornav, illustrates what higher shipping volumes can mean. “The freight difference between a 40,000-tonne load and a 30,000-tonne load will be 15-25%. We will look at freight rates much differently on a long-term strategy than on the spot-market.”

Although Rentech has not revealed details of all of its supply chain contracts, what it has made public suggests it has largely achieved another key requirement for the success of a supply chain agreement: synchronized agreements. In short, Arsenault explains, “It means that contract periods are similar, to minimize risks. If not, you have to include cost escalation indicators in your contracts to transfer risk to the buyer. Otherwise, if costs outside your control (as a producer) increase, you [are vulnerable.]”

Eastern Canadian pellet producers currently have a production capacity evaluated at 1.18 million tonnes and production of about 600,000 tonnes of pellets a year, according to the CPCS report. Yet, notes CPCS, plans for new and expanded capacity could push this to 1.88 million tonnes in the short to medium term. Implicit in this observation is that producers’ supply chain and export shortcomings will only worsen.

Drax states that foreign demand is there. In fact, Drax believes that Eastern Canada could become as large an export market as Western Canada; western producers shipped 1.6 million tonnes of pellets out of Port Metro Vancouver in 2012. Yet, warns the CPCS report, “Logistical constraints and unfavourable market conditions, however, are preventing this export potential from materializing.”

Rentech has similar thoughts. “The storage and handling infrastructure being built at the Port of Quebec would allow for additional pellets to be stored and handled through the Port beyond our existing contract with Drax,” Cafarella says. “As such, there could be opportunities to work with other pellet producers to leverage our Port access and storage.”