July 16, 2020By Forest Enhancement Society of BC 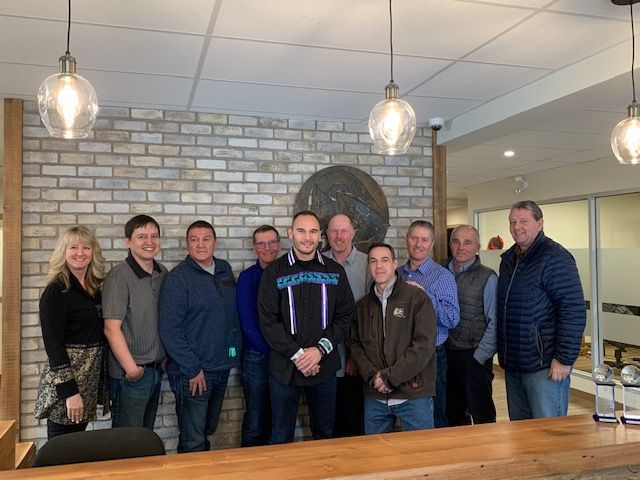 Forest Enhancement Society of BC (FESBC) grants are supporting the Williams Lake First Nation (WLFN) as it creates jobs, fights climate change and reduces wildfire risk near its community.

To date, grants have supported the removal of 64,000 cubic metres of slash (debris from forest fires) and over the next two years, the total will reach 200,000 cubic metres.

The ongoing project is also creating an estimated 26 jobs for both the WLFN and the Tsideldel First Nation (TFN), which has partnered to grind the debris on site and ship it to local markets.

“The WLFN have partnered with the TFN on this unique ongoing project that is seeing slash piles turned into biomass fuel instead of burning them, said Doug Donaldson, B.C. minister of forests, lands, natural resource operations and rural development. “This green-energy project is reducing greenhouse gas emissions and building new economic opportunities for both communities while contributing to B.C.s clean energy plan.”

Three FESBC grants between 2017 and 2019, totalling more than $3 million, allowed WLFN to develop an ongoing program and enabled it to build several partnerships to grind the debris at site and truck it to local markets. One of the most significant partnerships was with the TFN contractor, Tsi Del Biomass Ltd., which brought logging and grinding experience to the project.

“Tsi Del Del has really appreciated the opportunity to collaborate with Williams Lake First Nation on grinding and trucking more than 1,000 piles to customers in our local fibre basket,” said Percy Guichon, director, Tsi Del Del Enterprises Ltd., and Tsideldel First Nation councillor. “Working together on a business basis has resulted in benefits for both communities and created employment opportunities while making products from this biomass.”

High-quality slash fibre from the projects will be used by Pinnacle Renewable Energy to make industrial wood pellets, which are used by large-scale thermal power generators as a greener alternative to produce power. Lower-quality slash fibre will be turned into hog fuel to be used by Atlantic Power Corporations biomass-fired generating facility located in Williams Lake, to provide thermal electricity for the communitys energy grid.

“WLFN continues to seek out partners either in the local, provincial and federal capacities who will assist and build upon WLFN environmental goals and objectives, said Chief Willie Sellars of the WLFN. “The FESBC funding has been crucial in assisting the shared mandate of reducing these outdated burning programs. FESBC funding allows First Nation communities such as WLFN of the Secwepemc and Tsideldel of the Tsilhqot’in National Government, two Nations that have historically not worked together, an opportunity that will benefit both Nations and each of their companies.”

Ongoing operations over the next two years will continue to support recovery of logging debris from wildfire risk reduction projects and will generate fibre to sell in the Williams Lake market.

The projects were funded through FESBC grants supported by the provincial government and the Government of Canada.