March 21, 2018 - Some 15 years ago, an emeritus university professor and PhD in chemical engineering together with his visionary and business-savvy son launched a cleantech start-up to develop what many thought was a crazy idea at the time. 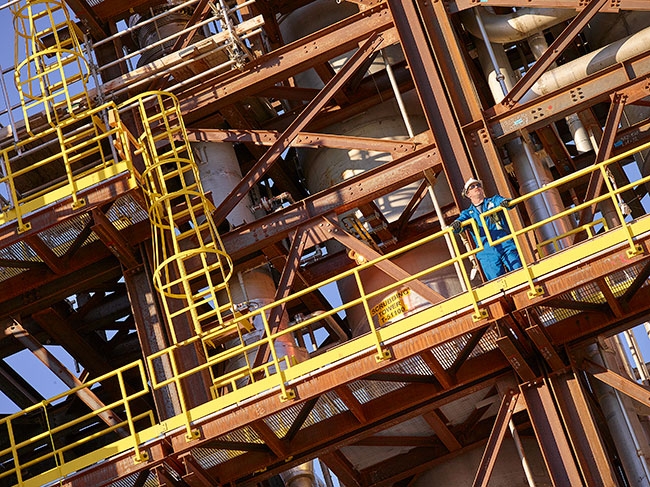 Developing the bioeconomy is no small undertaking, and what many believed impossible to achieve has since turned into a disruptive technology that has led the world’s first waste-to-biofuel company. The ambition and determination that mobilized the founders from the get-go and led the Enerkem team through all the critical stages ­— from R&D to piloting and full-scale implementation — was no easy task and demanded a rigorous approach.

Developing and implementing an industrial technology innovation that takes on some of today’s most pressing environmental issues — waste disposal and low carbon transportation — isn’t easy. Ensuring proper financing throughout the phases of growth, building a sound business model while establishing strong relationships with project partners and a strong intellectual property (IP) strategy, are notable challenges any entrepreneur would find overwhelming. These could not be overcome without an engaged and experienced team that has worked day and night to build and operate the first commercial plant of its kind and develop an efficient modular manufacturing infrastructure to build future plants.

Today, Enerkem’s revolutionary idea of developing and deploying a technology that uses an abundant resource available everywhere — urban waste otherwise destined to landfill or incineration — as feedstock to produce renewable chemical products that find their way into everyday goods, including biofuels, paints, cleaning solvents and glues, is real and growing.

Today, Enerkem’s facility in Edmonton is the world’s first commercial biorefinery of its kind to use municipal solid waste to produce biomethanol and cellulosic ethanol. When at full capacity, it will transform 100,000 dry tonnes of household trash annually to produce a synthetic gas, and convert it into advanced low-carbon transportation fuel using catalysts. This is the equivalent of fueling over 450,000 cars on a five per cent ethanol blend.

Enerkem’s facility is not only helping decarbonize the transportation sector, it is also supporting the City of Edmonton reaching its goal of increasing its waste diversion rate to 90 per cent. The advanced biofuels produced by Enerkem help reduce greenhouse gas emissions by over 60 per cent. It directly contributes to meeting renewable fuels standards and low carbon fuel standards established around the world. This state-of-the art facility is the first-ever U.S. EPA-approved municipal solid waste-to-cellulosic ethanol production plant as well as the first ever ISCC-certified plant in the world to convert municipal solid waste into biomethanol which confirmed compliance with the European Renewable Energy Directive (ISCC: International Sustainable Carbon Certification).

Enerkem is now leveraging the experience gained with its first full-scale facility to expand. In 2017, construction of a new facility in Varennes, Que., will get underway. This facility, which is on the company’s home turf, is expected to produce biofuels from urban waste streams coming from the commercial and industrial sectors.

In Europe, driven by the demands of the circular economy and the Renewable Energy Directive, Enerkem is developing its first European project as part of a consortium that includes AkzoNobel, Air Liquide and the Port of Rotterdam in the Netherlands.

Some 5,000 miles east of Rotterdam, the cleantech sector in China has taken notice of Enerkem’s winning solution. Recently, Chinese bioeconomy heavyweight Sinobioway Group joined forces with Enerkem to build more than 100 Enerkem state-of-the-art facilities in China by 2035. Other similar projects are in early development in the U.S. and other parts of the world.

Enerkem’s technology and projects equally answer the question of how to dispose of rapidly accumulating urban waste and to produce in-demand low carbon transportation fuels and chemicals. And it is not only good for the environment; each Enerkem facility creates high-quality green jobs and stimulates local economies. Scaling a crazy notion into reality and turning trash into treasure. Not a bad idea.

Marie-Hélène Labrie is the senior vice-president of government affairs and communications at Enerkem.