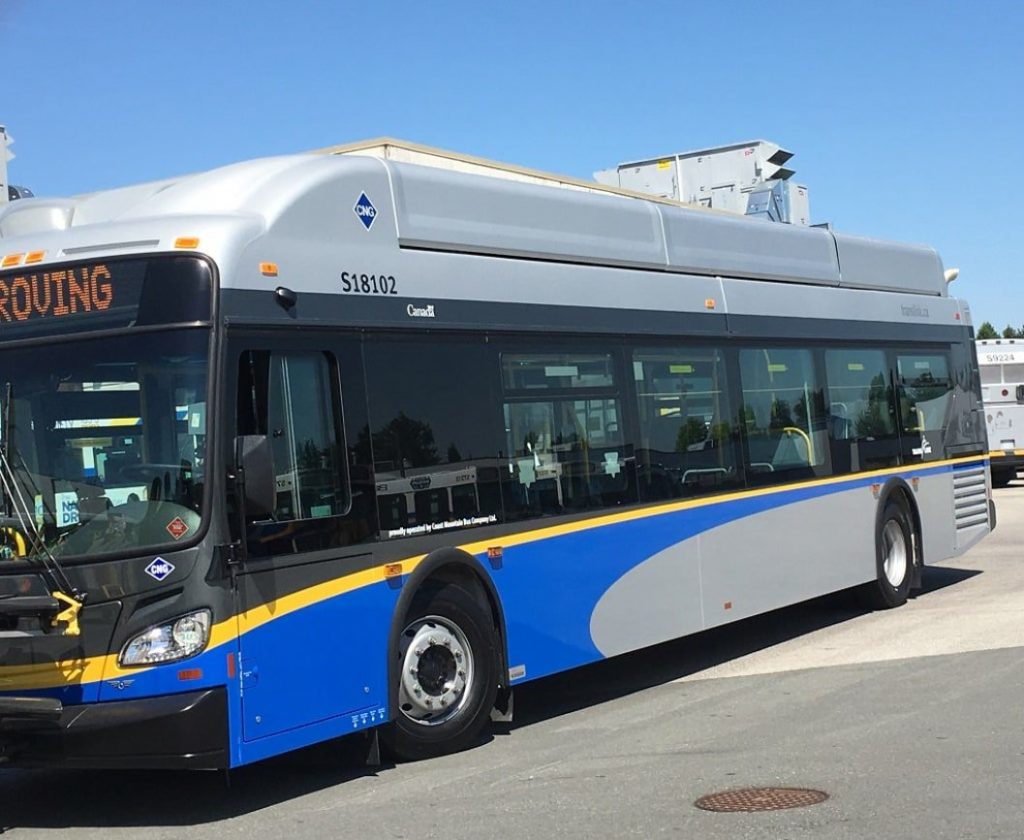 “TransLink is a model for transit authorities and fleet operators across the province for making the switch to low-carbon fuels,” said Douglas Stout, vice-president, market development and external relations, FortisBC. “Compressed natural gas vehicles, which make up roughly a fifth of TransLink’s bus fleet, have close to 21 per cent fewer emissions with a 50 per cent reduction in fuel costs versus diesel. RNG could offer the same savings while further reducing emissions by an additional 80 per cent versus CNG.”

FortisBC and TransLink have signed an RNG-supply contract that will provide up to 500,000 gigajoules (GJs) annually within five years. This is expected to provide enough to fuel the existing natural gas bus fleet with 100 per cent RNG. Over the five-year period, the transition to RNG will reduce TransLink’s greenhouse gas (GHG) emissions by 50,000 tons – equivalent to taking 10,000 cars off the road for one year. The decision to use RNG is a positive step for TransLink towards its goal of using 100 per cent renewable energy by 2050.

“Investing in transit is essential for our region and the environmental benefits of doing so can’t be understated,” said TransLink CEO Kevin Desmond. “Using renewable natural gas moves us towards meeting our environmental goals and reduces our reliance on fossil fuels. It’s partnerships like this that help create a more livable and sustainable region today and into the future.”

Using natural gas as a transportation fuel is an important step to help B.C. move to a low-carbon future. More and more fleet owners and operators across North America are switching to natural gas so they can save on fuel costs and reduce their environmental footprint. RNG has significant potential to reduce greenhouse gas emissions from transportation, a sector that contributes almost 40 per cent of GHG emissions in B.C.

RNG is now included within B.C.’s Low Carbon Fuel Standard and yields higher emissions credits than CNG due to its lower carbon intensity.

“Our government’s CleanBC strategy will significantly reduce carbon pollution over the next 10 years, and TransLink is a partner in helping us achieve that goal,” said Selina Robinson, Minister of Municipal Affairs and Housing and responsible for TransLink. “Transitioning from conventional natural gas to renewable natural gas in TransLink’s bus fleet keeps Metro Vancouver moving while helping BC move along its path towards a cleaner, better future for everyone.”