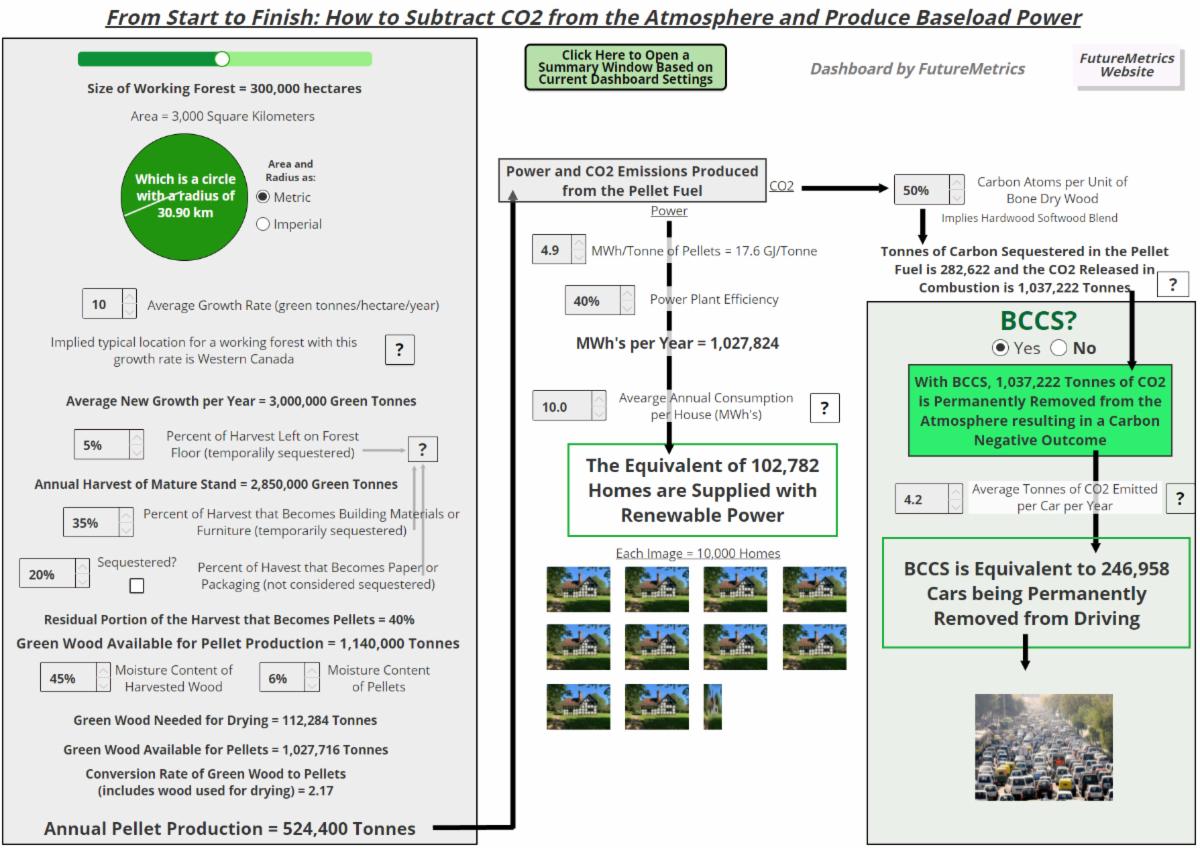 Carbon capture and storage (CCS) used in conjunction with fossil-fueled power generation is appealing. Major R&D across many sectors will make CCS common before this decade is over. CCS may become a license to operate for fossil fuel generators.

However, the best that CCS can achieve with fossil fuels is to approach CO2 neutrality. That is, fossil fuel generators cycle carbon that has been sequestered over millions of years from out of the ground and then back into the ground. There is no net change in atmospheric CO2 as a result.

But we can do better and we have to do better.

A new white paper and accompanying dashboard from FutureMetrics envisions a future in which some of the existing coal-fueled power stations are modified to use pellet fuel and capture and sequester the carbon dioxide produced from combustion.

The result is that CO2 is permanently subtracted from the atmosphere and renewable baseload power is produced.

This white paper and the dashboard (see image below) tells a story through a model that begins with a working forest landscape that is used to sustainably produce building products, pulp and paper, and wood pellets. The pellets are used in place of coal in an existing and modified coal-fueled power station that makes power AND, via carbon capture and sequestration, subtracts CO2 from the atmosphere.

Read this important white paper and interact with the dashboard for free at www.FutureMetrics.com.