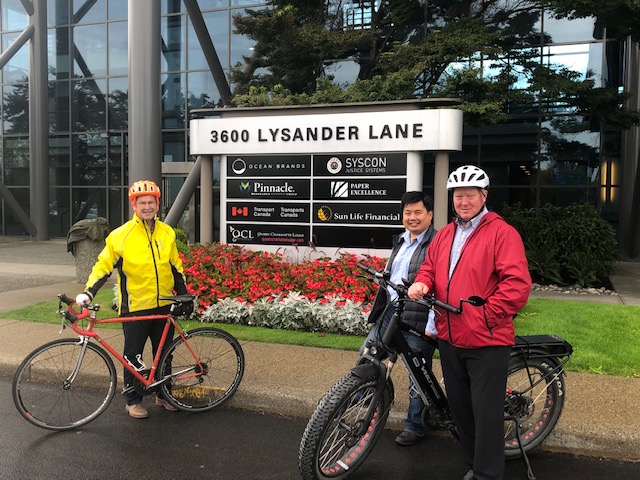 If you’ve ever tried to make a real contribution to a greener planet, you will know that it’s really hard to do.

Take the example of cycling to work instead of using your car. Pinnacle Renewable Energy recently did the GHG math and calculated that for every round trip to the office, the cyclist was saving about half a gallon of gasoline. This half gallon would have combusted to produce 4.64 kg of CO2, so that’s how much less would be going up into the atmosphere by riding to work. That’s a real contribution to the health of the world, made whilst contributing to the health of the individual. It’s a win-win!

Now, when you look at this individual saving relative to the CO2 that industry is exhausting into the atmosphere every day, it’s a very modest reduction indeed.

Take the electricity generation industry, for example, where millions of tons of coal are burned every day to provide power to the world. The combustion of one ton of coal emits two and a half tons of CO2. So, if you wanted to abate this one tone by cycling, you would need to ride a long, long way – almost 11,000 kilometres. This is hard, depressing work!

But if you are in the business of producing wood pellets, and those pellets are used as a substitute for coal, then the equation is so much more favourable.

It takes roughly one and a quarter tons of pellets to provide the same heat as a ton of coal. In this way, every ton of wood pellets substituted for coal would cut the CO2 emitted by coal by two tons! That adds up, especially when your company produces over one and a half million tons of wood pellets a year.

In Pinnacle’s case, they produce enough wood pellets to abate the CO2 emitted by over a million tons a year of coal, and that number is growing.

Get into wood pellets – for all the right reasons!

Vaughan Bassett is the senior vice-president of sales and logistics for Pinnacle Renewable Energy Inc., and the president of the Wood Pellet Association of Canada.