July 24, 2017 - IGPC Ethanol Inc. (“IGPC”) hosted on Monday the Hon. Glenn Thibeault, Ontario’s minister of energy for a celebration recognizing the company’s $120-million investment to double ethanol production capacity at its facility in Aylmer, Ont. As a result of the expansion, by 2018 IGPC will produce at least 400 million litres of ethanol per year, making it one of the largest producers of renewable fuel in Canada. 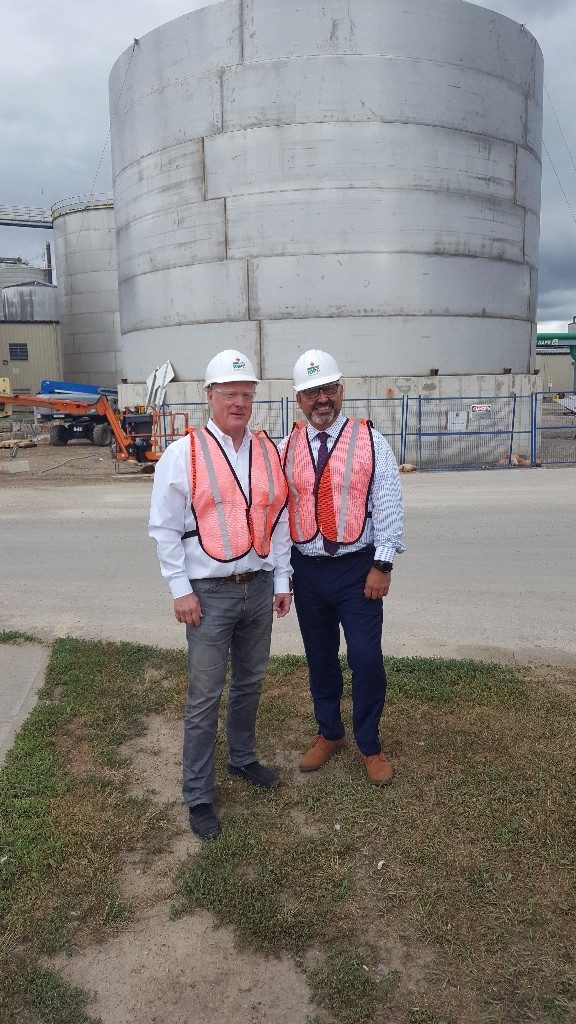 Commemorating the investment, IGPC chief executive officer Jim Grey said, “This significant investment to double production capacity at our plant in Aylmer, Ont., is a result of our belief in the future growth of the ethanol industry, as well as the undeniable consumer and environmental benefits that accrue from increased ethanol production and usage.”

Noting the importance of IGPC’s investment for southwestern Ontario’s regional economy, Minister Thibeault said, “The expansion of IGPC’s ethanol facility is great news for Aylmer and the surrounding community. It will create good jobs and provide a positive boost to the local and regional economy over the long-term.”

IGPC’s expansion sends a clear signal that domestically produced renewable fuels will continue to be available and grow to meet Ontario’s ambitious objective to reduce greenhouse gas pollution from gasoline by five per cent by 2020. Through the blending of the 400 million litres of ethanol that will now be produced at the new IGPC plant into Ontario gasoline, Ontario’s GHG emissions will be reduced by an average of 475,000 tonnes per year, which is equivalent to the removal of 100,000 cars from Ontario’s roads each year.

Given the ambitious climate change objectives set by government, Grey reinforced how IGPC’s expansion represents an important stage in the growth of the domestic renewable fuels industry. “This investment entrenches IGPC’s position as a leader in the production of renewable energy and in the broader battle against climate change,” he said. “Most importantly, it will displace a portion of the ethanol imports required in the future, while keeping the economic benefits, jobs, incomes and tax revenues here at home. We encourage government to continue undertaking measures that stimulate investment in the renewable fuels industry, while contributing to its greenhouse gas reduction targets.”