Feb. 1, 2018 - Global pellet markets have increased significantly over the last decade, mostly because of demand from the industrial sector. While pellet heating markets make up a significant amount of global demand, this overview will focus on the industrial wood pellet sector. Chart 1 shows FutureMetrics’ forecast for heating pellet demand by country. 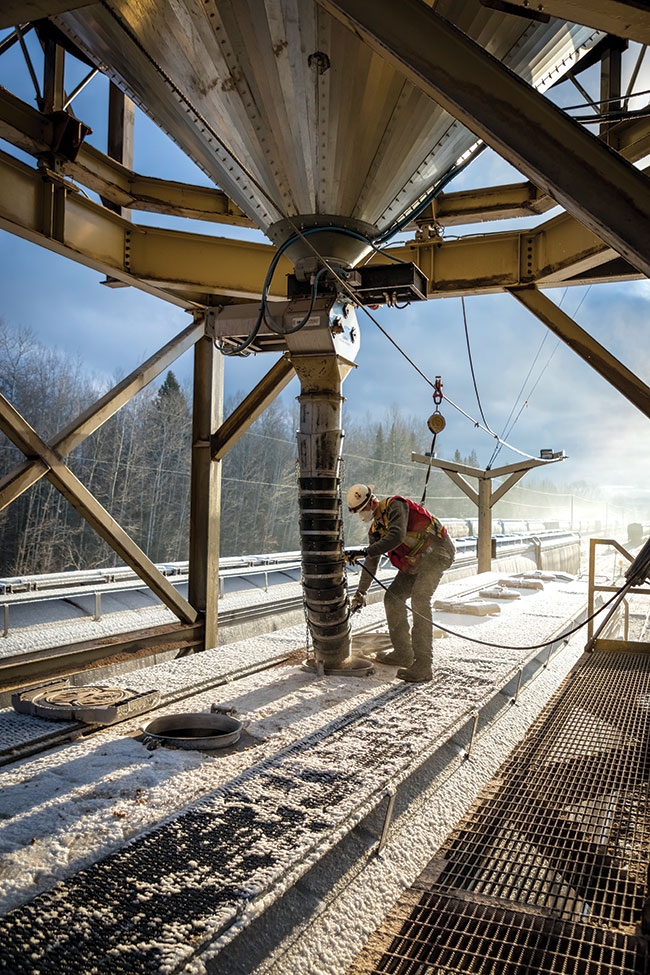 Pellet heating markets have been challenged in recent years by low alternative heating fuel costs (oil and gas prices) and warmer than average winters in North America and Europe. FutureMetrics expects that a combination of higher oil prices and de-carbonization policies will return demand growth to trend in the 2020s.

For the last several years, the industrial wood pellet sector was as large as the heating pellet sector, and is expected to become significantly larger over the next decade.

Pellets can be substituted for coal in two ways, either a full conversion or co-firing. For a full conversion, an entire unit at a coal station is converted from using coal to using wood pellets. This requires modifications to the fuel handling, feed systems, and burners. Co-firing is the combustion of wood pellets along with coal. At lower co-firing ratios, minimal modifications to existing pulverized coal facilities are required. In fact, at lower blends (under about seven per cent) of wood pellets, almost no modification is required.

As shown in Chart 2, demand in the U.K. and EU is expected to plateau by 2020. However, major growth is expected in Japan and South Korea in the 2020s. We also expect Canada and U.S. to have some pulverized coal power plants using industrial wood pellets by 2025.

FutureMetrics maintains a detailed project-specific database on all the projects that are expected to be consuming wood pellets.Most of the supply of pellets for planned new demand in the EU and U.K. has already been arranged with major existing producers. However, the Japanese and S. Korean markets offer opportunity for new capacity that is, for the most part, not in the pipeline as of today.

Demand by the Dutch utilities is still uncertain, as coal plants have delayed final investment decisions around co-firing modifications until they are given assurances that their coal plants will be able to continue to operate. Most analysts, including FutureMetrics, expect these issues to be resolved and Dutch demand will likely grow by at least 2.5 million tonnes per year over the next three to four years. It is possible that Dutch demand will increase to up to 3.5 million tonnes per year if all four of the coal stations that have been awarded subsidies proceed with their plans.

Two U.K. projects, EPH’s 400MW Lynemouth power station conversion and MGT’s Teeside greenfield CHP plant, are currently either in commissioning or under construction. Drax recently announced that it will convert a fourth unit to run on pellets.  How many hours that unit will run in a year is unclear at this time. However, given that the investment decision has been made, FutureMetrics estimates that unit 4 will consume an additional 900,000 tonnes per year. Each converted unit at the Drax station can consume about 2.5 million tonnes per year if they run at full capacity all year. FutureMetrics projects total new probable demand in Europe and England at 6.0 million tonnes per year.

The FiT offers independent power producers (IPPs) a set price for renewable energy over an extended contract period – 20 years for biomass energy. Currently, under the FiT, electricity generated from “general wood,” which includes pellets, imported woodchips, and palm kernel shell (PKS), receives a subsidy of 21 ¥/kWh, down from 24 ¥/kWh prior to Sept. 30, 2017. However, the scores of biomass IPPs that have received the higher FiT are locked in at that rate (about $0.214/kWh at current exchange rates).

Japan’s Ministry of Economy Trade and Industry (METI) has produced a so-called “Best Energy Mix” for 2030. In that plan, biomass power accounts for 4.1 per cent of Japan’s total electricity production in 2030. This is equivalent to over 26 million metric tonnes of pellets (if all the biomass were wood pellets).

Plant efficiency is normally calculated by dividing energy output by energy input. So, for example, if power station uses 100 MWh of energy input to produce 35 MWh, that plant is operating at 35 per cent efficiency.

METI has allowed energy input from biomass co-firing to be deducted from the input. If the same plant described above co-fires 15 MWh of wood pellets, the plant’s efficiency under the new calculation would be 35 MWh / (100 MWh – 15 MWh) = 41.2 per cent, which is above the efficiency standard threshold. FutureMetrics has calculated the tonnage of wood pellets that will be required by Japanese power plants to bring the lower efficiency plants in to compliance in the recently released Japanese Biomass Outlook report by FutureMetrics. The report contains detailed data on the expected demand for wood pellets, palm kernel shell, and wood chips in Japan and the policies that are driving that demand.

The FutureMetrics’ forecast for pellet demand by the smaller independent power producers (IPPs) is about 4.7 million tonnes per year by 2025. This is based on analysis of about 140 IPPs that are detailed in the Japanese Biomass Outlook.

Total potential demand in Japan from utility power plants and from IPPs could exceed 12 million tonnes per year by 2025.

South Korea
Demand for industrial wood pellets in S. Korea has grown rapidly in recent years, a trend that could continue over the next several years. In 2017 S. Korean pellet imports were about 2.25 million metric tonnes.

S. Korea is guiding the power generation industry with a Renewable Portfolio Standard (RPS). The RPS program requires the 13 largest power companies (with installed power capacity larger than 500 MW) to steadily increase their renewable energy mix from two per cent in 2012 to 10 per cent by 2024.

If the power company fails to accumulate the required number of RECs based on the RPS mandate, they pay a fine. The penalty is equal to 150 per cent of the average market price of the RECs for that year for each REC they are deficient.

But the market price for RECs can vary significantly, unlike the guaranteed FiT in Japan; this creates a difficult problem for the market. Most pellet producers and project lenders/investors will not commit to the capital expense of a new pellet plant without a long-term offtake agreement. To date, S. Korean utilities have not engaged in long-term offtake agreements. Demand growth has spurred rapid growth in production capacity in Vietnam to satisfy S. Korean tenders. But that demand is already pushing the limits of Vietnam’s capacity to produce low cost pellets, which are mainly produced from residuals from the wooden furniture industry. It is difficult to conceive of how pellet production capacity can keep up with the expected growth in the S. Korean demand without long-term agreements. Yet, with the risk of falling REC prices, S. Korean utilities cannot engage in long-term agreements.

Based on data from announced co-firing and full-firing projects, S. Korean demand is expected to reach about nine million tonnes per year by 2024 if REC prices remain high enough to compensate for the expected higher cost of pellets as competition in the region increases. The pellet market into S. Korea is already tightening. Pellet prices in Vietnam have risen from around $95 to $133 per tonne (FOB Vietnam) in the last six months.

Summary
There is a high degree of confidence around the continued development of European industrial pellet markets. Japanese demand, once IPP projects are up and running and large utilities receive FiT benefits, should also be stable and is likely to grow as forecast. Future demand in S. Korea is more difficult to estimate due to the uncertainty in prices of RECs. Overall, FutureMetrics estimates the potential new demand for industrial wood pellets through 2025 is in excess of 26 million tonnes per year.

William Strauss is the president and founder of FutureMetrics. Seth Walker is the senior economist and director of business development for FutureMetrics. Access full research reports at www.FutureMetrics.com