October 7, 2015 - When the Ontario government announced that the use of coal would be phased out of its energy portfolio in the province, it opened a window of opportunity for the biomass industry to be recognized as a source for clean, renewable energy. 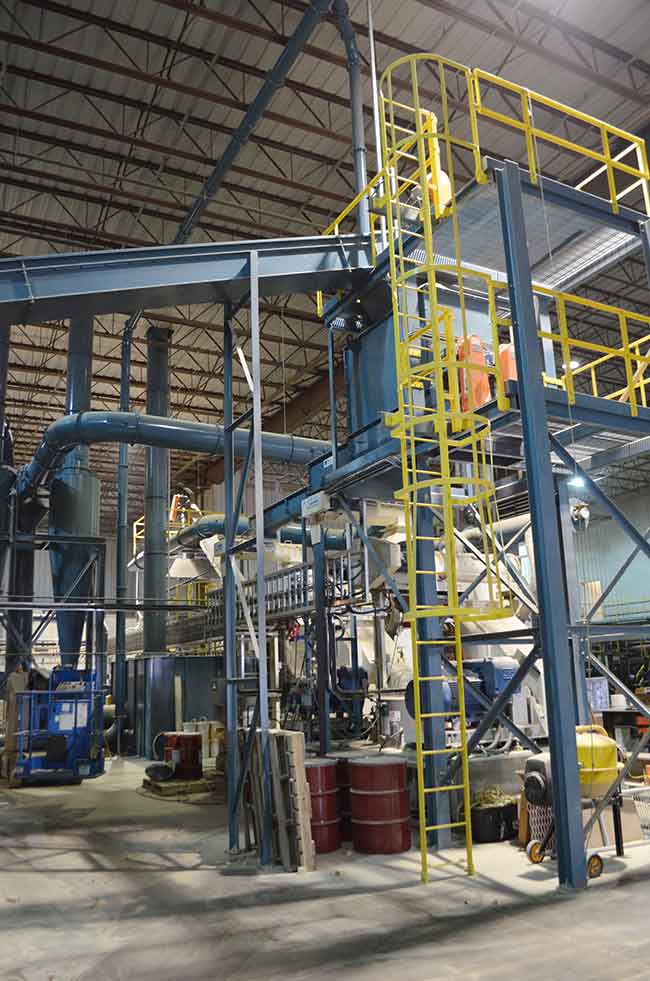 In September of 2008, then Energy Minister George Smitherman directed the Ontario Power Authority to explore the idea of burning biomass as a potential replacement for coal at some of its generating stations scattered throughout the province.

Fast forward to 2010. The tests have been completed and the window of opportunity officially swung open for forestry companies in northern Ontario as Ontario Power Generation put out the call for suppliers of white pellets to replace coal at the Atikokan generation station.

One of the companies that lined up to try and capture part of the contract for 90,000 tonnes annually of white pellets was Resolute Forest Products. At the time, the company’s sawmill operations were seeing the tide turn favourably towards a resurgence of forestry in the region despite decreasing demand for paper products.

Before the province directed the Ontario Power Authority, in September of 2010, to pursue fuel sources for Atikokan, Resolute was not in a position to add a wood pellet manufacturing facility to its Thunder Bay sawmill operations.

“It started with the demand from OPG,” says Maxime Langlais, general manager of the Thunder Bay sawmill and pellet plant. “The OPG request gave us an opportunity to look at a solution for our sawdust.”

Previously, the sawdust from the sawmill was sold externally or was transported to the Resolute paper mill, located east of the sawmill on the other side of the Kaministiqiua River.

“We were producing energy with our sawdust at the paper mill,” says Langlais. “But with the pellets, it was an opportunity for a higher value use of the sawdust.”

Building new revenues
When it was officially announced in November of 2012 that Resolute had been awarded half of the total supply contract for OPG Atikokan, just a few weeks after the plant had burned its last piece of coal, the company was quick to begin preparing its operation for pellet production. Within 24 hours of the announcement, Resolute announced its plans for construction of a pellet plant in Thunder Bay.

The volume being produced for OPG would be 45,000 tonnes which, as calculated by Resolute, was achievable given  the amount of sawmill residue that it had available for pellet production based on sawing volumes.

“While we have the capability to bring shavings and sawdust from other mills for the pellet operation, our current plan is to use only our on-site residuals,” says Langlais.

With the contract secured, the company moved forward with the construction of a pellet plant that was capable of meeting the volume for OPG. Knowing that it was going to use its own sawmill fibre, they were able to extend the existing conveyor system to run to the small footprint within the mill operation that would house the new pellet equipment. Because of this, there was no need to add the cost of magnetics or destoning equipment since the residues would never hit the mill floor.

For the construction of the pellet mill, Andritz and Law Marot MillPro (LMM) worked with Resolute to provide the right components for the footprint and production demands of the mill. Andritz supplied a hammer mill for reducing sawdust and shavings, two 1260 Feed Screws, two 18×56 Conditioners, and two 26LM pellet machines. LMM were responsible for supplying the shavings screener, cooler and pellet screener to round out the project.

The result is a small white pellet made from jackpine and spruce sawdust and shavings that exceed the quality specifications of the OPG contract. Once produced, the pellets are again conveyed, this time to a trio of storage bins from Westeel. The three bins are lined up side-by-side on the outside of the pellet plant with easy access for trucks to drive underneath and efficiently fill up for transport to the OPG Atikokan site located approximately 190km west of the mill.

The overall investment in the pellet mill was around $10 million. The construction of the mill was completed in the third quarter of 2014, and the plant has continued to ramp up its production over the past year. That has included the recent insertion of shavings into pellet production, which originally started by just using sawdust residues from the sawmill.

With increased production volumes at the sawmill – a recent upgrade just took potential annual production from 250mbft to 300mbft – Resolute is well positioned to reach capacity at its pellet plant without ever having to import fibre from a secondary mill site. That bodes well for keeping the bottom line in check and continuing to make the pellet mill a profitable venture.

Moving forward, the mill has the footprint available to expand its operation, but there is no reason to do so at this time. Until there is a significant uptick in domestic demand, Resolute will continue to use its Thunder Bay pellet mill as an added-value resource that helps provide clean, renewable energy for northern Ontario.