Dec. 19, 2017 - FutureMetrics projects that Japanese demand for biomass fuels – including wood pellets, palm kernel shells (PKS), domestic biomass, and imported woodchips – will increase 351 per cent from 2017 to 2025 as Japan embraces biomass as a significant part of its energy future. Wood pellet demand alone is projected to reach nearly 10 million tonnes by 2025. 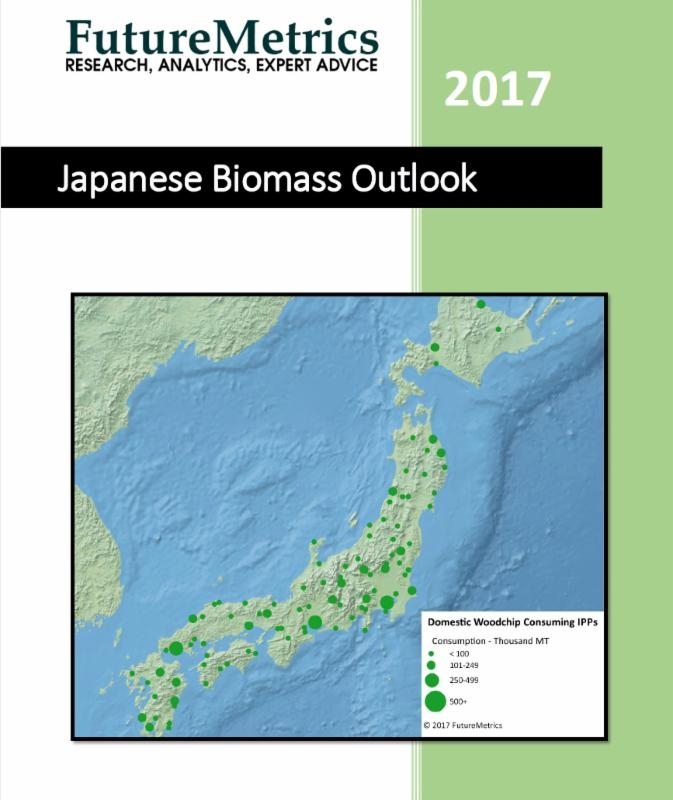 The projection is part of FutureMetrics’ new research paper, the 2017 Japanese Biomass Outlook, which presents the first comprehensive outlook for biomass markets in Japan.

Highlights of the 2017 Japanese Biomass Outlook include: