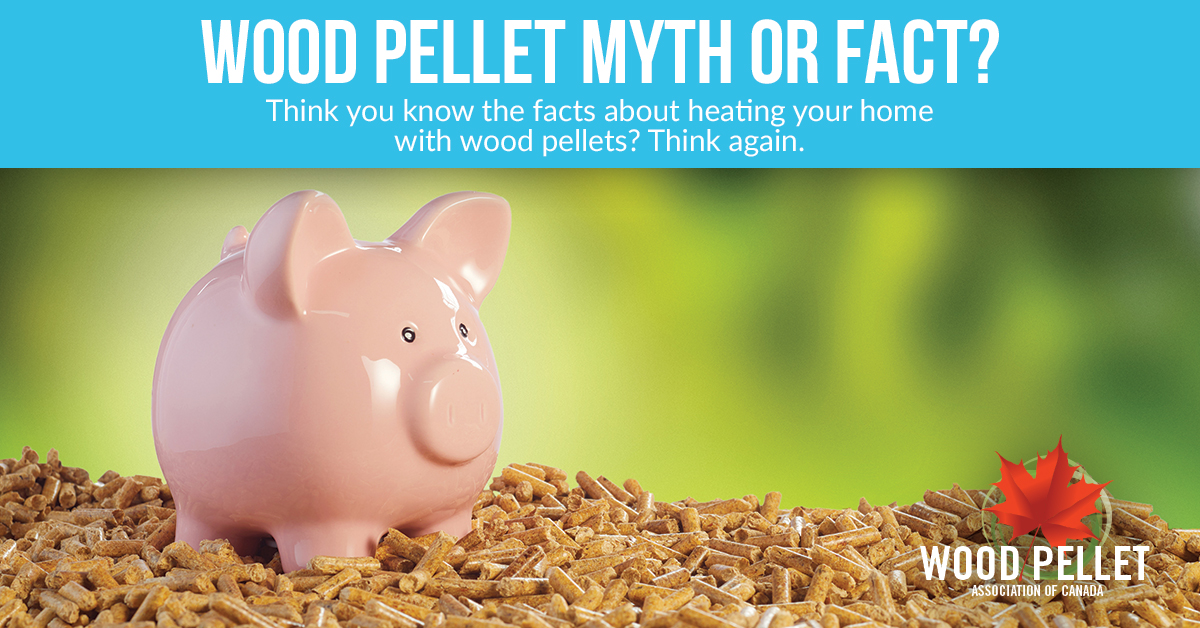 The Wood Pellet Association of Canada (WPAC) recently completed another social media campaign. The main goals of the campaign were to build awareness of wood pellets as a sustainable and viable source of domestic heating and collect comments about wood pellets from Facebook users.

Four different messages were used to get Canadians interested in learning more about wood pellet heat:

The messages were aimed at Canadians outside of major urban areas through Facebook, Instagram, Facebook Messenger and Facebook’s Audience Network. The ads were viewed over 490,000 times over a four-week period this past fall, with over 5,000 link clicks to woodpelletheat.ca. Quebec residents led the total amount of clicks, followed by Ontario and B.C. residents.

The ‘Myths’ ad, which ran in English only, led the pack in link clicks. This page was recently created to address some of the common misconceptions about wood pellets based on comments Facebook users left on ads during WPAC’s first social media campaign in 2018. Based on comments left in the 2019 campaign, there was a noticeable decrease in misconceptions about wood pellets. This page is currently only available in English but will also be translated into French.

The ‘Supporting local economy’ ad, which garnered the most response in the 2018 campaign, continued to perform extremely well this year. The ad was served in both English and French. The Job Smart page on woodpelletheat.ca was the most visited page during the campaign.

During the campaign, woodpelletheat.ca, a website developed by WPAC to provide reliable information about wood pellet heating to Canadians, had over 7,500 page views. Over 50 per cent of the page views came from users on mobile devices.

Of the 500 comments collected from the Facebook ads, the majority of them could be placed in one of these three buckets: positive experiences with wood pellets and appliances, price increase concerns, and environmental comments. Facebook users left their comments on the ads, although the comments were not necessarily linked to the message in the Facebook ad.

Here are some examples of the comments users left:

One of the key learnings that came from the 2019 social media campaign is that Canadians need resources that will help them compare the cost of heating their home with wood pellets against other heating alternatives. These costs vary widely across the country. There are several online calculators available that can help Canadians do this.

WPAC has now completed two social media campaigns. The campaigns have proven to be cost-effective to not only raise awareness about heating with wood pellets in Canada, but also encourage conversations about wood pellet heat among neighbours. We look forward to keeping these conversations going in the future.