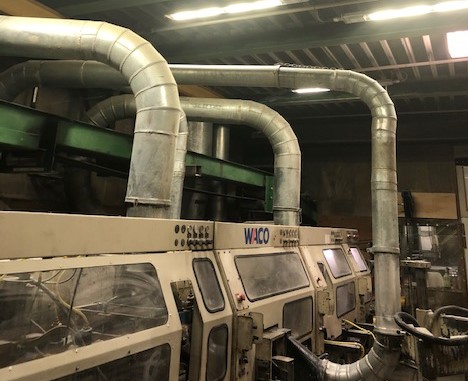 Early on the morning of Saturday, Jan. 21, 2012, I was stationed alone at work in Castlegar, B.C., questions racing through my mind while watching the coffee drip from the machine, creating ripples in my cup. I’d spent the night before on phone calls and corresponding through emails regarding the catastrophic news unfolding with the Burns Lake sawmill crisis – dismayed by thoughts of the injured workers, and frustratingly theorizing about the potential causes. Sawmills were not unfamiliar with fire-related risks, and whole safety programs were built around controlling the start of fires, reducing fire load, and ensuring emergency measures were in place and well-practiced should a fire break out.

But this was different. In the hours since the event was communicated, the resounding hypothesis that emerged was that an explosion occurred due to the floating fine dust that comes from sawmill machine centres. These dusty situations were common in the industry. Safety attention towards dispersed fine wood dust particles had been primarily focused on the respiratory hazard for workers, mostly those who had underlying respiratory issues or if producing a regulated wood dust like western red cedar. Electrical arc flash events had been known to occur, but wood dust was not viewed as the key factor, nor did those smaller-scale explosion types occur at the cataclysmic scale of this event.

I spent my morning researching other mass explosions that have occurred due to combustible dust. I found that there was a history of these events happening in other industries in distant lands and years past. I discovered that there had been some work on wood product manufacturing risk through the National Fire Protection Agency. I compared the dust explosion prevention research to my company’s own fire safety protocols, from the extensive housekeeping cleaning regimen to the safety committee inspection criteria, the hot work program to the sprinkler and dust suction systems, the employee fire suppression training to the emergency evacuation plans.

My initial reaction to discovering what was needed to protect against a dust explosion was that of incredulity: no dust more than two pennies thick – anywhere? No dust on any motors, electrical boxes, or on anything that generates heat? Full containment and suction systems on everything that produces dust? These standards were unheard of in sawmills, and to make them happen would require our industry and its stakeholders to undergo a bold, collective step-change that didn’t seem possible.

But Rome wasn’t built in a day. It started with baby steps on Day 1, so I began pulling together a combustible dust mitigation plan from the research available. Sharing this with industry peers, we started to identify improvement practices as we targeted the shoot-for-the-stars goal of no dust thicker than an eighth of an inch anywhere. Our industry continued operating sawmills across B.C., and as we pressed for answers that were cloaked due to live investigations into the explosion, it became increasingly difficult to extract facts from rumours.

Then, just a few months later on April 23, a second sawmill explosion told the world that any sentiment that the first explosion was a one-off or fluke was drastically mistaken. Lightning doesn’t strike twice – our sawmills had a problem that we didn’t fully understand and couldn’t solve with a quick fix.

Fast-forward to June 2020, with the world facing a pandemic, the tragic mill explosions seemed to have happened eons ago. When reflecting on where our sawmills are today in controlling the combustible dust hazard risk, while it is never wise to suggest a critical safety challenge is solved, in this case, it appears that the efforts by so many have made that necessary step-change occur.

Combustible dust has been inspected with escalating scrutiny in B.C. sawmills by regulators with top results for several years now. Lower severity combustible dust- and fire-related close calls, the type that are precursors to high-severity events, are being reported and investigated. Seven-figure engineered dust extraction, explosion control and warning devices are installed in higher-risk machinery and facility areas. Workers, supervisors, safety specialists and regulatory agents are highly trained on combustible dust risk, control measures, and responsibilities. Award-winning combustible dust audits are being conducted that ensure that all these practices are in place and functioning as designed. Industry employers and employees, regulators, safety associations, and the union, the stakeholders in maintaining a world class combustible dust risk mitigation standard, have built or re-built bridges of trust and accountability within each entity and across each relationship. Combustible dust is being safely suctioned away, contained, or maintained at less than an eighth of an inch over no more than five per cent of an area.

As proud as one can be about how far sawmills have come, there are lessons learned along the journey that must be heeded to ensure the current state doesn’t regress. There have been many analogous writings made using ‘the ripple effect,’ and these most commonly refer to how cause and effect are related to and influence change. A different angle to contextually consider is a rock thrown into a pond – explosive air waves tragically blasting through a facility – or even those coffee droplets dripping into my cup that morning after the first mill explosion – how the further away the ripples are from the source, the less impact they have. Or, put in another way, human nature will lead us to seek ways to distance ourselves from or avoid connecting with something that will make us have to change, work harder, or be associated with a problem.

In the safety management world, they call this ‘complacency,’ and the various reactions and responses to the combustible dust crisis may have displayed examples of it. While it could be understood why the initial focus was on B.C. sawmills, it seemed the attention given to combustible dust had imaginary borders based on a variety of factors unrelated to the risk. The potential of a catastrophic combustible dust event is real and present regardless of whether a business that produces combustible dust is in the northern, interior or coastal regions of B.C., or located in B.C. at all. Dust can and will explode even if it’s produced by another wood product type manufacturer or a business producing an entirely different kind of combustible dust material.

Finally, complacency’s best friend is time; the passage of time is a proliferator of the, “It won’t happen to me (again),” mentality.

Were these events preventable? To answer that, one must first ask whether they were predictable. Five thousand kilometres away and four years earlier, a sugar-fueled explosion devastated a sugar mill in Port Wentworth, Georg., killing 14 people and injuring 40. Although similar in nature, the impact-ripple of that event was largely lost, as mill safety continued to emphasize the more obvious and historical causes of injuries. Zero injuries or zero risk is very hard to achieve, and loss prevention techniques used then and now direct efforts towards likely injury models based on past statistics.

So, while predictable and therefore preventable, the 2012 B.C. sawmill combustible dust explosions were a tragic inevitability; the extent of the combustible dust hazard wasn’t on the radar nor captured in the systems that would result in the proactive responses necessary to avert the disasters.

But it doesn’t have to be that way. The often-uttered performance management paraphrase “What gets measured gets done,” suggests an improved outcome can only happen if that success can be and does get measured. In turn, what gets done relates directly to using the right things to measure. Safety systems and their key performance indicators’ relying mostly on lagging and short-range data local to the business or its sector will miss the next combustible dust hazard or other fatality-type risks.

Wouldn’t it be something if safety program enhancement efforts and decision-making were no longer based solely on workers compensation-type metrics and instead sought out and measured where serious injury and fatality risks were emerging and growing? What would safety look like if the reporting, investigating and addressing of close call events in the categories that have potential to cause a life-altering injury or death was the top priority? Could workplace environments be healthier and safer if there was a mechanism to recognize complacent excuses that cause people to drift away from what should be most important about safety?

I will not even pretend to be able to fathom the terrifying experiences of the four souls who passed away and the 42 men and women injured in the 2012 mill explosions, nor the ongoing suffering of those who have survived and their family and friends. I believe it is the responsibility of all influential stakeholders to never forget what happened, to truly understand why the explosions occurred, to avoid complacency and to carry out actions that will prevent history from repeating itself. It’s these events and other tragic workplace incidents I’ve been a part of that gives me the drive to do everything possible to not allow lightning to strike again.

David Murray, CRSP, is the corporate safety, HR and environment manager for Gorman Group and co-chairperson of the Manufacturing Advisory Group.

Related
WorkSafeBC shares numbers on combustible dust initiative
Is your facility at risk for a fire or explosion? 5 ways to tell
Explosion protection needs and awareness in the biomass industry
Combustible gas: dryer systems hazards and best practices