Feb. 21, 2017 - Sherman Development, a closed 24 megawatt biomass power generation station in Maine, could restart as early as June, according to its new owner. 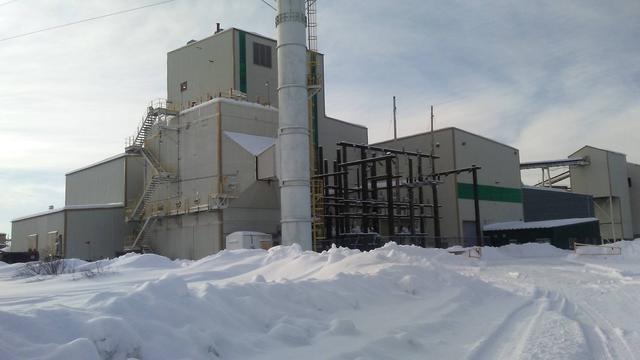 42 Railroad Ave LLC CEO Steven C. Johnson announced the finalization of the purchase agreement for Sherman Development from Niagara Worldwide LLC after four years of negotiations, making 42 Railroad Ave LLC the owner of one of the largest privately held power stations in America.

Johnson says he plans to rebuild the turbine, activate new transmission lines, and build a rotary kiln to produce more than 100 tons per day of activated carbon, which has a number of applications, including water and air purification, oil spill cleanup, medical treatments, and trapping mercury emissions from coal-fired power stations and natural gas wellheads.

“Sherman Power Station was constructed to be the diamond jewel of the industry, with an automated feed system and other state-of-the-art technologies, which have been maintained very well by Wheelabrator and Boralex, and when the plant was shuttered a few years ago, it was shut down properly, with all the infrastructure left in place to make the restart very economical,” Johnson says, referencing a November 2016 feasibility study conducted by Jonathan Bjork of Alabama-based Viking Green Energy Exploration (LLC). “In today’s market, the cost to build a biomass fueled power generation station of this magnitude could easily be over 100 million dollars, but at Sherman, even with installation costs of the new activated carbon rotary kiln, we’ll still be able to keep the re-start budget under 10 million dollars and should be up and running by the end of June 2017.

“The positive economic impact to the communities of Stacyville, Sherman, Patten, and Northern Maine will be a welcoming factor, along with the clean air and positive environmental impact of a renewable energy plant.” According to Johnson, the reopening of the Sherman Plant is projected to create an offshoot of up to 300 jobs in Northern Maine, and the plant has the ability to take in more than 700 tons per day of wood fiber for fuel.

Johnson describes the Sherman Plant as a solid return on investment, with projected revenues of 34 million dollars per year, adding that he’s “already begun the re-permitting process with the State of Maine, and with the new Executive Order recently signed by President Trump, we should be able to fast-track the re-permitting process, plus with the support of Viking Green Energy Exploration, along with forestry expert and industrial developer Gary R. Lynn of Jamestown, New York, this project may move forward even faster than originally planned.”

42 Railroad Ave LLC is a company that develops heavy industrial and small town revitalization projects. The passion of its members over the years has enriched communities, created jobs, and added economic value across urban and rural America. Its current focus is renewable energy.