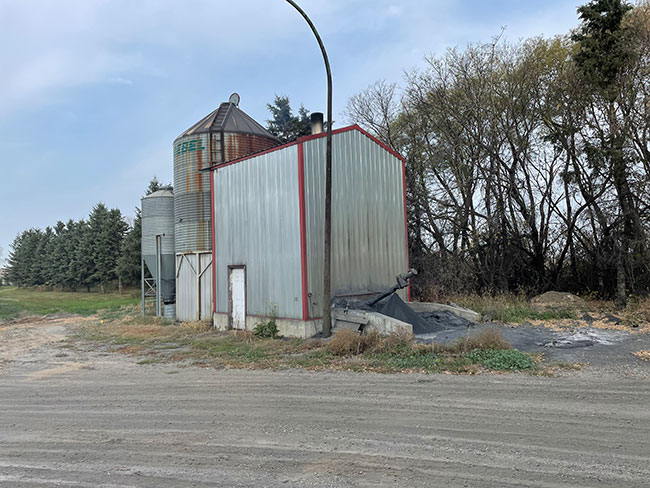 Hassan Farms Inc., a chicken farm in the RM of Preeceville, Sask., recognized this opportunity. The family-owned and operated company recently transitioned one of their three farms from using natural gas and coal for heating to using oat hull pellets.

Darryl Goossen, who took over the business from his parents in 2015, is leading the charge in switching to biomass.

High cost of carbon
Like many Canadians, Goossen was becoming more concerned about the environmental impact of using coal for heat. And, in the years since the federal government’s carbon tax was implemented, the price of coal has skyrocketed.

Previously, Hassan Farms burned about 300 tonnes of coal to heat their main farm and 150 tonnes to heat their second, smaller farm, Goossen explains. The main farm uses a Decker 1.8 MBTU boiler for heating, while the second farm uses a smaller boiler.

Before the carbon tax came into effect, they were paying approximately $45 per tonne for the coal, which came from Alberta, and $45 per tonne for freight, for a total of $90 per tonne. When the carbon tax came into effect in 2019, the price of coal for the farm went up from $90 to $140 per tonne. Now, the total cost of coal for Hassan Farms (including transportation costs) is $200, about half of which is carbon tax, Goossen says.

So, in September 2020, Goossen decided to switch to an alternative that was more environmentally and economically friendly. He knew there were alternatives to coal, such as wood pellets, that could work with his farm’s boiler with minimal upgrades required.

“When we bought our boilers, we were told that we could burn wood pellets in them as well as coal. So, I started calling around, checking out wood pellet suppliers, but the price for it was higher than what I was willing to pay,” he says.

But, an acquaintance told Goossen he should look into agricultural-biomass pellets, and he began researching his options. Goossen spoke with Mahmood Ebadian, biomass, bioenergy and biofuel supply chain analyst at the University of British Columbia’s Biomass and Bioenergy Research Group (BBRG), who provided some information about the benefits of using biomass to heat his operations. Ebadian also shared information about different pellet and equipment manufacturers. 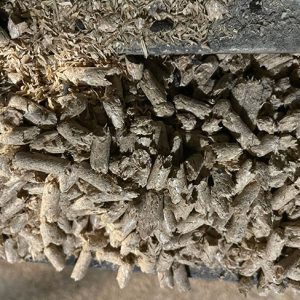 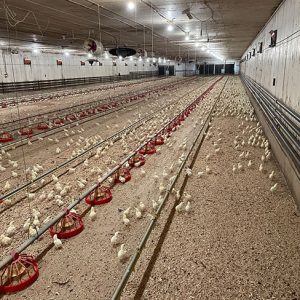 Hassan Farms is a chicken farm in the RM of Preeceville, Sask.

The pellets cost $110 per tonne, but the cost of freight is only $35 per tonne, Goossen shares. Although the cost of the product itself is more than the cost of coal, there is no carbon tax applied to that price.

The oat hull pellets could also be used in Hassan Farms’ existing boilers with only minimal changes required. Goossen brought in a maintenance company to make those upgrades.

“The biomass pellets are a little bit more fragile than coal. Coal is just a rock, so you can abuse it, push it, squeeze it with the augers, and it’ll come out as a rock. With the biomass, the oat hull pellets had to be handled more gently. There were some changes to the stoker auger so it didn’t break up the pellets and pulverize them,” he explains.

So far, Hassan Farms has not had any problems with combustion. The oat hull pellets produce more light ash that goes out of the chimney and settles into the yard, but that product is easier to handle than coal, Goossen says.

The biomass also does not flow through the boiler as well as coal did.

“We’ve had it bridge in the bin, which means that it doesn’t flow into the auger properly, so the boiler is shut down briefly,” Goossen explains. “And coal will sit and smolder in the boiler without any flame for nearly a week when shut off, whereas biomass will only do that for about 12 hours. So, if there is no heat drop for a long time, the boiler flame will go out and it needs to be re-lit. But, for us, with the chicken barns, we use enough heat even during the hot days of summer that it’s not enough of a factor.”

The pellets are also a much bulkier product than coal, which means Goossen and his team have had to be more careful when ordering a new truckload of pellets because their storage bin must be nearly empty. The main farm has a storage bin that can store 65 tonnes of coal, but only 50 tonnes of pellets.

But, for Goossen, the benefits of the biomass product far outweigh the challenges.

“I like not burning coal and putting soot up in the air. It feels better that way,” he says. “Financially, it’s a business…we had to make a decision based on this being the best for our farm right now and the best for our future.

“With climate change, we wanted to make the switch ourselves, and the carbon tax enabled the switch,” he continues. “Because as a business, you make decisions based on finance. As long as coal was going to be the cheapest source of heat, we weren’t going to switch away from that. As soon as there was a viable alternative or something had pushed coal to being non-competitive, then we switched.”

A gap in the market
Despite the benefits of using oat hull pellets, there aren’t many farmers near Goossen using biomass for heating, due to a number of barriers.

For one thing, natural gas is still fairly cheap, despite the carbon tax. Secondly, there isn’t a reliable source of local biomass in the nearby area. Thirdly, automated handling of raw biomass, such as straw bales, firewood or wood chips, is difficult, Goossen explains.

On top of that, more education is needed to make farmers more aware of the opportunity that biomass presents.

“Very few farmers consider pellets as a feasible fuel source. They are thought to be for small residential pellet stoves, not large usage,” Goossen says.

There is also a lack of a domestic market for pellets in Canada, something Goossen says is not because of a lack of demand, but a lack of supply.

“Most of the manufacturers I talked to to get wood pellets had no facilities to load our trucks to sell it domestically,” he says. “It was a bit of a surprise.

“I think there is a huge opportunity for biomass,” he adds. “There are a significant number of chicken farms still heating with coal, all of which I think would switch to biomass should it prove feasible. Grain drying is another significant possibility for biomass heat.”

And as the carbon tax raises energy prices, Goossen hopes public awareness and support for greener fuels will push other farmers to switch to using locally produced biomass.

Goossen also sees an opportunity to begin producing biomass pellets himself, using the local resources around him, including agricultural and wood waste. Hassan Farms is on the edge of a provincial forest, which means there is plenty of wood waste available that could be turned into pellets.

This will help meet demand from small local producers and address the challenges Hassan Farms has faced with regards to storing the oat hull pellets, as well as save on the costs of transportation.

But, for now, Goossen is focused on transitioning to using oat hull pellets on the second farm, and installing a boiler to be used on the third farm. He plans to have completed the transition by August 2022.