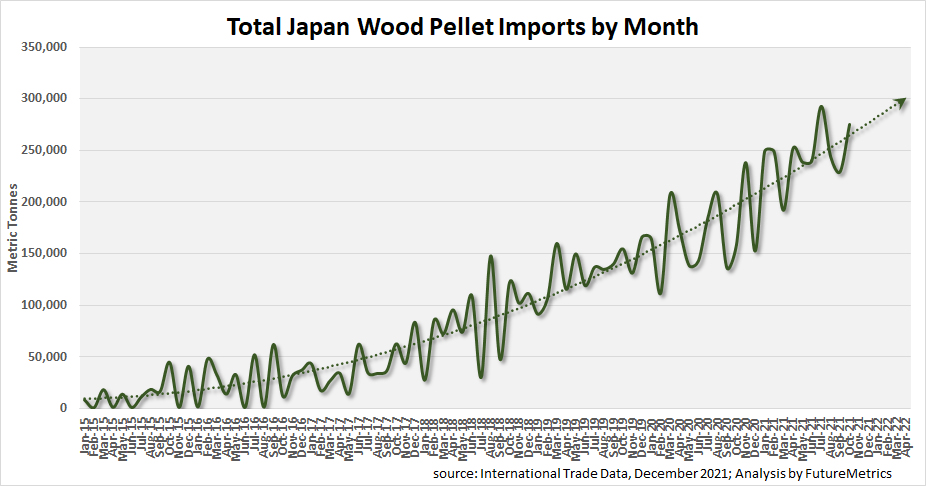 FutureMetrics has released a new white paper focused on the next wave of Japanese pellet fuel demand, which it says will come from large utility power stations.

Japanese demand for pellet fuel has grown rapidly in the past five years.

This growth in demand has been primarily supported by the many relatively small independent power generation projects that have been built to take advantage of the feed-in-tariff (FiT) for biomass fuels.

Future growth in pellet fuel demand will come from the large coal-fueled power stations. This new white paper explains why and uses a real-world example based on a recent announcement by J-Power and Enviva.