March 31, 2017 - Global trade of wood chips has seen spectacular development the past 15 years with a steady increase of about four percent annually (volumes year-over-year were up 11 of the past 14 years), according to the Wood Resource Quarterly (WRQ). 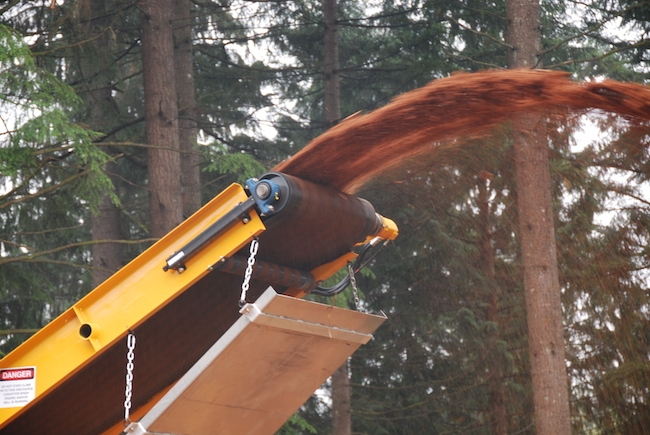 In 2016, an estimated 35.6 million tons were shipped, predominantly to pulp mills in China and Japan, which can be compared to only 21 million tons 15 years ago. While trade of hardwood chips reached a record high in 2016, shipments of softwood chips have levelled out the past few years with 2016 volumes being slightly lower than the 10-year average.

Japan and China are by far the two dominant consumers of globally traded wood chips. Their dominance is particularly accentuated for hardwood chips, where they imported 84 percent of the world’s total imports in 2016, up from 75 percent in 2007. China has surpassed Japan as the largest importer of chips in the world, and with expansion of pulp capacity on the horizon in China, it is likely that the country will be the number one destination for wood chips for many years to come (see further details in a special report in the latest issue of the WRQ).

The major sources of hardwood chips for the two dominant importers include (in ranking order in the 4Q/16); Vietnam, Australia, Chile and South Africa. The biggest change on the supply side the past three years has been the sharp increases in hardwood chip shipments from Australia, South Africa, Brazil and Chile, while exports have fallen from Indonesia, Uruguay and Thailand.

About 30 per cent of global chip trade occurs outside of the Pacific Rim with Finland, Sweden and Turkey being the major destinations. The Finnish forest industry has long been reliant on both logs and wood chips from neighboring Russia and the Baltic States. In 2016, Finland imported almost 1.7 million tons of chips to its country’s pulp industry, of which a majority was softwood chips from Russia. Current import volumes are down about 25 per cent from five years ago, partly because of increased availability of domestic chips and higher usage of pulplogs.

The fifth country on the ranking list for chip importers in 2016 is Turkey, which has become a major chip destination in just the past five years. This is the only major country that is not importing wood fiber for the manufacturing of wood pulp. Instead, the imported wood chips are consumed by a large and expanding MDF industry.

Global lumber, sawlog and pulpwood market reporting is included in the 52-page quarterly publication Wood Resource Quarterly (WRQ). The report, which was established in 1988 and has subscribers in over 30 countries, tracks sawlog, pulpwood, lumber and pellet prices, trade and market developments in most key regions around the world. To subscribe to the WRQ, please go to www.woodprices.com